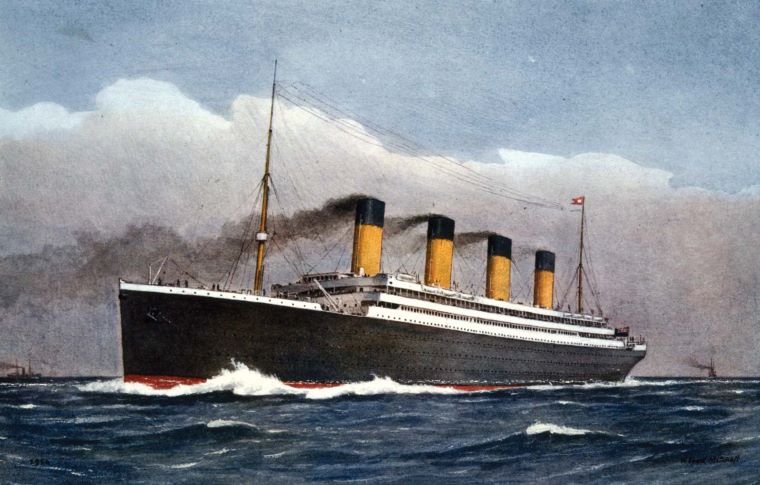 It was the luxury liner deemed unsinkable by its owners. But 109 years ago this today, the Titanic sank on its ill-fated maiden voyage, taking the lives of 1514 people – including many Scots.

The disaster claimed victims from all classes and cultures, with the wealthy left fighting for survival along with crew and passengers from the lower decks.

In the desperate scramble for the scarce lifeboats, there were allegations of treachery and bribery among the 705 who survived.

On April 16, The Daily Record carried the simple headline: “Titanic Sinks After Collision” before going on to describe how liners had gone to the scene in an attempt to help the survivors, in a small story on the front page.

We also examined why there were not more lifeboats to rescue the stricken passengers.

A list of missing Scots crewmen included First Officer William Murdoch, who was infamously portrayed as a coward, who killed himself in James Cameron’s screen version of the story of the sinking.

Other Scots on board, included land owners, a pastor who prayed with fellow passengers before dying in the icy water, firemen, stewards and a member of the band who famously played on as the ship sank.

Titanic survivor Sir Cosmo Duff Gordon was one of only 57 male first class passengers to survive.

The aristocratic businessman and his wife, Lady Lucy Duff Gordon, owned property in Aberdeen and spent much of their time living in Scotland at their grand family estate.

On April 10, they boarded the ship to travel in style to a business meeting in America. 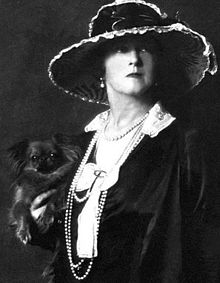 Lady Duff Gordon was in her cabin when the vessel hit the iceberg. She went to her husband, who eventually agreed to investigate. He discovered the ship was in danger and told his wife to get dressed and go up to the deck.

Punctured in places by the ice, the Titanic was damaged and filling with water.

Soon after, Captain Edward J Smith ordered the lifeboats readied and prepared to evacuate the ship, starting with women and children first – but the crew wasn’t prepared.

There wasn’t enough room in the lifeboats for everyone and others were put into the water half empty.

The Duff Gordons made their way into a lifeboat, which held only 12 passengers when it was lowered into the water, despite being built to take 40 people.

As the lifeboat slowly made its way from the stricken vessel, Cosmo was overheard promising seven crew members money not to return to help others. This was later viewed as a bribe.

The passengers of the lifeboat were taken aboard the Carpathia, the first ship to answer Titanic’s distress call.

The vessel made it to New York City several days later and not long after the disaster, the Duff Gordons were back in Britain.

They became the subject of much ridicule, with their lifeboat being dubbed the “money boat”.

Both Cosmo and Lucy Duff Gordon were called to testify at a British inquiry into the sinking of the Titanic. While Cosmo was found to be innocent of any wrongdoing, he continued to suffer in the court of public opinion.

This cast a dark shadow over the rest of his life, which he spent in seclusion at Maryculter, his family estate in Aberdeenshire.

His story is in stark contrast to that of Baptist pastor John Harper from Houston, Renfrewshire, who died while trying to help others.

The courageous 39-year-old was a widower and was travelling with his six-year-old daughter Annie Jessie Harper and his niece Jessie Leitch.

The trio travelled to Southampton to board the ship after John was offered a chance to preach as a pastor in Chicago. 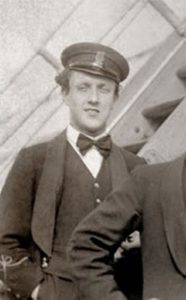 He became the first pastor of Paisley Road Baptist Church in 1897 and, under his care; the church quickly grew from 25 members to more than 500.

His daughter and niece were put on a lifeboat on the night of the Titanic disaster and survived, but John stayed behind, offering words of comfort to others. As he put his daughter into a lifeboat, he kissed her head and told her he would see her again soon.

Deep down he probably knew that would be the last time he saw his beloved little girl.

Some who survived said he preached the gospel to the end.

William McMaster Murdoch was employed by White Star Line as First Officer on the Titanic and was born in Dalbeattie, Dumfriesshire.

A competent seaman, William, 30, worked hard to establish himself and married New Zealander Ada Florence in 1907.

William was in charge of the ship’s bridge at the time of the collision and was put in charge of the starboard evacuation, during which he launched 10 lifeboats, containing almost 75 per cent of the total number of people who survived.

William was last seen trying to launch a collapsible lifeboat in a desperate effort to help others to safety. His body, if recovered, was never identified.

In the Titanic movie, starring Leonardo Di Caprio and Kate Winslet, he was shown committing suicide, which sparked outrage as witnesses had seen Murdoch in the water assisting others as the ship went down.

The film’s producers were asked to change the suicide scene but refused.

Studio executives later flew to Murdoch’s hometown in Scotland to issue an apology to his surviving relatives and established a memorial fund in his name.

In Dalbeattie there is a memorial to his heroism and a charitable prize has been established there in his name.

The prize was given a donation by the James Cameron film for its false portrayal of Murdoch after the complaints from the town’s residents.

Two remarkable men from Dumfries also sailed on the Titanic’s ill-fated voyage, with one of them part of, perhaps, the most famous orchestra in history.

Violinist John Law Hume, 21, was one of the eight band members who kept playing as the ship sunk into the icy waters.

One of their songs was Sarah Adams’ Nearer, My God, To Thee. 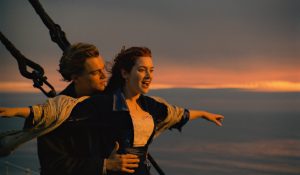 John was recruited to play on the maiden voyage due to his good reputation as a musician and boarded in Southampton.

Many of the survivors told how he and the band continued to play until the very end, with one famously saying: “Many brave things were done that night, but none were more brave than those done by men playing minute after minute as the ship settled quietly lower and lower in the sea.

The music they played served alike as their own immortal requiem and their right to be recalled on the scrolls of undying fame.”

Hume died unaware his fiancée, Mary Costin, was pregnant with his child.

Exactly 115 days after the ship’s sinking, a demand for five shillings and four pence to cover a new collar on his tunic, cleaning, pressing of his uniform and sewing on a badge bearing the logo of the White Star Line was sent to his father Andrew Law Hume. He decided not to settle the bill.

Third class steward Thomas Mullin of Dumfries was only 20 when he perished at sea and his was the last body to be recovered.

A few years ago an English collector, who was selling a pocket watch, found on his frozen body, on eBay had a change of heart and cancelled the auction as the top bid reached £11,500 – with just 36 hours remaining.

The white-faced watch, damaged beyond repair and without any hands, had been offered with a certificate of authenticity and documents detailing the life and family of its owner.

A crew badge belonging to Mullin, who signed on just four days before departure, has already sold at auction for £28,000.

After the disaster, both men were buried at Fairview Lawn Cemetery in Halifax, Nova Scotia, Canada.

A 16-foot tall memorial is erected to Hume and Mullin in Dock Park, Dumfries.

The lack of lifeboats was identified as one of the main reasons for the massive loss of life in the disaster but not many people know those carried by the boat were actually designed by a Scot who was on board.

Roderick Chisholm was born in 1872 in Dumbarton and had worked for the ship’s builders Harland & Wolff at their Clyde works before moving to their Belfast shipyard.

He was chief draughtsman at Harland & Wolff and crafted the design of the lifeboats while based at the Belfast yard.

Because of his detailed knowledge, he was selected to travel on the Titanic as a member of the guarantee group. 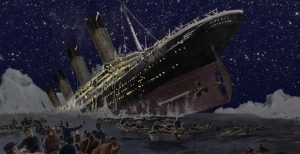 He died in the disaster and his body has never been recovered.

Other Scots believed to have perished include William Kelly, who was born in Glasgow in 1888. He was an assistant electrical engineer and Titanic was his first sea voyage.

James M Smith was born in Elgin, Moray, in 1887 and had worked on the construction of several ships before being asked to work onboard Titanic. He left a widow and young son and an estate worth £112.

William Mackie, 32, was born in Glasgow and worked on the Majestic and Olympic before being transferred to Titanic to work in the engine room.

Engineer William Moyles, born in Glasgow, was known as Billie and sacrificed his life by trying to keep the power and lights on for as long as possible. Engineer James Fraser, 29, from Aberdeen, also perished.