The View From Ireland 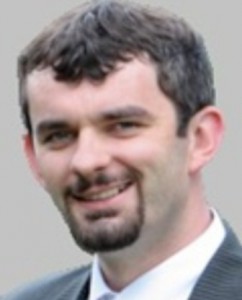 Where stands the Irish Republic? I have been asked to speak on this question at a summer school in Donegal later this month. The debate involves a deep reckoning with the ghosts of the Republic past, present and putative. All of which will, it is hoped, light the way to knowing something of the future of the Republic.

To many, the Irish Republic began in 1916 with the Proclamation of Irish Independence; for others, Ireland became a full republic in 1921, the year when the Free State came into independent existence, while the North’s fate within the union was copper-fastened; others still, but very few, cite 1949 as the first year of the Irish Republic because it was officially ratified within the bounds of our constitution in that year.

None of these claims are quite right because the debate is a mismatch to begin with. Res Publica, public affairs governed by the people based on the consent of the people, could not have been established in 1916, 1921 or 1949. The 1916 Easter Rising was the action of a small revolutionary cohort that seized a handful of strategically useful buildings in Dublin—their revolt only gathered the momentum required to galvanize into a potent physical force movement when the British bombed Dublin and executed the leaders. The 1921 Treaty resulted from the British government’s blackmail that more bombing and destruction would ensue, unless Michael Collins and his fellow negotiators accepted the coercive terms on offer. 1949 was a political side-show that achieved all but nothing.

The Irish Republic was proclaimed, negotiated and established by small groups of people. We have no mass movement to hark back to that demonstrably led to a shift in national boundaries and an assertion of national sovereignty—Daniel O’Connell’s mass movement had concentrated on improving the lot of Catholics and extending the franchise. The War of Independence (1919-21) had the potential to provide such a chapter in the narrative of our republic but its achievements were diminished by the divisiveness of the Treaty and the ensuing Civil War (1922-23), which quashed any hope of a unified settlement by the people for the people.

The most formidable mass resistance against imperial governance we have had—the Land Wars led by Michael Davitt and Charles Stewart Parnell in the 1870s and 1880s—was nevertheless a movement that would have settled for Home Rule, a devolved parliament. The mass of Irish people have never, unlike the French for example, sufficiently engaged in a specifically republican agenda to establish one firmly enough.

So much for the Irish Republic, a political entity, but what about Ireland as a nation?

Our nation has, unlike the republic, been movingly secure for quite a long time. We have been clear about the need of a nation of our own (a determination that could yet save us from the gargantuan assault on our independence by the economic system that we currently face). Unlike, say, our cousins across the Irish Sea in Scotland, who will participate in an independence referendum next year and will almost certainly vote against it, the question of whether Ireland is an independent nation has been answered in the affirmative and still would be. However prominently 1916 stands in our history, the source of Ireland’s will to gain national independence was born of a much earlier period, one of extreme deprivation and suffering, The Great Famine (1845-52).

Consider, for example, the editorial line of a newspaper that was founded during the famine, The Nation, which was resolutely separatist in its politics: hardly surprising given that its leader writer was the revolutionary John Mitchel. Mitchel, radicalised by the wreckage of the famine, strongly believed that the famine was a design to subjugate Ireland, or even to wipe its people out; that the only survival possible would come from unified resistance, and he exhorted his readers to ‘intimidate’ anyone who facilitated trade with the imperial presence in Ireland or who bid on the cottages of the evicted.(Mitchel’s spirit still animates Irish life: just this month an angry crowd gathered outside The Shelbourne Hotel in Dublin to protest against people buying repossessed properties. Allsop, the English auctioneering company that is overseeing such transactions, maintained that they mainly deal in commercial properties. The ugly scenes forced Allsop to retreat to online auctions).

Historian Joseph Lee develops the importance of separatism in his The Modernisation of Ireland 1848-1918, tracing the growth of the Fenian Movement to the famine, causing the destruction of the Liberal unionist and Catholic power base. While the bishops and unionists deplored the strike for an independent Ireland, through physical force methods if necessary, Fenian candidate O’Donovan Rossa managed, from the disadvantaged position of an English prison, to get elected in Tipperary against D.C. Herron’s strong candidacy in 1869. Just one generation after the famine, O’Donovan Rossa, himself from Skibbereen, an area ravished by the famine, won victory over a unionist candidate because he was a nationalist and Herron was unionist. Lee credits this moment as ‘the birth of modern Irish politics’ and Lee’s analysis is correct. The famine had forged a deep drive for nationhood in the body politic, one that could not be papered over with the watery promise of reform.

The milestones in establishing the Irish Republic are highly important and it is right that their role in forming our political structure should be understood. But to vest overmuch emphasis in the formation of the republic rather than our sense of nationhood is to miss an important point. The reason why Ireland achieved its independence is not, I suggest, due to major events in parliamentary or revolutionary politics. The republic was born and incubated by the formulation of a national awareness that our country should be independent and free, and the implacable will to establish the Irish nation rose from the famine’s mass graves.