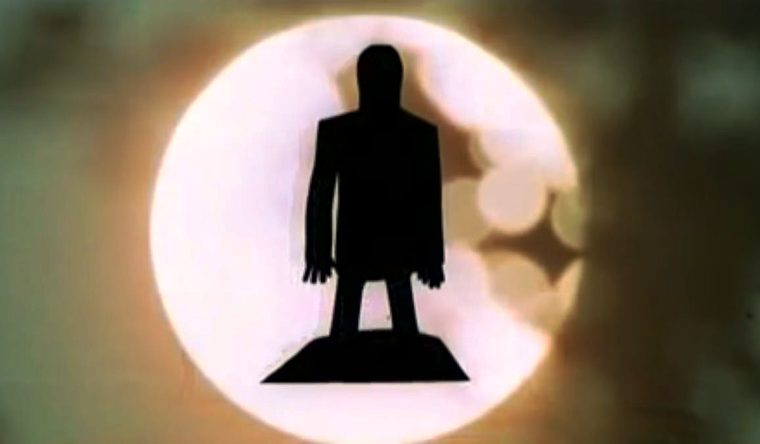 The Wicker Man is purported to be one of the means by which the ancient druids made human sacrifices. According to a number of classical authors, the druids partook in human sacrifice, though these authors usually did not specify the way these sacrifices were carried out. Nevertheless, references to a form of druid human sacrifice which utilized the ‘wicker man’ can be found in two classical sources.

Second-Hand Knowledge of the Druids

The druids were a class of people within the societies of the Celts who inhabited Britain and France. Almost everything we know about the druids today can be regarded as second-hand knowledge. Known surviving texts that mention them were written by non-druids, most notably the Roman leader Julius Caesar.

The druids were thought to be highly revered, and played a variety of important roles in their community. The druids served, amongst other things, as teachers, judges, philosophers, and mediators between human beings and gods. Ancient sources write that the druids often performed human sacrifices, which may or may not be true. If it is true, one of the means by which the druids supposedly sacrificed their human victims was with a device now known as a ‘wicker man’. 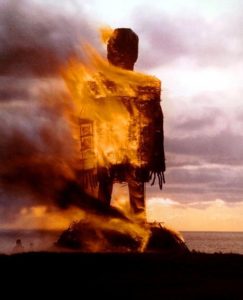 In Julius Caesar’s The Gallic Wars , it is recorded that the Celtic tribes inhabiting the region of Gaul were extremely superstitious. Additionally, Caesar wrote that the Celts believed “that unless the life of a man be offered for the life of a man, the mind of the immortal gods cannot be rendered propitious”. Thus, human sacrifices were said to have been commonly performed by druids employed by those who are afflicted by severe diseases or engaged in battles or dangers. Nevertheless, human sacrifices “ordained for national purposes” may have also been performed.

Caesar also claimed that human sacrifices involving criminals were “more acceptable to the immortal gods”, though when supply was short, the innocent would also be sacrificed. During this discourse of Celtic human sacrifice, Caesar provides one example of the way the druids carried out this task, which involved “figures of vast size, the limbs of which formed of osiers they fill with living men,” These figures are the so-called ‘wicker men’, which would then be set on fire, and the men in them would be destined to perish in the flames.

This form of human sacrifice can also be found in Strabo’s Geography. This ancient writer claimed that the Celts “devised a colossus of straw and wood” for the purpose of sacrifice. Unlike Caesar, however, Strabo records that “cattle and wild animals and all sorts of human beings” were thrown into this colossus, and then burnt. Strabo also asserts that the ‘wicker man’ was just one method of human sacrifice, and two other examples of how the druids performed human sacrifices are given, “they would shoot victims to death with arrows, or impale them in the temples”

In reality, it is unknown if the druids actually used ‘wicker men’ for human sacrifices. It has been argued, for instance, that such a device would have been neither practical nor realistic. Although wicker objects are said to be quite strong, they would lose their structural integrity quite quickly when set on fire. 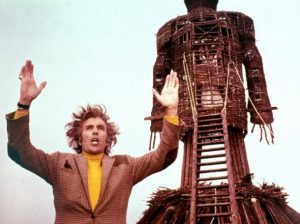 A live animal or person within a ‘wicker man’ could also struggle and break it an attempt to escape. It may be possible that the people / animals prepared for the sacrifice were drugged prior to being placed in the ‘wicker man’, though neither Caesar nor Strabo recorded such a practice.

The story of the ‘wicker man’, which may have been quite obscure, became popular thanks to a 1973 British horror film called The Wicker Man . This film revolves around a devoutly Christian Scottish police sergeant who is sent to an isolated Hebridean island called Summerisle to investigate the disappearance of a young girl. The climax of the film occurs when the sergeant is sacrificed by the inhabitants of the island, who are pagans, in a ‘wicker man’.

The ‘wicker man’ is also used in today’s neopagan practices, specifically for the celebration of a fire feast or at harvest time. Fortunately, however, humans / animals, are no longer placed within this structure.