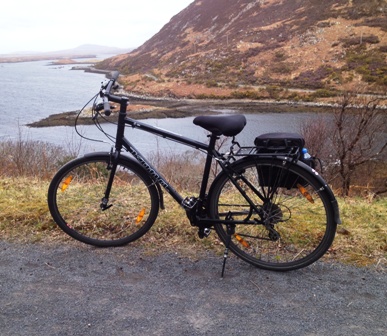 The past permeates the present across Ireland; the country’s people and places are woven together in legend and lore, and millions of travelers explore the Emerald Isle’s history, heritage and natural beauty each year.

Interestingly, though the northwest counties of Mayo, Sligo and Donegal are plush with rugged landscapes and ragged coastlines, they don’t enjoy the same number of annual visitors as other parts of the island.

“The south gets most of the attention,” admits my tour guide John Carew, a Sligo native. “You can actually draw a line from Dublin to Galway, and everything under that line seems to do very well, all year round.”

Carew explains the discrepancy. “Behind Dublin and Belfast, Cork is the largest city in the country, with many shops and activities, and there is the Titanic connection as well. In Clare you have the Cliffs of Moher, and the Burren, and in the southwest there is the Ring of Kerry – all of these are known around the world, and our tourism agency has done well to market and brand their familiarity.

“The thing is,” he continues, “Mayo, Sligo and Donegal have just as much to offer in terms of scenery and sheer experience as anywhere on the island. In fact, there are parts of those counties that are even more beautiful than the south; undiscovered spots where time stands still.”

Sure enough, leaving Clifden and winding our way north through Connemara, we are welcomed by gentle rolling hills, pristine ponds, and babbling brooks. We stop the car every few hundred meters to take photographs.

A rainbow arcs over the region’s most famous structure, Kylemore Abbey. The extravagance and opulence of the 1920s-era palace is matched only by its spectacular surroundings of dense forest and a clear lake. Fittingly, on this first day of spring, the heather is rich and full, and the birds carry melodies through the woodlands.

Minutes later, we pass through petite, picturesque fishing villages along the Connemara loop. The inlet’s surf is still, shading light blue and green. The tide is receding, leaving boats of all shapes and sizes stranded on the strand.

There is little traffic along route N59 – almost too good to be true.

“It does get a bit busier in the summer months,” says Carew. “There are more tour buses, campers, RVs, cars and motorcycles. We get visitors from America, Canada and Australia, but in recent years we have seen many more Germans and Dutch. A lot of people prefer this part of Ireland because it is quieter.”

That sense of serenity is evident en route; fields of green sit silently, with homes and cottages few and far between. The only signs of life are stray sheep, and white wisps of peat smoke billowing from house chimneys. The scent is unmistakable, harking back to bygone eras.

“Not much changes up this way,” shares Carew. “The land is as it has been for centuries. Even some of the older stone structures that lay derelict have been sitting there for generations.”

In nearby Maam, it was recently announced that the thatch-roofed cottage used in the 1951 cinematic classic The Quiet Man – starring Maureen O’Hara and John Wayne – will be refurbished. Also close is Gaynor’s Bar, setting for the pub scenes in the Richard Harris film The Field. Both movies do well to capture and convey the area’s rural roots, says Carew.

Past the quaint villages of Westport and Newport is Mulranny, a seaside town on the shores of the Clew Bay. From here I rent a touring bicycle, peddling 13 kilometers to Achill Sound. The tailored trail is flat and well-marked, and the experience is exhilarating; with mountains and ocean on both sides, and a big sky overhead, I am embraced by the crisp salt air.

At trail’s end I re-connect with Carew, and we cross over to Achill Island and the Atlantic Drive – 25 miles of timeless terrain. To the right, abandoned famine-era ruins and aged Celtic crosses pepper fields of bog. Left, along the shoreline, the sea plays hide and seek as we ascend the cliffs. The rocky bluff offers up breathtaking views of the area. We are at one of the most westerly points of the island, at the edge of Europe, on the ledge of the Wild Atlantic Way.

“Not many people make it this far out,” muses Carew, almost breathless. “They really don’t know what they’re missing. Mind you, maybe the people here prefer it this way. After all, they might have the best kept secret in Ireland.”