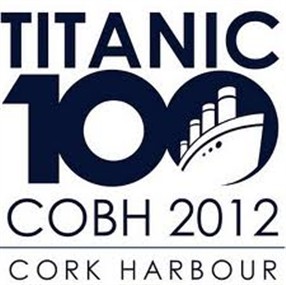 Relatives of poor Irish passengers who drowned when the Titanic sank 100 years ago gathered yesterday at the liner’s last port of call, while local officials sought to use the anniversary to boost the flagging local economy.

“It’s a very poignant story and also so tragic. Here they were boarding one of the finest vessels ever built and it came to such a sorry end,” said Helen Murphy, grand-niece of 18-year old Nora Hegarty, who left Cobh on the Titanic to emigrate to the United States with her first cousin.

Neither of the pair, both third-class passengers, survived the disaster.

Approximately 1,500 people watched the ceremony, held on a stage overlooking the sea, with some residents gathering on the rooftop of the Commodore Hotel, the last port of call for some of the wealthier Irish passengers.

The picturesque coastal town and naval base, which has seen jobs decimated in recent decades by the closure of a steelworks, is latching on to the Titanic story in a bid to bring much-needed investment to the area.

Of the 6 million people who emigrated from Ireland between 1848 and 1950, 2.5 million left from Cobh, known as Queenstown until 1922, according to the local heritage centre.

The Titanic anniversary is “refocusing our minds on emigration … which is of course becoming a big issue in Ireland again,” said Louise Ryan, a 45-year-old Cork native visiting Cobh form London where she works as an academic.

Emigration by Irish nationals was up 45 percent between 2010 and 2011 as the unemployment rate surged to over 14 percent compared to 4.6 percent in 2007, before a property bubble burst and the economy was brought to its knees.

“History repeats itself. It’s not just in the mists of time,” Ryan said.

Growth in tourism is seen by the government as one of the key drivers of the domestic economy, which needs to grow if Ireland is to escape from under its huge debt pile.

In Cobh, the decline of industry has left tourism as the mainstay of the town’s economy. Local officials expect 60 cruise liners to visit this year including a cruise ship retracing the Titanic’s fateful voyage, which left on Monday.

To capitalise on the Titanic, the town opened a visitor centre in February in the dilapidated White Star Line ticket office building, which survived two fires in the past decade as it lay empty and prey to vandals.

“The only way we can stop the next wave of emigration is by getting the economy back on its feet,” said Redmond O’Donoghue, chairman of Failte Ireland, national tourism development authority.

Events linked to the Titanic include open-air concerts, art displays and a naval fleet review. Local restaurant Gilbert’s has recreated an 8-course dinner enjoyed by the first-class passengers on the luxury liner, including filet mignon and Waldorf pudding.

Later this week, the restaurant will also put on the menu a third-class lunch boasting a less luxurious staple of corned beef and cabbage.