To Be Celtic Today 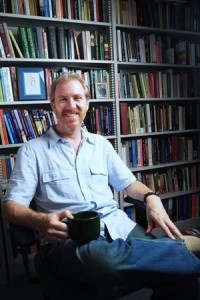 In the second installment of a year-long, six-part series examining Celtic culture, Joseph Lennon, Director of Irish Studies and Associate Professor of English at Villanova University in Pennsylvania shares his perspective on what it means to be Celtic today.

To be Celtic today is to find a place in the stories and heritage of the modern Diasporic Celtic cultures.  The emotional register of those stories is rich, its pains resonant, its pride distinct, and its accumulation of connotations surprisingly consistent.  As with any culture, a good deal of invention and reinvention has occurred to keep it vital, but some associations have long endured. Celtic culture most often risks, not least in North America, disappearing into whiteness, with its bland allure of privilege, anonymity, and acceptance.  But Celts have a sturdy history of resisting irrelevance.

Texts like James Macpherson’s pseudo-translations of Ossianic legends in 1760 and Charlotte Brooke’s 1789 translations, Reliques of Irish Poetry, spurred the first Celtic revival in the British Isles.  Celtic appreciation has always stemmed from the sense that the Celtic (a relatively new appellation) was an ancient culture, of which only fragments, relics, and traces existed.  That impression, despite evidence to the contrary, has long given those interested in Celtic cultures a poignant sense of the past and an obligation to tradition.

In the late 18th century, the six Celtic languages—Irish, Scots-Gaelic, Welsh, Breton, Cornish, and Manx, identified as such in 1709—began to be more closely associated with the lands and folk cultures where they were spoken.  Since then, those cultures and their Diasporas, have maintained a keen sense of cultural history and, a pervasive sense of the dissolution of their cultures.

The ideas and writings of scholars and poets such as Ernest Renan, Matthew Arnold, William Butler Yeats, and Ethna Carbery, all contributed greatly to our modern understandings of the Celtic. Arnold, an English writer, school inspector, and admirer of Celtic literature, described the Celt in many positive respects, yet he also described in On the Study of Celtic Literature (1867),  the Celts as  passionately idealistic yet impractical.  Ireland’s great poet, W.B. Yeats put a more positive spin on Celtic culture, treating it as imaginative, convivial, nature-loving, and in touch with humanity’s ancient ways.

When I consider what it means to be Celtic today, language, music, literature, and art come to mind, as does the history of “undefeat” (to quote Frank Gallagher’s modernist hunger-striking diary, Days of Fear ).  This connotation has also been with the Celtic for centuries.  In 1707 when Edward Lhuyd first applied the term Celtic to the related grammars of the modern Celtic languages, he replaced the then-standard term for the languages and cultures of Ireland and Scotland: “Scythian,” whence the name Scotland was derived. Long before these countries were considered Celtic, they were called Scythian, a descriptor even more flawed than that one that suggested the Irish were the historical descendants of the Keltoi to the north of Greece and Rome.  Lhuyd sought the new term to astutely link these languages and to associate the cultures with those who supposedly sacked Rome and dissolved its empire.

Naming these cultures Celtic coincided with British fascination with Roman culture—the Augustan Age of Great Britain—when writers, thinkers, and imperialists compared Britain (purportedly named for Brutus) with Rome. As the British became the inheritors of the Roman Empire, the modern Celts inherited the mantles of the barbarians that attacked Rome’s science, learning, religion, and might. It’s small wonder that modern Celtic cultures embraced the arts and sciences, and resisted strenuously those connotations. In a sense, Celtic cultures sought ways to exceed the expectations Great Britain helped create for its backyard barbarians.

What these modern Celts created, instead, continually strove to demonstrate an easy and ancient civility.  Such civility, along with wit, ardor, intelligence, and hospitality, remain cardinal qualities of most Celtic places I know.  Archness, arrogance, and dismissiveness do not easily exist in Ireland—from the office of An Taoiseach and Áras an Uachtaráin to pubs and churches in west Cork, where common ground is sought and culture highly valued. As with the iron-age La Tène culture, one remarkable aspect of modern Celtic cultures, is the portability and attraction of its culture. Tourism is a staple of Celtic homelands; and with the appointment of Ireland’s first Minister for the Diaspora last summer – whose hope it is to attract over 7 million visitors to Ireland in 2015 – it is obvious that Celtic ties are stronger than ever.