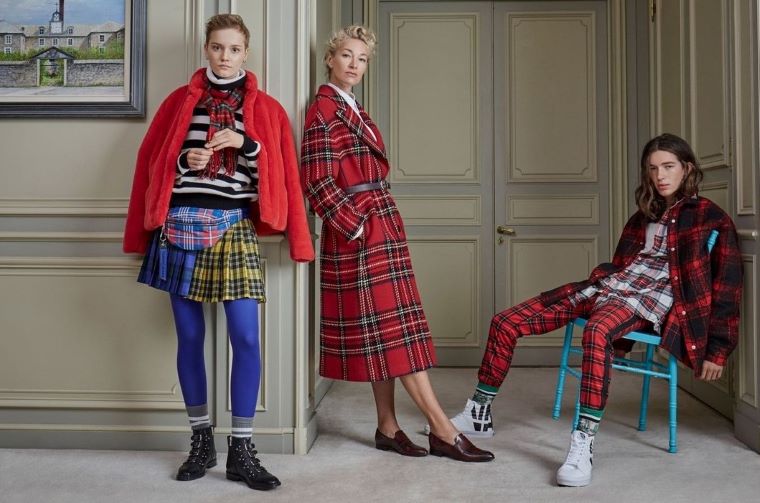 Nowhere in the world is there such a versatile textile design capable of displaying such aesthetic beauty, evoking such heartfelt images and providing the wearer with such strong ‘genetic links’ to the past. After many centuries it is still a living, evolving expression of national pride and individuality that shouts out to the watching world, “Look at me and look at whence I came!”

In these modern times, sight is all too often lost of tartan’s place in the Gaelic heart – probably best displayed by the following poem from Carmina Gadelica, an early 19th century collection of Celtic folk prayers, charms, rituals and omens by folklorist Alexander Carmichael. 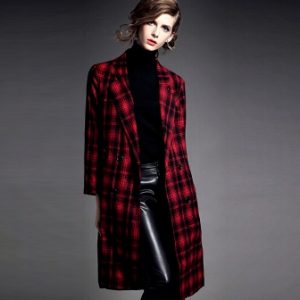 Exposed to such spirituality, one has great sympathy with many of the early tartan researchers – and indeed with some modern observers – who perhaps felt that tartans should be preserved in aspic and that new ones should be discouraged, or at the least, policed in some way. But since the 18th century and the arrival of large commercial weavers such as Wilsons of Bannockburn . . . the cat has been out of the bag . . . the genie out of the bottle.

Amongst woven textiles, tartan reigns supreme in its versatility. The Scottish Tartans Authority has in its International Tartan Index (December 2009) over 7,000 entries, no two of them being the same. A tartan pattern is formed by woven bands of different coloured yarns crossing each other and forming intermediate shades. With six yarns this will produce a total of 21 different colours – the pure ones where the same colours cross each other and complementary half tones where each colour crosses another.

To quote Sue Grierson in her book ‘Colour Cauldron’ “Standing in isolation any colour has its own identity, but when colours lie side by side they lose their own individual nature and take on a new combined identity. The human eye is influenced by both colours at the same time and a ‘sense’ of their total colour is obtained. When six or even eight colours are combined, then the eye is left only with an overwhelming ‘sensation’ of colours. Designers of tartans could create effects by choosing one predominant shade, say red or blue, or they could gain effects by balancing contrasting colours. When tartan first became ‘high fashion’ in the mid 19th century, tartan makers had perfected both the skill of making colour and the sophistication of using it to give real visual delight.”

In a world being dragged into ever-increasing standardisation, individuals, families, associations and businesses, large and small, have not been slow to appreciate the advantages of acquiring their own tartan: for individuals and families it is a way of creating a unique and evocative identity that reflects the country of their forebears; for associations it is an historical ‘logo’ and a proclamation of their ‘trade’; for a business it bestows a quality cachet that reflects their ‘dependable’ Scottish roots.

Such expansion has brought with it of course, certain disadvantages – a proliferation of aesthetically challenged tartans, many of them with names to match. The advent of computerisation and the logical but sad appearance of widely available tartan design programmes, now empowers anyone to ‘design’ a tartan. Unfortunately, computer software, a mouse and a Scottish great-great grandfather do not a designer make – as many of today’s ‘amateur’ tartans testify.

There are what might be thought of as two opposing camps in the design world. Firstly there are the tartan academics with an extensive knowledge of the history and lineage of tartans: this allows them to create designs with echoes of the past and touches of tomorrow’s history. Then there are the professionally trained textile designers who understand dyes, design structure, colour combinations and who have that vital ingredient – artistic flair. The ideal tartan designer will combine the attributes of both and when that happens or when academic and designer link their talents, the world of tartans is by far the richer. 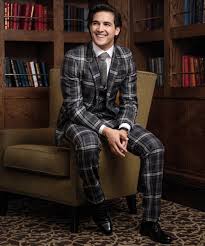 The ‘old world’ of tartan has to take care that it is not hidebound by the past: it may raise an eyebrow but it should not disdain the ‘new world’ of tartan. After all, the north American ‘Kirkin’ o’ the Tartan’ is not too distantly removed from the Gaelic sentiments of spirituality from Carmina Gadelica: the symbolism of colours used in new tartans is not too distant from the Victorian invention of the funeral tartan; the speckled grey of Prince Albert’s Balmoral tartan or the blue and green of the Rangers and Celtic football club tartans.

Tartans now encompass the spectrum of human interests and endeavours and span the globe – and beyond! Alan L. Bean, the lunar module pilot of Apollo 12 took half a yard of MacBean tartan to the moonand back in 1969: perhaps some kind US space engineer with Scottish roots will ensure that tartan is also introduced to the Martians! To help the sale of War Bonds in 1942 Walt Disney designed the MacDuck tartan for curmudgeonly old Scrooge MacDuck – Mickey’s Scottish uncle. Those fans of America’s LAPD will be interested to know that they also have a tartan, as does the famous F.B.I. The Royal Canadian Mounted Police have one, so does Britain’s Royal Air Force and many of America’s military bodies. The stories behind some modern tartans are fascinating – the West Point Military Academy tartan was designed by the late Harry Lindley who was Highland dress adviser to Britain’s Royal family. The Academy wished to commemorate General Douglas MacArthur so Harry Lindley used the Douglas grey and then incorporated yellow to represent the chevrons of the cavalry.

Numerous American states and Canadian provinces now have their own tartan. Hundreds of businesses from global players such as American Express and Enyclopedia Britannica to smaller companies throughout Europe and beyond. Brittany in France has its own district tartan. Famous whiskies such as Glenlivet, Glemorangie and Johnny Walker boast a tartan. The Hilton Hotel in Hong Kong has one, as do the Sultan of Johore in Malaysia, the Sultan of Quabboo in the Persian Gulf and the Toronto Blue Jays and the Tokyo Bluebells . . . . Norway, Sweden Australia, New Zealand, Ireland . . . the list is almost endless.

One of the most enduring and endearing tartans to be produced in modern times has been the Flower of Scotland, designed and woven in 1991 by the House of Edgar as a special tribute to the late Roy Williamson. Roy, who sadly died in 1990, was one half of the famous ‘Corries’ group and in 1960, composed the evocative words and music for what has become Scotland’s unofficial national anthem. The tartan has enjoyed world wide popularity and is worn with great pride in any country where Scots have settled.

No other fabric in the world could encapsulate such a range of images and emotions ~ tartan is truly ‘all things to all men’.