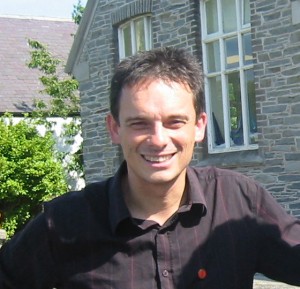 After two decades of determined effort, revivalists on the Isle of Man are rejoicing in a surge of public support for the Manx language. Now, they have produced the first free Manx Gaelic app for smart phones, while also making plans to use Skype to support Manx language learners overseas.

The plan for an online Skype link arose after language officers received inquiries from speakers as far away as Australia, the U.S. and Canada.

“The most successful speakers are the ones who get together with others to practise and just give it a go, so this is something that could be really helpful,” says Adrian Cain, Manx Language Development Officer for the Manx Heritage Foundation.

“There are already many things going on via social networking sites like Twitter and Facebook, so Skype is just another way of creating a network of Manx speakers.”

The newly available app follows the Saase-Jeeragh adult-language programme that is working well on the island. The first 10 of 30 units are now free to access for users of iphones, ipads and android phones and the rest should be available early in 2013. The app has received financial support from telecom provider Sure, and Cain says it’s another example of the close relationship between the island’s business and language communities.

Cain, who exudes enthusiasm for his work, has been in his role for eight years and sees his job as helping to revitalize the island community of around 80,000. He aims to share the joy of Manx Gaelic with as many learners as possible.

And that number is growing. The island has Manx-language playgroups and nurseries. The Bunscoill Ghaelgagh, a Manx-medium elementary school, has been running for ten years. There are currently around 70 children at Bunscoill, another 1,000 learning Manx in mainstream schools, six youngsters taking A (Advanced) Level Manx and 100 adults in language classes. Around the island, Manx Gaelic signage is increasingly visible.

“Public attitudes are much more positive now and there are a growing number of people – especially the young – who speak and use the language,” Cain says with a grin, “It’s a success story.”

In September, children celebrated the publication of a Manx-language version of the much-loved kids’ book, The Gruffalo. Translated by Natalie Nic Shìm, the book was supported by the Manx Heritage Foundation and Lloyds TSB.

The island also enjoyed Cooish or Manx Language Week in October. With the support of local businesses, organizers staged lectures, classes and concerts. A highlight was the annual Ned Maddrell Lecture, which was delivered by linguistic anthropologist Dr. Emily McEwan Fujita from Canada who spoke about the status of Scottish Gaelic in Nova Scotia. Music was provided by Mary Macmaster and Donald Hay from Scotland.

It’s easy to forget that until recently the Manx language looked likely to die out.

Cain doesn’t want future historians to see his home as a footnote to European and British history – as little more than an off-shore tax jurisdiction.

“We can strive to achieve much more, and hopefully in the process, become an integral part of the cultural and political milieu of modern Europe,” he says. “And the Manx language is central to this.”

Cain says the island’s successes illustrate to the world – and to many on the island – that there is more to the Isle of Man than tax, motorbikes and tail-less cats.

“We have our own culture and a successful revival of interest in the language. Through the hard work, historically unpaid, of many enthusiasts and activists we now have a growing and vibrant language community…No-one else will look after our language; it’s up to us to do it, and not be shy of saying how good we are at it.”