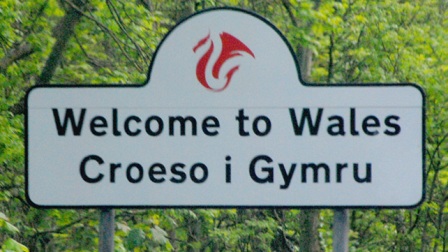 Cardiff has been over-run from down-under this weekend, as Australia takes on Wales later today at Millennium Stadium as part of the ‘Autumn International Rugby’ series.

The annual affair is a fall tradition in the Welsh capital, and teams from Fiji, New Zealand, and South Africa will also be making stops here in the coming weeks.

Cardiff has grown accustomed to foreign accents in recent years, however, becoming an international hub for students and workers alike. Today, it is not uncommon to meet both transplants and transients from all parts of Europe, North America, Asia, Africa, South America, and yes, Australia.

“It’s quite refreshing actually,” says Dr. Mike Davies, who will be my tour guide for the coming week. “Wales, and Cardiff in particular, has always attracted people from away because there has been steady work here in the iron and coal mining industries. But for a long time it was mostly folks from Ireland, Scotland and England.”

And while the Welsh capital enjoys its newfound global repute, it doesn’t take much to return to the country’s roots. Within minutes we are out of the city, and quickly awash in the plush landscape of Caerphilly, where a 13th century Norman castle stands over acres of farmland.

Originally a Roman-era fort, Caerphilly Castle is one of 640 such structures across the country. In many cases, the Normans and other invaders built atop or aside the original edifices, often recycling the stones.

Evidence of this is found in nearby Caerleon, a quaint village with 1,000 year-old walls, where two small museums house even older artifacts from the Roman occupation (47 AD to 383 AD). The Sirules, an ancient tribe of Celtic warriors from the area, once fought the dreaded empire here.

Davies notes the Celtic connections in each small town we pass through, highlighting landmarks in Newport, Cwmbran, Pontypool, Abertillery, Ebbw Vale, Abergavenny, Crickhowell, Merthyr Tydfil and Pontypridd – all located within an hour drive of Cardiff.

In spite of the influx of foreign influence – Romans, Normans, and Britons amongst others – Wales has somehow retained its distinct Celtic identity.

“In fact, we might be the most Celtic of all the Celtic nations,” explains Davies, citing a recent study showing that the Welsh have more Celtic DNA per capita than Scotland, Ireland, Cornwall, Isle of Man or Galicia.

“Interestingly, it is Brittany that has the most in common with Wales,” he continues, noting migratory patterns between the two countries, and similarities in language.

“Like Brittany, what we know as Welsh today is rooted in the Brythonic Celtic languages. It evolved and took on a life of its own shortly after the Romans departed – and that really signaled the birth of Wales as a nation.”

Unlike both Irish and Scottish Gaelic, however, the Welsh language has never been threatened by extinction.

“Very simply put, it never went away,” says Davies. “Although residents in the bigger urban areas like Cardiff and Swansea predominantly speak English, the rural population is still quite bilingual.

“In fact, up until only a couple of generations ago, for most people living in small villages through the central, western and northern parts of the country, Welsh was their first language, and often their only language.”

Modern preservation efforts began in the 1960’s – like Canada, the country is now officially and legally bilingual – and today over 20 per cent of the nation’s 3 million residents speak Welsh fluently.

“It is now mandatory in the schools,” says Davies, whose own 5 year-old son studies the language. “And most of the signs here are in both Welsh and English. Ironically, perhaps, where we have seen the greatest growth for learning Welsh is in Cardiff.”

As if on cue, we re-enter the capital city. The Australian rugby fans are everywhere; overflowing from the pubs onto the streets, singing, waving flags, arms draped over one another’s shoulders.

Davies – a lifelong fan of the game – laughs out loud.

“Things really haven’t changed much here in 2,000 years, have they?” he muses. “We’re still being invaded. We got this match, though – I’m confident we will persevere.”