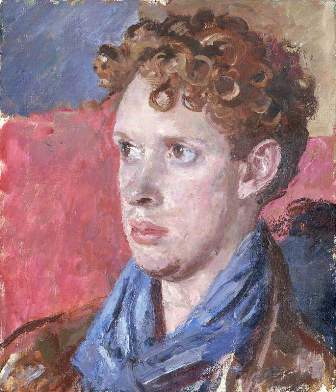 Today marks the 61st anniversary of the death of Dylan Thomas.

The talented and troubled Welsh poet is a larger-than-life legend in his home country, more myth than man.

Fittingly, I am in Swansea – Wales’ second-largest city, and the place of the bard’s birth in 1914.

Both his verse and visage hover over all here, especially this year, as the area celebrates the centennial of his birth; at the Dylan Thomas Center downtown, a permanent collection of his poetry, plays and short stories are accented with audio recordings and video clips. Nearby, in the middle-class suburb of Uplands, the scribe’s childhood home stands as a shrine to literary lovers. Across the street sits the small park that sparked his imagination and inspired so many of his fantastic tales. Signposts detailing where he walked, played, and went to school dot the cityscape. Banners with his name hang from lampposts, and his photograph stares out from windows. Many of the local shops carry an array of Thomas-related items, including books, movies, tee-shirts and tea towels.

Soon after, I lunch in the small seaside town Mumbles, a pristine locale that the author adored and wrote of often. It is also where he flirted with the idea of acting, and where he first found his lifelong thirst for alcohol. 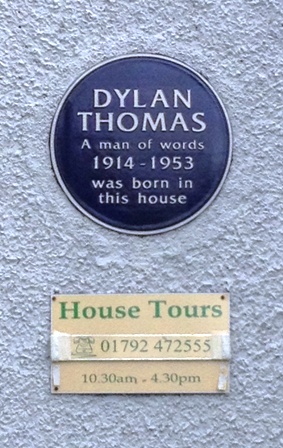 Down the road a few miles is Laugharne, Carmarthenshire, where he and his wife Caitlin rented a home by the water after returning from living in London. Quaint and cozy, with a 12th century castle nestled along the shoreline, Laugharne was the setting for one of the playwright’s most famous works, Under Milk Wood. It is also where he was laid to rest at the all too-tender age of 39, having expired while on tour in New York City in 1953 after an evening of heavy drinking.

The details of that final night, like those of his complex personal and professional life, are blurred at best. What is fact and what is fiction is no matter, however. What is important was what Dylan Thomas left behind.

While the artist dabbled in an array of mediums – including screenplays, film, radio, vinyl recordings, the visual arts, and even wartime propaganda – it is his poetry and prose that have best stood the test of time.

Thomas covered great literary ground in a shortened span; his work was embraced by both the realists and the surrealists. A forerunner of the beat generation, the rhymester’s bohemian leanings also inspired the likes of Kerouac, Ginsberg and a young singer-songwriter from Duluth, Minnesota named Robert Zimmerman (Google it if you are under 40).

Poems such as Do Not Go Gentle Into That Good Night, And Death Shall Have No Dominion, Fern Hill and Love In The Asylum were labours of love for the master-craftsman, who poured over words with equal measures of attention and affection.

The stories – from energetic early works like After The Fair and The Enemies, to the more refined Where Tawe Flows and A Fine Beginning – only enhanced his reputation, alongside his creative counterweight Ernest Hemingway, as the finest wordsmith of his generation.

Many know him for his yuletide classic, A Child’s Christmas in Wales, which is much-read and loved during the holiday season.

As I settle into my room at The Grove Narbeth in Pembrokeshire, a few miles west of  the ‘Dylan Thomas Trail’, I am reminded of the impact that his writing has had upon my own life, stirring my soul at a young age, and opening a window to the world of words. I even named my first-born son en homage. 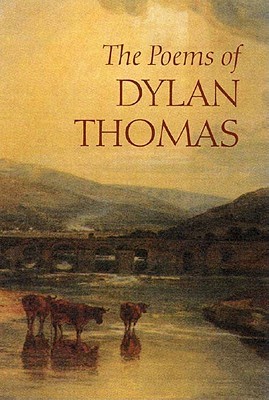 As with me, his work has moved millions of readers all over the world, much as his love for his country once touched him. Wales’ passion for her prolific prodigal son, though posthumous, is more evident today than ever before. Dylan Thomas spoke for all, yes, but he mostly spoke – and continues to speak – for the Welsh. He was the country’s first modern celebrity, and is one of its most renowned and recognizable figures. His words – lyrical and fantastic – helped to define and refine a nation’s identity.