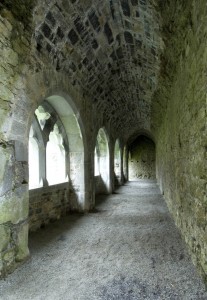 A day long series of public events celebrating one of Ireland’s most intact Walled Towns will be held in Kilmallock, County Limerick, on Sunday, August 19th.

Actors will bring the town’s medieval heritage to life during Kilmallock’s Walled Town Day, which is being organised by the Walled Towns Committee of Kilmallock Tourism and funded by the Irish Walled Towns Network, Ballyhoura Development Ltd and Limerick County Council.

Other events scheduled to take place include a children’s medieval battle, crafts and food fair, tug of war competition, archery, and a cycle to Kilmallock from Buttevant, the towns nearest medieval neighbour.

To coincide with the programme launch for Kilmallock’s Walled Town Day, Limerick County Council has said that 245 metres of Kilmallock’s medieval walls have been restored since the commencement of the Kilmallock Town Walls Conservation & Management Plan and Kilmallock Walled Town Public Realm Plan in 2009. It is envisaged that an additional 30 to 40 metres of the town’s west wall will undergo restoration works before the end of 2012.

Sarah McCutcheon, Executive Archaeologist, Limerick County Council said: “Grant aided by the Irish Walled Towns Network, the restoration work undertaken on the town’s west wall and the east wall around the Collegiate Church has helped to protect a unique part of County Limerick’s history and heritage.

Kilmallock was once regarded as one of the most strategically important towns in Ireland due to its medieval wall defences, castles, gatehouses and magnificent churches. The town walls, 70% of which remain standing today, have contributed greatly to Kilmallock’s direct involvement in almost every Irish conflict since medieval times. The fortress town was burned during the Desmond Rebellion and the local Dominican Priory was attacked and destroyed during the Irish Confederate Wars.

“The work to restore the town’s walls is complemented by ongoing efforts to identify and develop specific initiatives, schemes and projects that improve the town’s infrastructure and visitor offering with particular emphasis on its Walled Town status,” explained Ms. McCutcheon.

She added: “The upcoming Walled Town Day is one of a number of initiatives being developed to promote the town and its rich heritage, which is unique in County Limerick for its range of standing medieval monuments. Just last week, for example, Brian Hayes, Minister of State with special responsibility for the Office of Public Works (OPW), was invited by the Tourism Sub-Group of Kilmallock Partnership to view the four buildings in State Ownership in the town. During the visit, members of Kilmallock Partnership informed the Minister of State of plans to shortly provide regular guided tours of the town which, with the co-operation of the OPW, will include King’s Castle. The OPW will provide technical assistance for guiding and interpretation.”

Kilmallock’s Walled Town Day will commence with a medieval music concert in the Dominican Priory on Saturday evening (18 August). On Sunday, a group of cyclists from the South Side Wheelie Wheelers will set of from Kilmallock to the town’s nearest medieval neighbour in Buttevant in north Cork where they’ll receive a medieval welcome. A guided walk of the Kilmallock at 11am will offer members of the public unique access to King’s Castle and Blossom Gate, the only surviving gate of the five town gates of Kilmallock. It will be one of the first times that the state-owned King’s Castle and Council-owned Blossom Gate have been opened to the public.

At 11.30am at the GAA grounds there will be under age hurling and under 16s camogie games between Kilmallock and Buttevant. A medieval fancy dress parade will leave the library car-park at 1.30pm and snake down through the town to join the festivities in the grounds of Coláiste Iósaef. On the field there will be medieval re-enactors, a children’s medieval battle, face painting, stocks, kiddies races, archery, and a crafts and food fair. A Tug-of-War competition is planned for 3pm. The day will finish with a treasure hunt at 4.30pm.