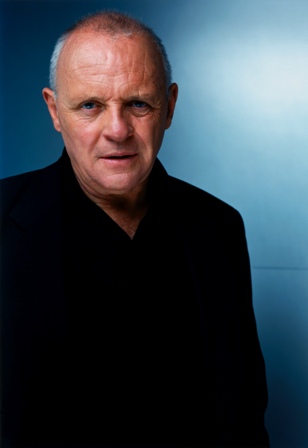 He may have moved to America many years ago, and currently lives in Malibu with his third wife, Stella; but Hopkins’ affection for his homeland is undiminished. Whenever he is back in the UK, he visits Wales at any given opportunity.

“Whenever I go back to England to film, my wife will try to get back. Recently I went down to west Wales to St David’s, because it’s the cathedral capital of Wales. It’s where St David is buried. It’s beautiful; it’s another world – a tiny village with this great cathedral that goes back 1,000 years.

“I will always try to go to Wales. I have a couple of friends there, friends of my mother’s really. So I go to see them and we head out for dinner. I only go back if there’s work, but I enjoy it, I enjoy it very much. It’s different and I like the weather. I love the weather here, but it’s different!”

Hopkins says he enjoys a “nice life” in Malibu, and that he is more conscious of the need to look after himself as he reaches an advanced age. His battle with alcohol has been well documented, but nowadays a healthy body and mind are paramount.

“I am very, very well,” he grins. “I have to watch certain things that I eat. And I see people around me here in America, who are younger than me and who are grossly overweight. Through the years I had battles with weight, because I eat too much or I eat too fast and so I work out every day – cardiovascular stuff and weights and all that sort of thing. I go to bed early too.

“Everything changes as you get older. I sleep in the afternoons, but I really take care of myself and I read a lot. It keeps the brain active. And I play the piano, which is a good activity for the brain. I learn poetry and I learn text, and that really keeps one alive.”

Hopkins’ continued work helps to keep him young too, and this year he can be seen in two films, RED2 and Thor: The Dark World, in the latter reprising his role as Odin in the film based on the Marvel comics. What was it that moved him towards this film?

“Well, because they offered it to me!” he smiles. “Ken Branagh called me one day and said, ‘Could we meet, and would you like to play Odin?’ That doesn’t take courage because you think, ‘Well why not?’ You can get too fussy about things. They say all these little things – look before you leap, be careful – but sometimes it’s good not to be careful, to just leap off the ledge and do something. You never know how it’s going to turn out. So you have to ask the question.”

Despite reaching his mid-70s, Hopkins’ unyielding workload shows no signs of stopping. And he still retains that same chameleonic skill that allows him to morph effortlessly between one of the screen’s scariest serial killers of all time and real-life characters such as Alfred Hitchcock, Pablo Picasso and Richard Nixon.

Strong, believable performances in period pieces like The Remains of the Day and Legends of the Fall segue into the high fantasy of Thor and Beowulf, and out into action territory in the RED franchise. Certainly, few actors can match Hopkins’ reach and range.

But is it nearly time to draw the final curtain on this astonishing career? “I don’t want to slow down!” he protests, his eyes widening. “Why should I? Of course, there are times when I have to remember that I am not 30 years younger, but I want to work.

“I’ve come this far. I have had three marriages and various setbacks. Then there’s my bout with booze, which damn near killed me. But I came through all that, and everything testament to my life from the very start, all the way back to Port Talbot.”