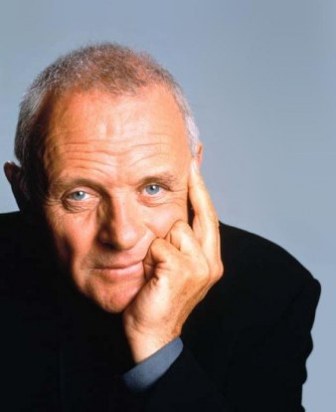 Sir Anthony Hopkins is a true Welsh legend. In fact, Hopkins is a bona fide legend, full-stop: an Oscar-winning actor and star of screen, TV and stage who has worked with the best in the business. The 75-year-old is widely regarded as one of the greatest living actors. Here, Hopkins takes a look back at his career and Celtic Life International accompanies him.

It’s been some journey for Anthony Hopkins – from troubled Glamorgan child to troubled doctor Hannibal Lecter, the latter proving one of the highlights of an esteemed career that has seen the Welshman become one of Britain’s best loved actors. He’s someone capable of memorable and powerful performances that have won him Oscars, Emmys and BAFTAs galore.

Not that Hopkins seems in the least bit impressed with his achievements. His manner is of a man, perhaps in keeping with his heritage, who doesn’t see himself as anything special; nor does he pay much attention to sentimentality and nostalgia. As he notes, “You’re only as good as your last job.”

Yet he is more than happy to recall his early life in Port Talbot. He admits to difficult formative years: born in 1937, Hopkins was the son of a baker and experienced a typically Welsh upbringing during the war era, one of hardship that was made downcast by his alienation in the classroom.

“I was not a good child at school,” he frowns. “I was seen as a child who had problems, but of course in those days nobody knew or cared if it was something like dyslexia. I would sit in class and not know what was going on, or really understand anything the teacher was saying. I was never at the top of the class, in fact I was always at the bottom, and because of that I was viewed to be trouble. And with that, the teachers made sure I suffered with it.”

But despite his academic struggles, the detrimental treatment he endured had a profound effect on the young Hopkins, who decided to turn his feelings of neglect into the drive to make something of his life.

“One day in 1947, I went to the local YMCA and they had an acting class on for amateurs. I am not entirely sure why I was there, or what I was trying to achieve because I didn’t even think about acting as a career. I just assumed I would be a baker like my dad. But I found myself there, and I found myself going back. I think I saw it as a way to get back at all the people, the kids included, who had made school a bit of a misery for me!”

Hopkins may have been out for revenge, but it was success that awaited him. His first professional appearance came on a stage production of Have a Cigarette in Swansea, before he was scouted for The National Theatre, London.

His move to the big screen followed in 1967, and he has never looked back, starring in dozens of films – probably the most famous of which, Silence of the Lambs, will forever remain his outstanding signature. Not one for looking back, does he nonetheless have a career highlight?

“Not particularly,” he smiles. “I find that at my age now everything I’ve done blurs into one. Of course, the Oscar was very nice and you are honoured to receive it, but now all it does is sit on the sideboard near my television and rots away. I don’t think you can take things like that too seriously. We are all going to die eventually. I thought about that when I went to JFK’s grave a while back. All he achieved didn’t matter to him when he is lying there. That has stayed with me.”

For someone who seems a touch embarrassed about his ever-growing collection of awards, how did he feel about accepting the Knighthood? “I’m not sure why they gave me a Knighthood, in all honesty,” he says. “I don’t call myself ‘sir’. I only really use the title in America, where they insist upon it. I have tried to get them to stop, but they get offended if I don’t use it!”

If this makes Hopkins sound cranky and ungrateful, he certainly isn’t, and he carries something of the Celtic grounded outlook about him. That is true of his actions as well: he may have moved to America many years ago, and currently lives in Malibu with his third wife, Stella; but his affection for his homeland is undiminished. Whenever he is back in the UK, he visits Wales at any given opportunity.