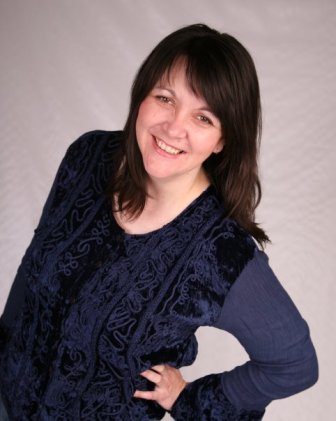 The tiny community of Westbury, Tasmania, Australia (pop; 1,476) is gearing up for some grand times this coming weekend at their annual St. Patrick’s Festival. Event Vice-Chair and Music Coordinator Andrea Badcock gives us the details.

What are your own roots?
I am a first generation Australian. My parents emigrated from Holland in 1962, to Tasmania, with this they instilled a pride and love for my country and the heritage it had. Like many immigrants at the time, they had very little understanding of English, but learned it as time went by. They were very strict on my English, I was never allowed to use slang and I needed to spell everything correctly. After a period of time they taught me to read Dutch as well as speak it. Being bi-lingual is very important to me, and I have tried to teach my own children some of their heritage. I am now married to a 6th generation farmer from the Westbury area. His ancestor was a free settler and came from Cornwall.

When and why did you get involved with this event?
I became involved with Westbury St Patrick’s Festival in 2003/2004 when friends of mine asked me join and help with the Festival because of my musical expertise. I was the Musical Coordinator for that festival, however, I was pregnant with my 4th child and couldn’t continue with the role. The Chairman approached me 6 weeks out from the 2013 Festival and asked if I would take on the position again, which I gladly helped out with. At the AGM last year I was voted in as Vice-Chairman and continue to do the role of Musical Coordinator, which I love. I really love to have vibrant music and dancing at the Festival as I feel it is a celebration of all things Celtic within the region.

What are the rewards of being involved?
For me, the rewards are seeing happy patrons and vendors, and also knowing that we have given the very best we can offer. I’m not really doing this for any personal gain, I love being a part of the Festival as it is within my community. I like to see the Festival do well, and I hope that it will continue for many years to come.

Why is it an important event for the community there?
As a garrison village, from the 1820’s, Westbury’s first settlers were predominantly Irish ex-convicts, retired soldiers and free settlers. Military pensioners were each granted a 5-acre block of land complete with a well and pear tree. By 1850, the community had become the largest military community in Tasmania, 3,000 strong. Gaelic was the local language in Westbury for many generations and a strong Irish brogue is reputed to have lasted throughout the 19th Century. Seven patriotic leaders of the Young Ireland independence movement were transported to Van Diemens Land in 1848 as political exiles. Four of them escaped – the two most radical, Thomas Francis Meagher and John Mitchel were harboured and aided in their escape by the people of Westbury. The 7 Young Irelanders went on to leave their mark on three continents and are revered Irish heroes today. Westbury has forever won special recognition in Ireland for this service. A St Patrick’s Festival has been a traditional celebration in Westbury from early in the 19th century.

What can attendees expect this year?
We have done something a little different to the Festival this year. In past years we used to have two music stages, which sometimes didn’t really work. So this year, we have changed one of the stages to be dedicated to dancing. The Maypole dancing will be included near this point, this is done by the local primary school children, who always do a remarkable job. We have varied the dancing a little bit, due to being a small community we are unable to only offer Irish dancing. We have Aileen Poynter’s Irish Dancers, but we have also included Circle Dancing Group, Meander Valley Performing Arts, Classique Dancentre, and Westbury Line Dancers. This should keep the dance stage vibrant and lively. The Main Music Stage starts at 9.30am with the acoustic sounds of Alister Euler, the Parade and Opening will follow, with St Andrews Caledonian Pipe Band soon to follow. Meander Men, and the entrants from our talent quest “1/2 Way To St Paddy’s” will take us through to lunch time. The afternoon offers Velvet Sledgehammer, Melbourne bands Zeptepi and The O’Dowds, and our own local Celtic Hipsters – Towns End. Our new event – “A Night On The Green” will start at 5pm. We decided to wrap up the Festival with a little Irish Music and Rock and Roll.  The bands will be Zeptepi, Froggyantbear Catty, Mustang Salli and Motor Road. We have a fun packed event with great food and drink vendors and stall holders, all on the only Village Green in Tasmania.

Will you remain involved with the event in the years ahead?
Yes. I absolutely love this event. Even though I have no Celtic heritage, I have always felt a strong affiliation with the music and the dance. Now that my children are older, they love being a part of this event also. It takes a lot of time and effort for the Committee to put on an event like this, and I can honestly say that we have a great Executive that works very hard and is trying in every way to improve and update all the time. We are only a small Committee and at times we end up wearing lots of different hats for different jobs, but I really love the way it comes together and the fun that it brings within the Community.

How else are you involved with the Celtic community there?
As Westbury is only small Village of 1500 people, we really don’t have an exclusive Celtic community. As a musician I am always looking for interesting music, and Celtic music certainly has that.  Our Festival is the main Celtic celebration for the year. However, as a Committee we try and run events and fundraisers through the year. Last year we introduced the “1/2 Way to St Paddy’s Talent Quest” in September, it was a great success, and we are hoping that we can continue this again.

What can we be doing better?
I think it’s fabulous that you have a magazine, that everyone, no matter where they are, can read. As our event itself, I would love to hear from musicians and be able to contact them, so that we could have an act from outside of Tasmania each year, and offer something different each year.