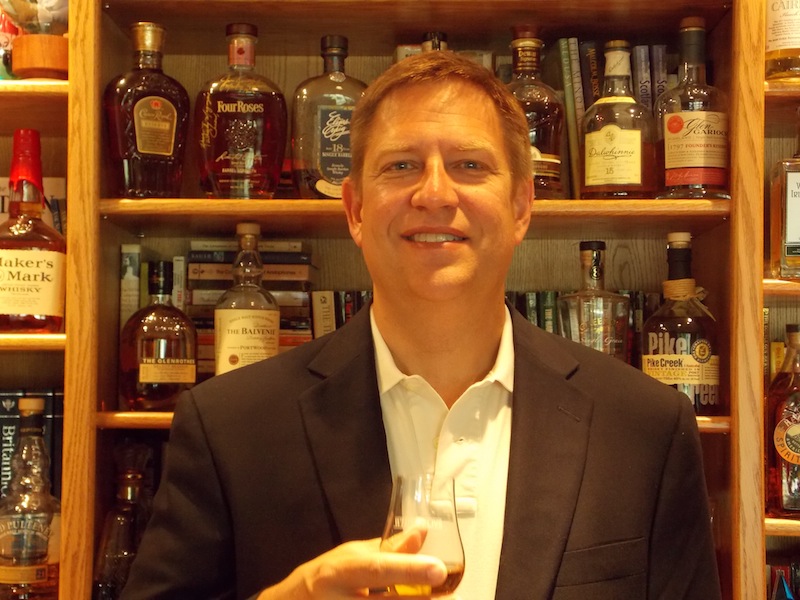 You don’t need Celtic heritage to enjoy the many facets of whisky.

Dave Sweet, the 47-year-old, Chicago-based director of the Whisky Live events that promote the drink around North America, can attest to that. Sweet’s own background is Croatian and Slavic and he is very enthusiastic about not only whisky, but promoting Celtic culture throughout North America as well.

The goal of the Whisky Live events is to reach as many new whisky drinkers as whisky enthusiasts.

“We’ll cater to enthusiasts and try to bring out special and rare whiskies and premium whiskies,” Sweet told Celtic Life International. “But we also want to cater to all new whisky drinkers that are coming in. Sometimes, that means encouraging them to try sweeter whiskies or flavoured whiskies.”

Today’s whisky drinker does not fit a stereotype. Years ago, the image of an older, male crowd came to mind. But Sweet said whisky is one of the fastest expanding categories in the spirits industry―and it’s enjoying a renaissance similar to the one cigars had 10 to 15 years ago.

“There’s Canadian whisky, bourbon, scotch, Irish whisky and whisky from around the world and that expands the range quite a bit,” said Sweet. “There used to be an older, more mature crowd drinking Scotch and young kids drinking Jack Daniels and Coke.

But the category has now expanded to include young professionals learning to appreciate fine whiskies of all types more cleanly on the rocks or neat. It’s a much broader category.”

In fact, one of the whisky-blenders Sweet works with has said, ‘All wine drinkers are whisky drinkers, some of them just don’t know it yet.’

“Drinking wine and whisky is very parallel,” said Sweet. “The language is the same. You have a nose, you have a finish, and a huge range from sweet and soft to sharp to smoky to peaty or very earthy. Whisky is an incredibly complex spirit. All really good red wine drinkers can find a whisky they like.”

Sweet came to Whisky Live from 30 years of consumer and trade show experience in the publishing business.

“One of my clients was publishing Whisky Magazine,” said Sweet. “As their U.S. representative, I was invited to the first Whisky Live event in New York City and was absolutely inspired. It was an incredible event held ten years ago at Tavern on the Green in Central Park. I got involved immediately, and began gaining a business understanding of the event. Three years later, I started running them.”

Now there are two types of Whisky Live events. The first was created by founder and publisher of Whisky Magazine, Damian Riley-Smith, and held in London in 2000. Whisky Live shows are held each year in major cities around North America including Toronto, Los Angeles, and Boston with the signature event held in New York City, which is also one of the anchor events for New York’s Tartan Week. These occasions feature anywhere from 150 to 300 different whiskies, live entertainment and a full buffet dinner.

Sweet founded the second type of event, Whisky Live at the Games, to bring Whisky Live to lovers of all things Celtic at highland games and Scottish festivals.

The festival and games events are different because we really focus only on the whiskies,” said Sweet. “The venues already have lots of live music and food offered by many vendors. We have done them at the Scottish Highland Gathering and Games held by the Caledonian Club in San Francisco and also in Chicago. We’re looking to expand to a few more events in the U.S. as well as the Fergus Scottish Festival and Highland Games in Ontario, Canada, and one or two other key markets in Canada.”

There’s no denying that whisky is a central part of Celtic culture. That’s why Whisky Live embraces it by partnering with the Irish Tourism Board, the National Trust in Scotland and publishes Scotland Magazine, which focuses on history, travel and culture in Scotland.