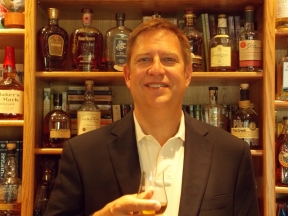 What’s Tartan Week without whisky? That’s a rhetorical question. To be sure, one of the centerpieces of the celebration of all things Celtic is Whisky Live. “Scotch and Irish whisky is such a large part of Celtic heritage and tradition and, of course, is one of the main export products of the UK,” declares Dave Sweet, the 47-year-old, Chicago-based director of the Whisky Live event.

To attend Whisky Live is to step into the global world of the spirit. The event features master distillers, producers, brand ambassadors, and representatives from more than 60 companies and distilleries. Together, they present more than 300 different expressions of the beverage, ranging from new craft American whiskies and fine Scotches and Irish whiskies, to old standards and lesser known, rare brands. Additionally, the event includes whiskies from Tokyo, France, Australia, India and Canada.

As well, the event includes a whisky-fused dinner buffet featuring Four Roses Bourbon, chocolate pairings and cocktails. Nor would the affair be complete without a proper Scottish band to maintain the upbeat tempo of the evening and remind everyone it’s Tartan Week, Sweet says, adding people should expect a mix of bagpipes and modern music.

Whisky Live is an offshoot of Whisky Magazine and the event first launched 12 years ago in London and Tokyo. New York City was the next logical location as, according to Sweet, it is the largest whisky market globally. Invited to the first event in New York at the fabled Tavern on the Green in Central Park, Sweet was inspired and immediately became involved. Three years later he was running the show.

Looking ahead, Sweet says the event could grow to include more whiskies, more in-depth displays on how the drink is made and even such hands-on demonstrations as how to blend your own. “I think it is a great opportunity to celebrate our Celtic heritage,” Sweet says of Tartan Week, “and our influence in the U.S.”