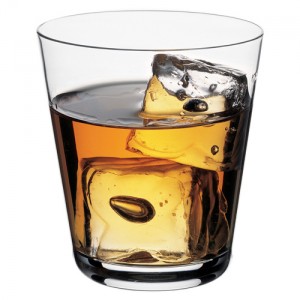 Tonight in New York City, Celts will have the opportunity to sample the finest whiskies of the world as Whisky Live, Whisky Magazine’s grand tasting event, takes place as part of Tartan week celebrations!

Master distillers, brand ambassadors and industry experts will be pouring over 250 whiskies. This is not only a prime opportunity to try premium single malt Scotches, bourbons, ryes and Irish whiskeys, but a chance to ask distillers about their work and the industry in general. As of early March, brands that will be featured include titans like Glenmorangie, Laphroaig, and Johnnie Walker side by side with dozens of spirits produced by smaller New York boutique distilleries, like Breuckelen Distilling and Kings County Distillery and award-winning new world whiskies from places like India, France, Japan, and Sweden. The evening also includes a lavish bourbon-themed dinner buffet sponsored by Bourbon Country, Kentucky’s tourism alliance.

“Whisky Live has been a tremendous success around the world since it started in 2000 in Tokyo and London. We’re excited to bring it to Manhattan for the ninth year,” says Rob Allanson, Editor of Whisky Magazine, the British publication available in seven languages. “With all the city’s historic bars and pubs, the many forward-thinking whiskey and cocktail bars, the top-notch liquor retailers and the increasing number of fantastic craft distilleries, New York is America’s most exciting whiskey-loving cities these days.”

Sales of premium bourbons are setting records around the world, as companies are expanding historic Scotch distilleries—adding equipment just to keep up with the global demand for single malt Scotch. The American craft distilling scene has exploded—growing from about 100 distilleries in 2007 to over 360 today and another 40 under construction.

Tonight’s event also features a new component on the Whisky Live circuit: Cocktails Live. Throughout the night, top bartenders from Ward III, Bar and Books, the brand new Flatiron Room, and other whisky bars will mix their original whisky cocktails.