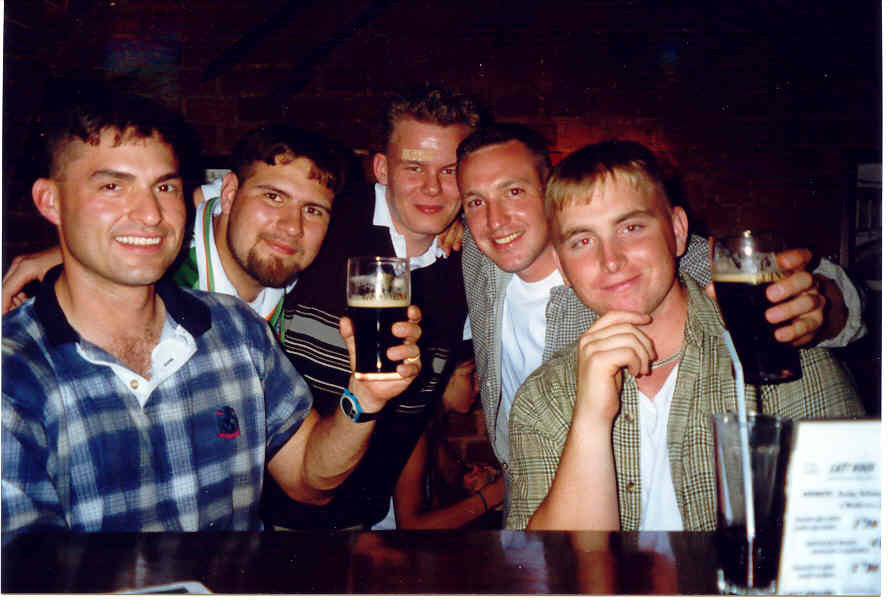 Once, I spent a year living on the western coast of Ireland. As an American, it took awhile to become accustomed to the Gealtech of Connemara’s shores. As such, my acclimation to the culture came in curious increments, comprised of chance encounters in unexpected places, but each gave me valuable insight into the social mores of the friendliest lot on earth.

I worked in Galway and lived thirteen miles up the road in the village of Inverin, near the village of Spiddal, an area famous for its Irish traditional music. At night, Spiddal can seem like a ghost town, as most of its activity lies behind closed doors. There are but a few buildings lining the coastal main street, and what little is there stands closely together. Most prominent is a boutique hotel in the middle. Across the street is a popular music venue called the Cruiscan Lan, which means “little jug of whisky” in the Irish language. It was at the Cruiscan on a cool autumn eve that a chance encounter gave me my first glimpse into the charm and character of the rural Irish people.

My friend Leigh and I were only inside the bar for a few minutes before two salt-of-the-earth men started chatting us up. They’d been unabashedly watching us from the moment we walked through the door. They were “on the piss,” as the locals call it when one intentionally sets out to get drunk. Suddenly one of the men reached out and grabbed my arm as Leigh and I passed by. It’s funny how things hit you at different times in different places. In most cases, an unwarranted gesture like that would be scary or offensive, but because it was rural Ireland, I only saw the humor. They may have been “on the piss,” but intuitively I knew they were harmless.

“What brings a lovely thing like you here this night?” one of them asked – the one who was holding my arm.

“We’re just passing through,” I said, turning to face him.

“Are you long here?” he asked, emphasizing the word long.

There are many idioms flying around Connemara that have their origin in the Irish language. I’m pretty sure “Are you long here?” is one of them, and I couldn’t help but think when translated into English, something is missing. My mind was racing. It wasn’t the first time I’d been asked this question in Ireland, it seemed to be part and parcel to an Irish introduction, something commonly asked after the extension of “Nice to meet you.” Rather than risking embarrassment by asking what the question meant, I was in the habit of bluffing my way through the answer, hoping to appear as if I understood.

“I live here,” I returned, “I live in Inverin.” I had the feeling if you see someone once in Spiddal, you’re going to see them repeatedly, so I might as well tell the truth.

“What is it that brings you to Inverin?” he asked, finally releasing my arm.

“I’m working for the Galway Music Centre,” I said, “and I’m working on a book. I’m a writer and a poet.”

“Ah, aren’t we all,” he laughed, winking at me and raising his pint.

It was then I realized the Irish have a natural way of wielding the perfect retort. It’s more than a gift for the snappy come-back, it’s the art of banter in its highest form. My suspicion is the Irish employ it as a way of revealing themselves, as a way of saying that they don’t take themselves too seriously, that life is a party, and you’re welcome to a seat by the fire. When such a line is delivered, they expect you to match their eye-twinkling wit. It’s a cultural way of inclusion, a way of saying you’re welcome in their midst, which explains why they have the reputation of being the friendliest lot on earth.