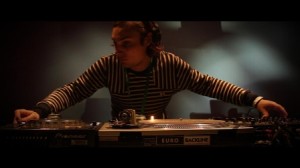 Brittany is quickly becoming the musical hotbed of Europe.

Along with hosting the biggest Celtic music gathering in the world each August – this year’s Festival Interceltique de Lorient attracted more than 800,000 visitors for ten days of cultural celebrations – the westernmost region of France is home to Les Rencontres Trans Musicales (Trans) each December.

“Trans is perhaps the most important musical festival on the continent,” says renowned French music critic Jean Bidoux, referring to the four-day happening that will bring dozens of the world’s finest avant-garde musical artists – and upwards of 30,000 fans — to the province’s capital city of Rennes.

“In my opinion, there is no better showcase of cutting-edge music anywhere on the planet,” he continues. “Anyone who knows anything about music, and who wants to hear tomorrow’s stars today, will be there.”

A quick glance over the festival’s past performers confirms Bidoux’s assessment; Bjork, Daft Punk, Massive Attack, Portishead, Ben Harper, and the Beastie Boys are just a few of the big names that have all graced the stages of Rennes.

This year’s edition, – the event’s 34th anniversary – will highlight emerging artists such as Alphabet, Hot Panda, Madeon, Nick Waterhouse, Petite Noir and Shazzula – each on the verge of enjoying break-away success.

“An appearance at Trans is like a stamp of cool,” explains Bidoux.

“This will be my sixth Trans,” says the 25-year-old Parisian photographer via email. “It is much more exciting than anything we have here in Paris, or anywhere else inFrance, because everything is so new and fresh. And it’s not just about the music – the festival is a creative wonderland.”

Menard isn’t kidding; from December 6-9 ,Rennes will transform into a Mecca of artistry; films, exhibits, workshops, seminars and activities of all sorts and styles will dot the local landscape like the brightly coloured pinpoints of an impressionist painting.

“For someone like me, it is an opportunity to connect with others my age about things that matter to us,” notes Menard. “Art, music, life…these are all good points of discussion. And this is why I continue to go to Trans; it’s a festival of ideas.”

In recent years the event has become a travelling road show, taking its musical mission on tour to places like Norway and Beijing.

“The mandate since the start has been to open the doors to new forms of musical expression,” states the festival’s co-founder Jean-Louis Brossard. “Wherever we travel, we meet with musicians and people from the music industry and get them talking with one another and working together to further the agenda of exploring and exposing new music. It is very exciting and enlightening to discover emerging artists in other parts of the world.”

The focus, however, remains firmly on Rennes.

“It is where it all began for us and it is where we will continue to develop,” says Brossard. “There is something about Rennes, and about Brittany in general, that lends itself well to the creative spirit. The entire region has a long and rich history of artistry.”

He points out that Trans brings much-needed funds into the local coffers as well.

“I’d say almost $1 million goes into the economy here because of what we do. The hotels, restaurants and shops all do very well, and we are able to employ about a hundred residents for a few weeks. And with the holidays only weeks away it’s very good timing for the town.

“And it’s lovely here at that time of the year; the Christmas lights and wreaths are up and everyone is in a good mood. The festival is one more reason to visit.”