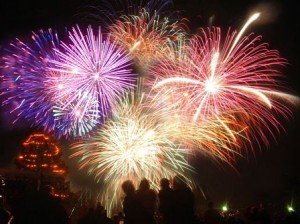 Of the Seven Celtic Nations,Irelandis possibly the busiest during the winter months, with a varied offering of events, activities, festivals and destinations available in both the North and in the Republic.

In the South, the holiday spirit blossoms inCorkon December 26th with the Carrigaline Wren Boys’ Street Carnival, a colourful gathering of musicians, singers and dancers.

Great racing, great fun and great food are all promised at the four-day Limerick Races Christmas Festival at the end of December. At the same time, you can hike the mountains of Mayo duringWestport’s fifth annual walking festival.

The Shannonside Winter Music Weekend in Sixmilebridge, Co. Clare heralds the year of The Gathering on January 17th, while Music for Galway celebrates the sounds of Beethoven a week later.

If arts and culture aren’t your thing, then sample skiing or snowboarding with the Ski Club of Ireland, or lace up your skates and enjoy one of the many good indoor and outdoor rinks across the Emerald Isle.

Belfast is also busy with a bevy of brouhahas over the coming months.

“There truly is something for everyone here,” explains Anne McMullan, Director of Marketing and Communications for the Belfast Visitor and Convention Centre.

“Each year Belfast draws more than 8 million visitors from outside the city, including 1.6 million international visitors.

“In particular, Christmas festivities attract returning families from across the globe and from throughoutIreland.”

The sights, sounds and smells of the open-air Continental Market by City Hall draw many to sample enticing foods from all over Europe, from paella and German sausage to delectable French pastries, while the Christmas Fair and Market (December 7-9) at the Victorian St George’s Market offers a variety of treats and unique crafts.

Elsewhere, the Odyssey’s Winterfest (until January 6th) offers sleigh rides and ice skating. The city’s newest attraction, Titanic Belfast, will be featuring Victorian-themed Christmas events. As well, ongoing pantomimes with Cinderella in the historic Grand Opera House and Sleeping Beauty in the Belfast Waterfront are treats for children of all ages.

“As well, we have several unique festivals coming up in February, including Chinese New Year Celebrations, the Belfast Nashville Songwriters Festival, and the International Festival of Chamber Music.”

Recently declared a 2013 City of Culture, Derry to the west has hundreds of events planned over the next four months, including many from December to March.

For variety, try Blokarting on the beaches of Limavady a few miles down the road, or explore the Duke of Abercorn’s estate, Baronscourt, by dog-trek. Off-road hiking, biking, rally-car and horseback riding adventures are readily available across the region during the winter months also.

Of course, all of Ireland will be celebrating The Gathering in 2013, as ex-pats and the Irish at heart are called home to festivities across the country.