Yair Werdyger and the Israeli Academy of Irish Dance 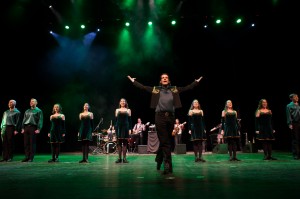 Two years later, Werdyger saw a performance of the show Lord of the Dance. There and then, the young man decided he had to learn Irish dance, and now he has his own Irish dance troupe – The Israeli Academy of Irish Dance; the only one in Israel.

“I was amazed by the speed of the moves and the fact everybody moved perfectly and at exactly the same time, and of course the Irish music,” Werdyger said of those first glimpses of the art form that would direct his life.

An Coimisiún le Rincí Gaelacha (CLRG) organization in Dublin. I danced in Lord of the Dance when it toured Israel last January,” Werdyger said from Hamburg where he was judging the Hamburg open feis, his first feis as an adjudicator.

Werdyger began his dance academy in 2002, changing the name to the Israeli Academy of Irish Dance in 2008. Based in Ra’anana, a city in the southern Sharon Plain in the centre of Israel, the academy now has 250 members of all ages. The students are mostly Israeli, although there are also students who come from abroad and study at the academy while in Israel.

They, and their dance troupe, Trikotera, which is named for the Celtic Trinity Knot symbol the triquetra, often perform around the country at corporate and private events.

“We have a show called Magic of Ireland: The Irish Music and Dance Show of Israel that I choreographed with my partner Alex Reznikovich, who also composed the music, which has a strong Mediterranean influence,” said Werdyger.

As well as directing, Werdyger is the lead dancer in the show.

“I love teaching and seeing the progress of the students from day one, and it’s also magical to take Irish dancing to audiences. I love to add guest artists such as flamenco, belly and tap dancers,” he said.

Audiences are enthusiastic. “We get lots of applause and people always ask us if we come from abroad, when they understand that we are Israeli they are amazed.”

Sharing his love of Irish dance with audiences is his passion.

“In our academy, I do céilí dance (Irish folk dance) to share the heritage of these dances. In Israel, there are Irish pubs and Irish bands, but we feel proud to have brought Irish dance to the country through our shows and classes.”

On St. Patrick’s Day, the dancers always perform at the Irish Ambassador’s residence in Herzliya, a city on the central coast.

At the moment, the dancers are awaiting the arrival of ‘their’ first baby.

“Tamar Lahav-Ritte, one of my former students, who is now one of my instructors and a soloist in my show, met her husband Guy in my class six years ago. They married three years ago and in March they will have their first baby. So, in my academy, people can find their love of Irish dance and Irish culture, and also their one true love,” Werdyger said with a smile.

He is planning to start more classes around Israel and take the show to new venues in Israel and abroad.

“We want to take the show to Europe, the States and elsewhere to perform to Jewish communities as well as everybody else. We have a great show and I’m proud to be Israeli — to represent the Irish culture in Israel and to take the show abroad because music and dance connect people wherever they are.”