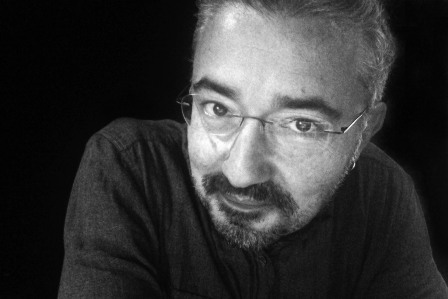 While places like Ireland and Scotland have had a tradition of Celtic music for hundreds of years, the form all but vanished in Spain during the 40 years of the Francisco Franco regime. But following the dictator’s death, Galicia began to once again assert itself to show that it had different traditions from Spanish flamenco, matadors and running of the bulls, according to Galician fiddle player, Alfonso Franco.

“The Celtic music was one of the best ways to be special and different than the rest of the peninsula,” Franco asserts. “At the time, the most famous Galician folk group, Milladorio, recorded their first LP called A Galicia de Maeloc. The album was a shock for all of us. They played Galician music mixed with Irish, Scottish and Brittany music. Since then thousands of Galicians have decided to become Celts! It was a new day for Galician folk music.”

One of those who became enamoured with the new style of music was Franco. He began as a guitar player in his teens, but picked up fiddle in high school. When a violinist left a friend’s folk group, he had to learn his chops quickly to fill the empty space.

“At the beginning I didn’t think I could become a professional,” Franco comments. “There weren’t any professional fiddlers then in Galicia, so I didn’t have any mentor to follow.”

When he first began playing, Franco describes himself as an “eclectic player,” who loved Celtic music, but also blues and rock. A grant to join the Galician youth orchestra changed his direction though, and he studied classical music almost exclusively for two years.

“As I began learning by myself, my technique was catastrophic and soon I had to stop playing for a year because my poor technique was injuring me. After this year, I decided just to play traditional and Celtic music.”

Today, Franco has a degree in the violin and doctoral studies in Traditional Galician Music from the University of Santiago de Compostela. He teaches fiddle at the Folk Music Conservatory in Vig e-Trad and is responsible for the string section of the folk orchestra, Sondeseu. He is also the director of the Galicia Fiddle Association and the San Simon Fiddle Camp.

Currently, Franco is working on his first solo album and he also hopes to create some workshops in Galicia with fiddle masters from around the world. Beyond that, he’s writing a tutorial on Galician fiddling and arranging for the next fiddle camp for kids, San Simon Fiddle 2015.

When it comes to youth, Franco says that in Galicia the fiddle is quickly becoming one of the most important instruments among young people.

“It’s an amazing change because less than five years ago there were no kids playing fiddle,” he enthuses. “Nowadays, about 100 kids are playing traditional tunes regularly and there are already a dozen kids who are going to be great players in a few years.”

That this has happened is a tribute to Franco’s Galician Fiddle Association, whose mission is to turn the fiddle into a popular instrument in the region.

“We want to share with the world the Galician fiddle style and our music in general,” he says.

Even so, because of Spain’s current economic circumstances, little money exists for any kind of cultural product and Franco says music is experiencing a difficult decade. Regardless, he remains optimistic.

“So, sadly, this is a bad moment for Celtic music right now but there are thousands of pipers, tambourine players and even fiddlers, so our heritage is very strong and we are hopeful.”