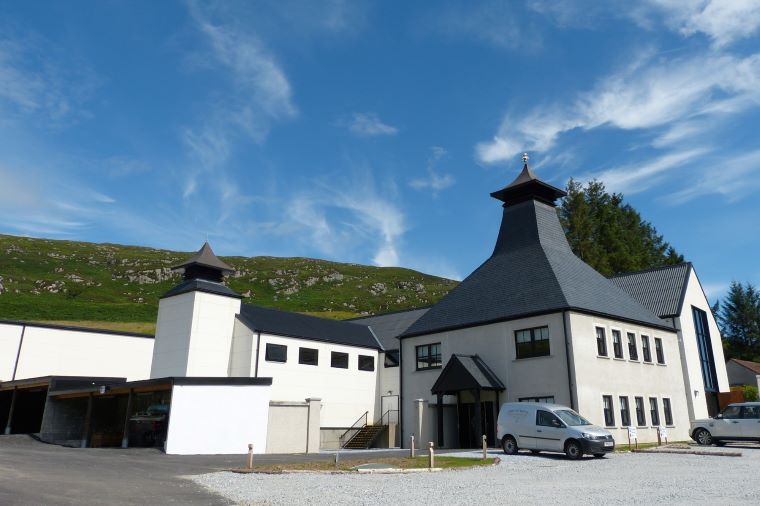 When Kilchoman Distillery opened on Islay in 2005, it became the first new distillery built in Scotland in more than a decade. Over the last dozen years, no fewer than 29 new distilleries have opened. The new distilleries are mostly small and independent, setting them apart from the industry’s established players. One of the most hotly anticipated new distilleries is Ardnamurchan, which launched its first-ever single malt Scotch whisky in late 2020.

I have made the trek to Ardnamurchan at least three times since ground was broken on the site in 2013. One of the most remote distilleries in Scotland, it is a 90-minute drive from Ft. William down a long and winding road on the unspoiled and untamed Ardnamurchan peninsula. The drive is not for the faint of heart, especially if it is raining. The single-track road, barely wider than a bike path, twists, drops, and rolls with the landscape, and in a deluge, the burns wash across the road.

The Ardnamurchan Peninsula juts out of Scotland’s mainland above the island of Mull. Wild and rugged, it was a training area for Special Forces in WWII as it could easily be cut off from the rest of Scotland. The distillery was built in the hamlet of Glenbeg, perched above Glenmore Bay, with views of the Morvern Penninsula and the Isle of Mull. On a sunny day you can see the picturesque burgh of Tobermory, the capital of the Isle of Mull. 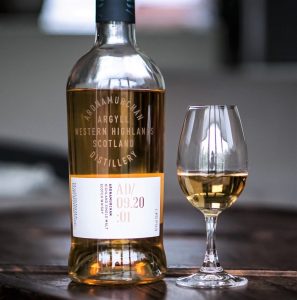 Ardnamurchan was established by Adelphi Distillery LTD, an independent bottler named for a distillery which closed in 1902. Realizing the supply of whiskies for independent bottlers was tightening up, they made the decision to open their own distillery. They selected a site on land belonging to one of their directors, which allowed them to build a green distillery, heated by locally sourced wood chips and hydro powered by the same river which supplies the distillery’s cooling water. The malted barley is sourced from the farms which surround the firm’s bottling warehouse near Dunfermline, across the Firth of Forth from Edinburgh.

The distillery is modern, but takes an old school approach to making whisky, with long fermentations and a slow distillation.

In June of 2014, the first spirit trickled off the stills at Ardnamurchan. It took them a little while to get used to using the biomass boiler for heating and dial in their new make spirit. But it has, for the most part, been smooth sailing since. The distillery produces a mix of unpeated and peated (35ppm) spirit, which it matures in dunnage floor warehouse carved into the hillside above the distillery.

With more than 10,000 casks now in bond, the company recently added three new warehouses on site, which it has already started to fill. The distillery is also equipped with a floor maltings, which it has yet to use. Only a handful of distilleries in Scotland still have a floor maltings in use today, as they are more labour intensive and expensive to operate than sourcing malt from commercial maltings.

Ardnamurchan has released a few teasers over the years, mainly to showcase the potential of their future whiskies while waiting for them to reach maturity. Scotch whisky must be at least 3 years of age before it can legally be called whisky, and most single malts are rarely released at anything less than 10 years of age. The first release of Ardnamurchan single malt, AD 09.20:01, was bottled in September of 2020, and is a marriage of peated and unpeated malts, matured in a mix of Bourbon & Sherry casks. Though it is just 5 years of age, the whisky is very balanced with a complexity and maturity found normally in older expressions – a sure sign that Ardnamurchan is on the right path.

Though more than a little off the beaten track, Ardnamurchan Distillery is well worth a visit. The distillery offers tours and has a visitor center. There is local accommodation and other things to see and do in the area. The distillery can easily be visited on a day trip from Fort William, or even by ferry from Tobermory. It has been a few years since my last visit, and I am looking forward to the next! -Story by Andrew Ferguson