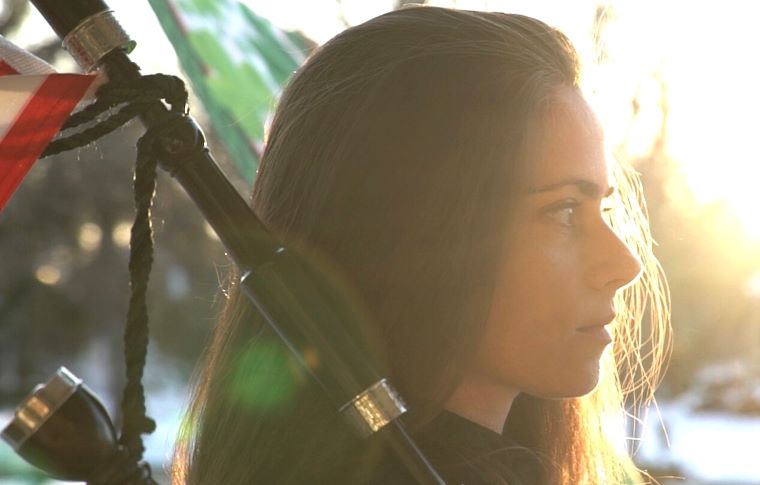 Filmmaker and musician Andrea Wozny has been working in documentary film and television for more than 15 years. However, her interest in film goes back much further than that.

“One of my earliest memories is running into a film set with my parents while we were walking in New York City,” recalls Wozny, who grew up on Long Island. “I was enthralled with the lights, the camera, the allure of it all – that a world was being created in one time and place and then experienced in some alternative universe (the movie theater).”

She was influenced by her father, also – he frequently had a camera on hand to take videos and photos. Wozny would borrow his gear for school assignments and involve her brother as well, turning him into an actor or a makeshift prop. She remained passionate about the arts as a kid and into her teen years but didn’t discover documentary filmmaking until college.

“I was in a class that required watching a documentary as part of the curriculum. I was moved by its power to convey and communicate complex ideas in such a condensed period of time. That power drew me towards the medium.”

The power was so alluring, in fact, that she opted to take a year off from school to intern for the Media Education Foundation. The company produced (and still produces) documentaries focused on the impacts of American mass media. There, she honed her craft. She later interned for Academy Award-winning documentary maker Barbara Kopple, who Wozny credits as a major inspiration.

“One reason I believe I didn’t pursue filmmaking until later is because growing up I never saw women as directors. Women in film were most always celebrated as actors. It never dawned on me that being a filmmaker/director was a role that I could pursue.” 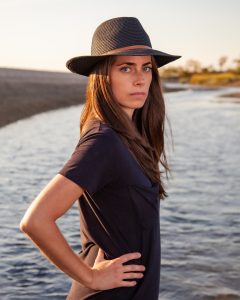 Fortunately, that has since changed.

“Thankfully now there are many great directors that happen to be women – and hopefully there will continue to be more directors of all genders and identities.”

These days, Wozny lives in Brooklyn and has multiple producer and directorial credits to her name. She also happens to have a love for bagpiping.

“I grew up playing the clarinet, and I got interested in world/folk music in college. When I got out of school, I wanted to take up another instrument, and the bagpipes were the most unique folk instrument that I had access to.”

In 2020, she released Bagpipes Calling! – a documentary short celebrating the Irish and Scottish heritage of Long Island. The film features Northport Pipe and Drum, the band in which she plays.

“The premiere of Bagpipes Calling! was unique because it took place on March 12, 2020, the night before everything shut down due to Covid. I premiered the film at a wonderful independent community cinema in my hometown – the Cinema Arts Centre in Huntington, NY, a place my family has been going to for decades that has always been supportive of me.” Northport Pipe and Drum participated in the screening and even gave a live performance following the film. “It may have been the first time a bagpipe band performed in a movie theatre.”

Wozny has nothing but glowing things to say about her band and its members – which includes seasoned players such as Luke Powers and Tom Falco, as well as Wozny’s own mother. So, it came as no surprise when she wanted to pay tribute to the group through film.

“We have a special band, people from all backgrounds and walks of life: young, older, men and women. With that, there is great spirit and camaraderie in our band, and I wanted to share that. I am also proud to have found a band that embraces women. That I have been able to grow and thrive in this band, and to do that alongside my mom, who joined at the same time as I did, has been a special experience for us.”

Bagpipes Calling! is available to stream on Wozny’s website for $5. She hopes, in the future, to create a documentary series featuring her bagpipe band travelling to Ireland and Scotland.

For the time being, however, she is focused on finishing her first feature-length documentary: Native in America – a biographical film that tells the story of an Indigenous (Ojibwe and Lakota) musician and actor, “who after a difficult past found healing through the arts.”