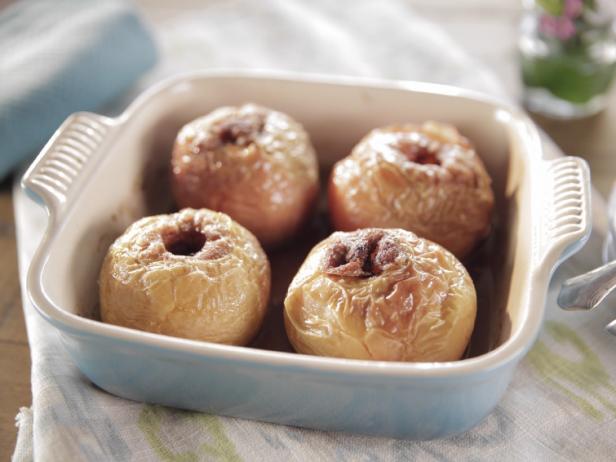 As much as I would like to lay claim to the apple as a fruit belonging to the Celts, I must give credit where credit is due. The first apple goes to Adam and Eve in The Garden of Eden. The farm where I was raised in Antigonish County on Canada’s east coast had at least a dozen apple trees which bore ripe and delicious fruit, however, making it our own version of paradise.


Instructions
Wash the apples and core them. Make a shallow cut through the skin around the center of each apple to prevent the skin from cracking during baking. In a bowl, combine the cinnamon, sugar and raisins together. Stuff each apple with this mixture and top off with a teaspoon of butter. Add juices to the pan. Bake uncovered at 375 degrees for 40 minutes, just until tender. Once the apples are removed from the oven, baste with the pan juices. Serve with your choice of ice-cream, frozen yogurt, whipped cream, yogurt, or sour cream. Drizzle the top with maple syrup. This recipe serves 4, double the recipe for 8.