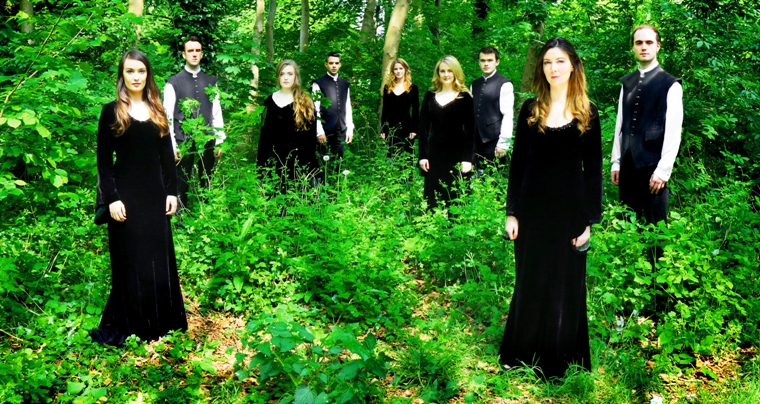 Saxophonist Gavin Brennan describes music as “a form of expression not hindered by language.”

“As a kid, I always responded to music,” he explains via email from his home on the Emerald Isle. “I would always get excited when I heard music being played. So my parents encouraged me to take up an instrument. By the age of ten I had chosen the saxophone, thinking it would be cool. I always loved the way music could communicate emotions, without words. I knew pretty early on that performing music is what I wanted to do professionally.”

Brennan was born in Clontarf, a small town just off the coast of the Dublin Bay, where he still resides. In 2016, he joined the vocal ensemble Anúna.

“Music is such a natural way of communicating. The music I get to perform, both as a solo saxophonist and with Anúna, has that communicative quality. The sounds alone, irrespective of the words, tell a story. I feel privileged that it is my job to bring these stories and emotions to audiences.”

Anúna first formed in 1987, when Irish composter Michael McGlynn aimed to give voice to his instrumental compositions.

“Many of his pieces are strongly influenced by the history and mythology of our homeland,” explains Brennan. “The choir’s current singers have joined at various points over the past three decades. And whilst a number have been with Anúna for the entire 30 years, membership has been, and is, an ever-evolving entity under McGlynn’s stewardship.” 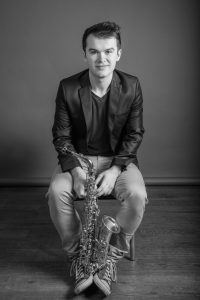 Since day one, the group has strived to remain true to McGlynn’s initial intentions.

“Michael has always had a sound in his head for the group, and the singers are the instrument.

“We are all encouraged and supported to be the most accomplished that we can be as vocalists.”

Brennan adds that many of those early members helped to define Anúna’s sound.

“On the surface the Anúna ‘method’ is a simple idea, and one that should, ideally, transcend the boundary of musical training and facilitate the singers to transmit genuine emotion and truth – both the true nature of themselves as singers and the truth that is within the texts and music set and arranged for us by Michael McGlynn. This methodology is the basis for all of our work. That said, we are always open to new ideas, as we analyze and develop our vocal sound at every rehearsal and every show. To that end, no two performances are ever the same.”

Both he, and the group, have enjoyed a stellar career, full of musical highlights.

“We have been featured on Grammy Award-winning albums, had a number-one selling CD on the US World Music Charts, and reached the Hot 100 of the Billboard Album Chart. Earlier this year, as part of our 30th anniversary program, we collaborated in Tokyo with a Noh theatre company on a Japanese language production of Yeats’ “At the Hawk’s Well.” However, the greatest rewards are when we are on stage, bringing words to life. Getting to share that experience with audiences is, ironically, almost beyond words. “

While Brennan believes that Ireland’s culture is well promoted through music, he does note a need to be more inclusive of all styles.

“There are some amazing artists currently active in the Irish-Celtic music scene. Equally, there are some wonderful efforts being made to promote and cultivate this community. However, an issue can sometimes be drawn as what kind of music is to be considered Irish music. When people think of Irish music, what initially springs to mind is traditional Irish folk music. This is a fantastic art form that is intrinsically linked with our culture, but it is not the only music being created in Ireland. The view that Irish music is in purely one style or genre is a restrictive one. Music in Ireland is, in truth, a diverse community of expression.”

Over the coming months, Brennan will perform with Anúna in China, Germany, Belgium and the Netherlands. He also has a number of projects lined up for 2018, both on his own and with the group.

“We have just released a new album – a compilation of fresh recordings and existing tracks to celebrate Anúna’s thirtieth anniversary. This year, we will tour across Europe and Asia. And, as always, we will continue to explore our musical boundaries.”