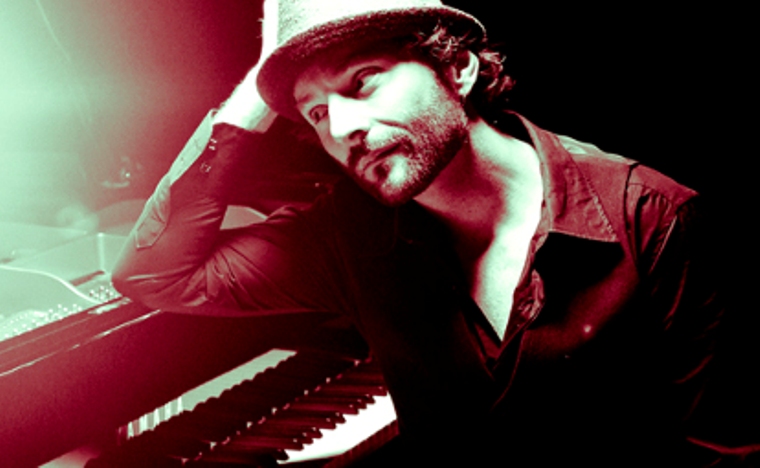 Whether plying his trade as a solo artist or with his renowned band Signal Hill, Nova Scotia’s Jason Campbell might be the busiest musician in Atlantic Canada. Recently we spoke with him about his passion for his profession.

What is your own background?
I was born and raised in Newfoundland. Many generations back my family was Scottish and British.

When and why did you start playing music?
I’ve always sang and it wasn’t really a conscious decision to be a musician. It’s all I’ve ever done for a living. I’m just naturally driven to be a better player, singer, performer; I wish I could give a better answer. My father was a singer/drummer in bar bands when I was born.

Are they the same reasons you do it today?
I suppose the difference now is that I have to play to support my family, mortgage, business ventures, etc. I still love it though, I find myself more and more drawn to do things like jazz and solo original projects to sort of push the boundaries of what is expected of me with Signal Hill. 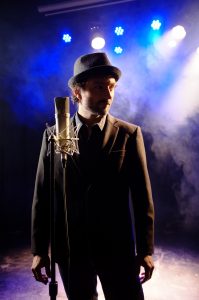 How have you evolved as an artist since that time?
I started as a rock drummer, and moved to being front man singer in many bar bands, until I decided to study Jazz at Mohawk College in Hamilton, ON. Since then I’ve become a piano and guitar player, and pushed my vocal range a lot. Hopefully I’m not done though. There’s a lot left to learn.

How would you describe your sound today?
For my original music I’m not really going for any style in particular. It’s really all over the map. I usually trust Cory Tetford, my producer to turn the songs and performance into something modern, but for me it’s really about getting the best songs and performance on record. My solo album, Missing Signals is a Rock / Jazz / Pop / Dance record. I get the best musicians I can and let them do what they do best.

What are the challenges involved with the vocation?
Time management; I play over 200 shows every year. I kind of need a clone. But seriously; doing what you want vs. what will fill the bars, halls, tents and arenas. That’s the challenge. I try to always find pleasure in what I do musically. If it has to be covers, than at least I will make them my own and push the limits of my range and improvisation. One night I can be playing to a sold out crowd of 4000 people in PEI, and the next, 20-30 at my weekly jazz gig at the Halifax Distilling Co. I love both experiences for different reasons. I could look at the big crowd and complain that I have to play cover songs, or I could be bummed out that I’m singing jazz for 20-30 people…but instead I try to be thankful I get to do it at all. For me it’s all about the audience feedback. If they love it, so do I.

What are the rewards?
The music business has been good to me. I have been lucky enough to not need a day job. It makes you feel like you’re doing something right when you can hop on a plane and travel to another province or even another country, play a bunch of crazy sold out shows and then come home to cap it all off with one more on Sunday night at the Lower Deck in Halifax. A lot of cats wake up every day and write songs, but I’m more into playing live. I’ve been doing it in bars and clubs since I was 15. Right now I feel most rewarded though, that I get to perform and record with so many great musicians.

What have been some career highlights?
Playing in Moscow a couple of times, the Dominican Republic and most arena shows really stand out for me. My Missing Signals album release show at the Schooner Room was definitely a highlight. We had an amazing 12 piece band with strings and horns, played all of my original songs from the album and some really cool covers.

Is your creative process more ‘inspirational’ or ‘perspirational’?
My songs are written from personal experiences and are usually true and trying to express something about that. My goal though, is to still try and make the lyrics as universally relate-able.

What makes a good song?
Lyrics, Melody and Harmony that make you feel something….any emotion, is a functional song. The ones that do that and really stay with you….those are the gems. It doesn’t matter if the writer’s intended meaning of the song, and what it means to you are two completely separate things…as a writer I just love that. Most of my songs seem like romantic relationship songs but several of them are not that at all. How people interpret and mishear or misunderstand lyrics to suit their own memories and emotional situations – that is what really intrigues me. 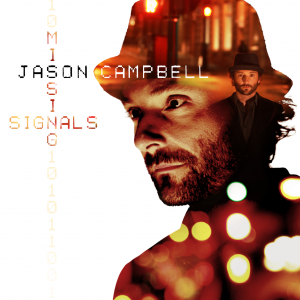 What are your thoughts on the current state of the music scene in Atlantic Canada?
From my point of view the music scene in Halifax is better than in most parts of Canada, in a sense that you can make a living from playing live. Jazz and Indie / Original music have a lot of fan support but it can be a struggle, even for the most amazing writers and performers. If you’re not connected to the main management companies and/or have skills at writing grant proposals, you are at a major disadvantage. The pub scene of course is booming.

How can this be improved?
I would like to see more support for the venues and individuals who try their best to keep original, indie & jazz music alive and relevant. Having said that, in larger centers like Toronto the cost of living makes being a full time musician very difficult. We are lucky to live and play on the east coast of Canada. There is grant money available to some artists, but I don’t see much in the way of support for the venues who provide employment for real live gigging musicians. There is far more revenue generating potential in 2017 for the live performance aspect of a musical career than there is for recording and releasing songs and albums digitally or on CD’s / LP’s. I would like to see the Music Industry do more to recognize this shift, and help those who drive it’s growth. Making an honest living from music in any way, should have merit in the measure of our music industry as a whole.

What do have on tap for 2018?
Signal Hill seems to expand its touring every year. With the loss of HMV, we have no plans to record any more albums but we do have a lot of live video to release. As long as the crowds keep growing, we’ll keep playing! My solo career has moved towards live jazz. My biggest goal so far for 2018 is to re-launch live jazz at the Halifax Distilling Co. with a Back Alley Big Band show. As a Big Band arranger, this is a huge thrill for me. I believe the show will be on April 14.