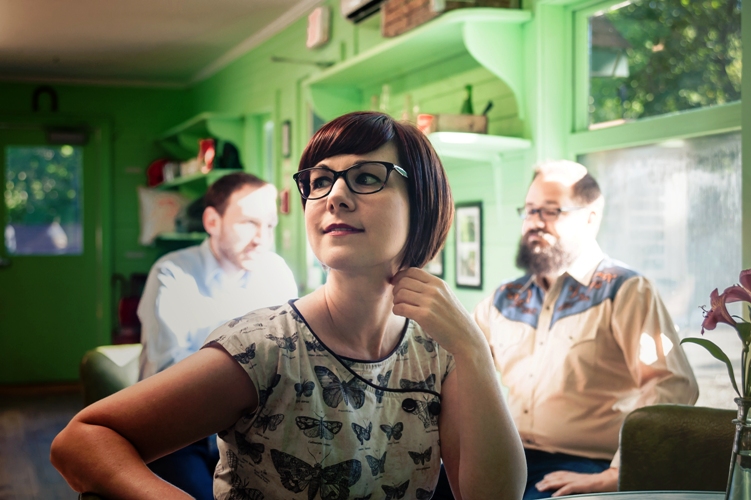 April Verch began her foray into fiddling as a youngster.

“I actually started step dancing lessons in the Ottawa Valley at the age of three,” remembers the native of Pembroke, Ontario. “I really wanted to fiddle then as well, but my parents figured that it might be best not to do too much at once. I kept bugging them though. My first little fiddle was my sixth birthday present!”

It was her parents, and their love for traditional and local music scenes, that motivated Verch to play.

“I grew up around it… attending dances, jamborees and such,” she explains. “My Dad had a classic country band that played locally for dances. I listened to them practice and saw his love of music.

“We were surrounded by fiddle music when we were dancing as well. Partly, it was the instrument and the tunes that I loved, but I think I was equally inspired because of the great community it meant I would be a part of. Even at an early age, I realized that everyone was having a great time every time there was a fiddle around!” 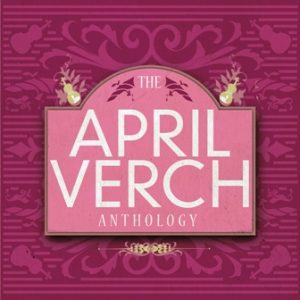 Since then, Verch has made the most of her passion; writing, recording and touring for nearly two decades. Her most recent album, The April Verch Anthology, was released earlier this year.

“I feel so lucky to still be doing what I love, with a band that I love.”

“It can get pretty difficult, even when you love it, to make everything work out,” she admits. “However, with seventeen years of full time touring under my belt, it feels like my entire career has been one big highlight. I have already achieved my dreams in so many ways, including being a part of the opening ceremonies for the 2010 Olympic Winter Games in Vancouver as part of special fiddle segment. That experience was amazing!”

Influenced by the likes of John Hartford, Verch emphasizes simplicity when writing songs.

“It doesn’t have to be complicated. It has to sing by itself and be memorable, and it has to leave plenty of room for grooving. Sometimes a tune can “try too hard” – either with melody or chord structure – and that just turns me off.”

Verch’s current fiddle of choice is a Kate Richenbacker model that she has nicknamed Orvil. While she considers herself a traditional fiddler, she is not quick to adhere to the standard – and questionably antiquated – use of the term.

“There are people who believe that in order to be a traditional fiddler you have to stick to one style – and to preferably be a native of that style. I don’t really believe that. I feel like there are many definitions for a traditional musician, and I count myself as one because, although I like a lot of different genres, they are all traditional or roots-based forms. I have a great respect for those roots and styles when I attempt to play them, even if I didn’t grow up with them.

“I also don’t really modernize traditional tunes or songs, just because it’s not my cup of tea. I feel like that keeps me somewhat traditional as well, which is just my own personal preference. 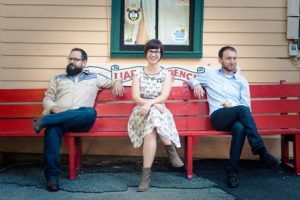 “I hope that by the end of a performance, audiences stop trying to pinpoint what we are or what we play, and just enjoy a great musical journey with quick stops in a few different directions. I want them to think that we just sounds like “us”.  That’s not always the easiest thing to achieve, but it’s a great aspiration and it keeps me focused on just being my best and using my strengths for the good of the music.”

Today, with touring plans already set for the coming year, that connection she felt with Celtic music as a young girl is stronger than ever.

“I still adore and treasure the community that comes from being a part of music, or dance, or certain genres. It’s something quite special, and it feeds the music and my soul. And I think too that, over the years, I’ve garnered more even reasons to play; I’ve seen how doing what I love can really impact and touch people, and how important it is to keep those musical traditions healthy and pass them along.”