Spirits of the North 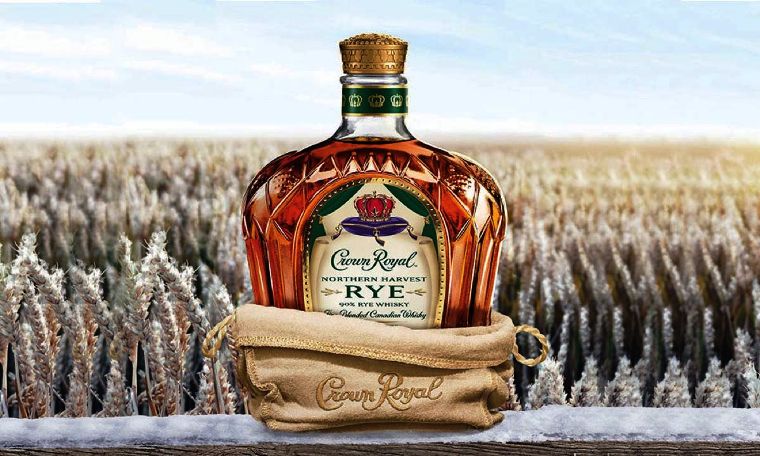 For Canada’s 150th Anniversary, we are raising a glass to Canadian whisky, a spirit that unfairly resides in the shadow of Scotch, American and Irish Whiskies.

Over the course of the 20th Century most production coalesced into the hand of a few large multinationals, but the Craft Whisky Movement seems set to rock that boat, and the future for Canadian whisky looks very bright, with a greater diversity of styles, selection and higher standards. So let’s hoist our flag, raise a glass and shine a light on Canadian whisky!

While any Canadian whisky can be called a “Rye Whisky”, it may come as a surprise to our countrymen that Rye whisky in Canada need not contain any rye grain whatsoever! Rye is a colloquial term used to mean Canadian whisky in Canada. In the US, a rye whiskey must be made from a mashbill containing at least 51% rye gain (the rest can be a mixture of corn, barley and wheat.) In Canada you can legally produce a whisky from 100% corn and call it Rye, why is that?

It all begins with the forefathers of the Canadian whisky industry. In addition to the Scots-Irish, it included immigrants from Germany and the Netherlands, where it was common to distill rye. Rye is an easy grain for pre-industrial societies to work with as it is hardy, thrives in poor soil conditions, and easy to harvest by hand. The first Canadian whisky makers crafted their product primarily with wheat, but many added a generous proportion of rye. Over time, “Rye” became synonymous with Canadian Whisky. Today, even wheat has fallen out of favour with large distillers, with corn having become the dominant grain as it is cheaper, easier to work with, and has a much higher sugar yield. 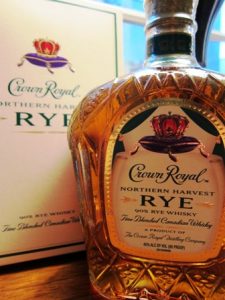 Most of the big brands you see on the shelf today, like Crown Royal and Canadian Club, are produced primarily with corn. Both brands have rye-heavy versions, like Crown Royal Northern Harvest Rye and Canadian Club 100% Rye. Both have darker, spicier profiles than their regular incarnations, and can be sipped neat. A good example of a Rye whisky that doesn’t contain any rye at all comes from Highwood Distillery in High River, Alberta. It produces a 100% corn whisky called Nienty-20, labelled, as it legally can be, as 100% Rye.

Just up the road in Calgary, Alberta Distillers produces whisky from a 100% Rye mashbill – an anomaly in Canada. The distillery uses a mix of both malted and unmalted rye grains, producing a young, inexpensive, but highly respected whisky Alberta Premium. The distillery is the source of a number of “American” Rye Whiskies, like Whistle Pig 10 Year, Pendleton Rye, and Masterson’s 10 Year; all well regarded. There are a couple of 100% Rye Whiskies produced in Ontario, the best know and most respected is Lot 40, a bold and spicy, but balanced whisky.

Craft Distilling in Canada is just starting to catch its stride, and many of these new distilleries now compete with the big multinationals for shelf space.

Some of these start-up distilleries have opted to make Scottish style single malts, like Glenora Distillery in Cape Breton, who was well ahead of the trend, founded in 1989. Its Glen Breton Single Malt took a few years to take foot, but in the last half-decade we’ve seen some excellent releases from them. There are now single malts whiskies being produced in nearly every Province of Canada, and even the Yukon Territory.

Twelve years after opening the Yukon Brewery, its founders launched the Two Brewers Distillery in 2009. To date they have released 5 different, limited edition single malts. Two Brewers Yukon Single Malt Release 5 – the most recent – has been produced from a sour mash – creamy, decadent and fruity. Over on Vancouver Island, the Shelter Point distillery is getting ready to bottle its second release of Shelter Point Single Malt Whisky – produced from barley grown on the distillery’s farm, making it a “Farm to Bottle” whisky. Nearly a dozen BC Craft distilleries have just released, or are about to release, whiskies as well. In Alberta, Eau Claire Distillery is but the first of at least half a dozen craft distilleries making whisky. Its first whisky may be bottled as early as autumn, 2017.

At least 16 Craft Distilleries are operating in Ontario, the first being Still Waters located just north of Toronto, which makes a range of whiskies under the Stalk & Barrel label including Single Malt, Rye and a more traditional Blended Canadian Whisky. Dillon’s Distillery in Niagara is making Rye Whisky in addition to other spirits. For nor, those aged whiskies are only available in Ontario.

As Canada marks its sesquicentennial there is ever increasing selection and diversity of style when it comes to home grown whisky. We’ve only just scratched the surface of what is out there, and what is still to come. Cheers to another 150 years!