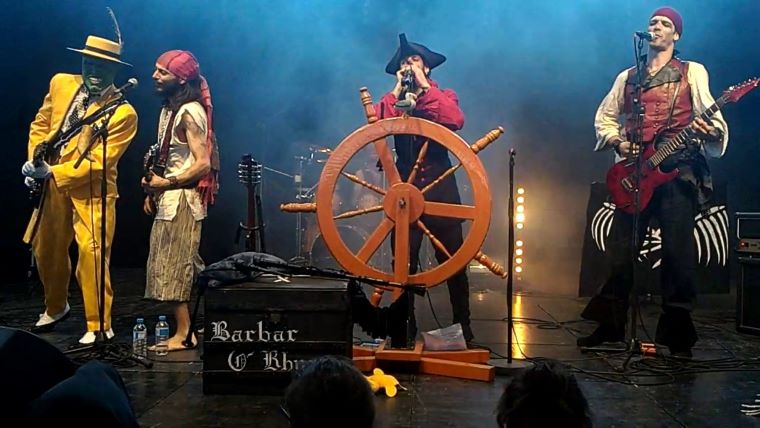 That’s right, “Pirate Celtic Punk.” It’s not exactly trad, but it’s a valid – and popular – vein of Celtic music in its own right. The group’s bandleader, Mathieu Torres, explains.

“Pirate Celtic Punk is a mix between the rhythm of punk, the melodies of Celtic music, and the trappings of pirates,” Torres tells Celtic Life International. “It’s a bit complicated to describe our sound. We try to mix the melodies of Celtic punk, with the power of folk metal. And the lyrics and the atmosphere is all in the pirate universe. We call our sound ‘rock ‘n’ rum.’”

The French aspect of the band is the background of Torres and the troupe, and the language in which they croon their corsair carols.

“I currently reside in the area of Toulouse, in the South-West of France – more precisely, in the Gers, a very beautiful rural area,” Torres explains. “I am 50 per cent French – from Aveyron, a rural area – and 50 per cent Spanish, from Andalusia, so I have no Celtic heritage in my close ancestors, but maybe it’s in the old branches of my genealogical tree.”

Whether or not Celtic blood flows through his veins, Celtic tunes certainly bellow from his heart.

“I really started playing music when I was a teenager. I bought an electric guitar, and I started my first ‘garage’ rock band. In the same period, I discovered the bagpipes through The Dropkick Murphys, and I fell in love with it. Even with the limited information I had about it at the time, I did everything I can to learn this beautiful instrument. 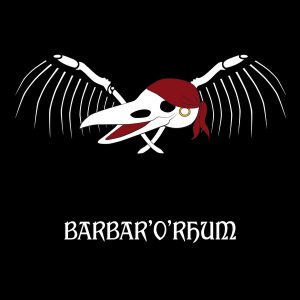 “I discovered a lot of Celtic, medieval, and folk bands during that time – I was crazy about this culture. You have Celtic dancing songs, but there are also some melancholic Celtic tones. It’s a very emotional music.”

He started his career bleating buccaneer ballads solo, but soon, Torres recruited more and more musicians to his crew, enriching the harmonies with each new addition.

“The band came together in April 2014 with five musicians; a drummer, a bassist, a guitarist, a keyboard player, and a singer/flutist/bagpiper/mandolinist. The band has only grown. Today, we are between seven and nine musicians. We have re-enforced our rhythmic part with a second guitarist, and we have recruited new trad instrumental players. The goal is to have a large diversity of sound.”

Since then, the group has sailed the seven seas, touring across the globe and playing to international audiences.

“That’s very exciting, to play and export our music in other countries. Even if we sing in French, foreign audiences have embraced our music.”

Torres and the gang released Journal de B’O’R’ last October. With sounds of creaking wharfs and uncorking liquor bottles sprinkled throughout, the album tries its best to transport the listener straight into Davey Jones’ locker.

“The goal of this album is to immerse listeners in the Golden Age of Piracy, with its glorious quests and its sad moments,” says Torres. “There can be two kinds of good song: when the chorus lingers in the listener’s head, or when the song transports them and gives them chills. I prefer the second kind.”

“We have had lot of good responses,” Torres adds, “so we are honoured and happy for the work we have done on this new recording. Our music is quite difficult to define; with longer tunes, not everybody will like our songs. But the people who do, they support us, and encourage us to continue in this way.

“The reward is when listeners understand your music and are immersed in your universe,” Torres adds. “Another reward is when you are on stage, when there is a connection between the public and you. That’s amazing!”

Torres has been missing that connection of late. Much like the rest of us, Barbar’O’Rhum spent much of 2020 with anchors dropped, weathering the storm of Covid-19. They’re eager to set sail again in 2021.