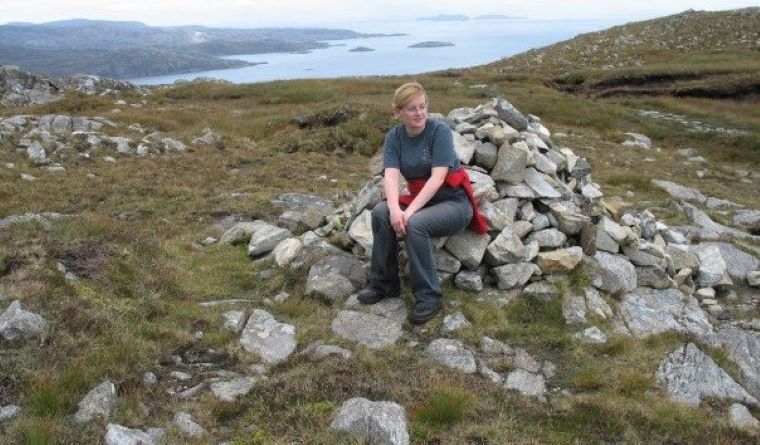 Born in Halifax and raised on Cape Breton Island by her grandparents, Colette Thomas was destined to be storyteller.

“I have been telling stories since before I could even write them down,” explains Thomas from her current home on Nova Scotia’s scenic South Shore. “I would make up all these stories and act them out for my grandparents in the living room. My grandfather was a native Gaelic speaker, singer, and storyteller. However, it was my 8th grade English teacher – Mr. Keele – who made me realize that I had a talent for storytelling. I will never forget the comment he wrote on an assignment saying that, with my talent, I really should write a book.”

Thomas has spent years working as a filmmaker and TV producer in her home province, and recently added author to her resume with her first novel The Forgotten Son.

“I am a born storyteller the same as my grandfather was. I constantly have ideas for stories, or I see something or read about something and an idea for a story comes to me. My day job as a television producer has allowed me to find and tell stories visually. If I stopped telling and creating stories, I would lose a big part of who I am.”

Set in the 18th-century in the West Highlands of Scotland, The Forgotten Son tells the tale of Catriona and Tristan as they delve into the dangerous and mysterious world of the Fae.

“The book came to me one night as I was drifting off to sleep. There was something about these characters and this story that I didn’t want to forget, so I immediately got out of bed and wrote everything down that came to mind. From there I wrote the outline of the story out then broke it down chapter by chapter.”

It was the concept of the Fae – a.k.a. the fairy folk – that captured Thomas’ interest.

“Fairies actually exist in every culture, and stories of them can be found all over the world.” 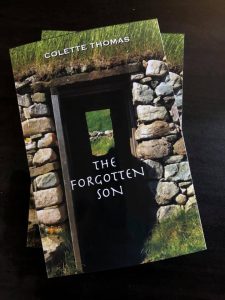 “I love that there is this whole other universe that we really do not know very much about, except by way of stories that have been passed down through the generations. It is a world where the imagination can truly take hold. It is also interesting to note when most people think of fairies they think of Tinkerbell and little winged creatures – but the fairies are much more than that.”

She notes that the project took tremendous research, including regular trips to Scotland and a deep exploration of that country’s rich heritage.

“I drew a lot upon my culture and the stories that my grandfather told. Growing up, listening to his stories on the fairies and the rest of Gaelic folklore was a huge inspiration on the book. It was also important for me to have included Gaelic in the novel as it would have been the language spoken at the time, and one that is still spoken in the Highlands of Scotland today.”

Navigating fer first narrative was full of challenges (“it’s a big pond with a lot of fish in it”), however the strong response to The Forgotten Son – including spots on two of Amazon’s Top Ten lists – made it all worthwhile.

“I get to share my love of storytelling with others and give them an escape to another reality – if only for but a moment.

“Realizing a first book is a little like letting go of your baby and setting it free – you are not really sure how it is going to do but you hope it does well. I have been completely blown away by the response that I have received so far, and I love hearing from people how much they enjoyed The Forgotten Son and are now waiting for the next book.”

Although she is pleased to see a renewed interested in Celtic culture, Thomas admits that there is always more to be done.

“We need to keep promoting ourselves, our culture, and our language. If we lose the language the culture will follow, and we cannot let that happen.”

To that end, the scribe will be busy for the coming months, working on both the follow-up to The Forgotten Son as well as another, untitled novel.

“I hope people fall in love with my culture and Scotland and all the things I cherish about it. Perhaps it might inspire them to learn more and maybe even pick-up the Gaelic language. I am proud of my Gaelic roots and it is exciting to share it with others.”