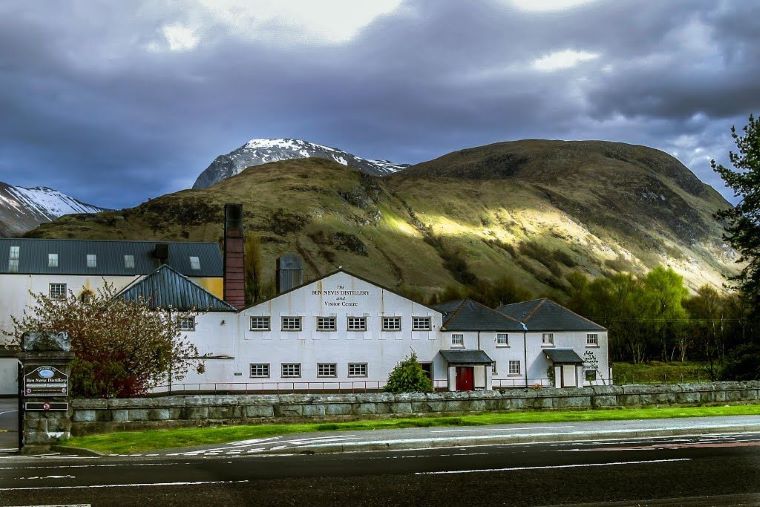 Ben Nevis distillery was established in Fort William in 1825 along the banks of the River Lochy at the foot of Scotland’s tallest mountain, Ben Nevis. Though the distillery was founded by Angus McDonnell, it would be his kinsman – the literally larger-than-life ‘Long John’ McDonald – who would make the distillery famous. As you might have guessed from his name, ‘Long John’ was a giant; 6’4” and built like a brickhouse.

At that time, the British Empire was obsessed with Queen Victoria, and Queen Victoria was equally smitten with Scotland. Her subjects often travelled north on the newly built railroads deep into the Highlands to see what all the fuss was about. The town of Fort William, and Ben Nevis, became a popular attraction. Many of the visitors were not prepared for the conditions of the high mountains in the Highlands, where weather can turn very quickly. When things went awry ‘Macdonald, a well-known sportsman, was often sent off to find them.

McDonald became a partner in the distillery in 1830, taking full control the following year. He was a savvy businessman with a flair for publicity. In 1841, stories in the press reported that the Duke of Sussex and King of Holland were among his customers. He sent a cask of Ben Nevis to Buckingham Palace to be opened on the 21st birthday of the newly born Prince of Wales, the future Edward VII. The Press ate the story up and his legend grew. In 1848, Queen Victoria paid his distillery a visit. Ben Nevis whisky was a hit, selling all over the U.K., but the ailing man had massive debts. With a downturn in the market for Scotch whisky, and the banks unwilling to extend his loans, Macdonald died bankrupt in 1856. 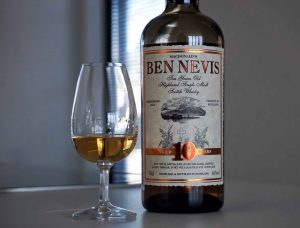 His son Donald then stepped in, purchased the distillery and revived its fortunes. He rebranded the whisky Long John’s Dew of Ben Nevis, put an age statement on the bottle and sales soared. In 1878, with demand for whisky surging again, Donald expanded the distillery. By 1886, when the Victorian whisky writer Alfred Barnard called on the facility, it was distilling over 1 million liters a year, employing more than 230 men, and exporting Long John’s Dew of Ben Nevis all over the English-speaking world.

The McDonald family retained control of the distillery until 1941. There would be a number of owners over the following fifty years, including Canadian booze baron Joseph Hobbs. But by 1986, surplus to demand, Ben Nevis Distillery was closed as a market correction wrought devastation on the Scotch whisky industry as a whole. The closure was short-lived, however, and the distillery’s prospects revived when, in 1989, it was purchased by the Nikka Whisky Co. of Japan. Nikka’s interest in Ben Nevis was primarily to support their own Japanese Blended Whisky. It may come as a shock to some, but Japanese whisky producers are not prohibited from using foreign whisky in their bottlings, and most do, although the rules governing that are set to change. Currently up to 75 per cent of Ben Nevis’ production is sent to Japan every year.

Dire though this may sound, the takeover by the Japanese was not all bad. In 1991, the new owners opened a visitor center, and in 1996 they started bottling and selling Ben Nevis as a single malt. Distribution of official bottlings of the whisky is fairly limited, but independent bottlings can be found with a little effort. Ben Nevis distilled in the mid-1990s has developed a bit of a cult following. Count yourself lucky if you are able to track down a bottle of Ben Nevis 10 Year, or better yet the newly released first batch of cask strength whisky. The advert on the facing page features a stunning exclusive cask bottling of Ben Nevis that I was fortunate to source for my store. And this is to say nothing of the lovely and award-winning Nikka From the Barrel Blended Japanese whisky, in which there is almost certainly a healthy dollop of ‘Long John’s Dew of Ben Nevis too!

If you visit, there is plenty to do in the Fort William area, including mountain biking, hiking, water sports and, of course, climbing the famous Ben Nevis. A trek up the mountain takes 4-8 hours depending on your level of fitness. Don’t get lost though, the mists hide dangerous cliffs, and Long John McDonald and his bell aren’t around to rescue folk any longer! ~ Story by Andrew Ferguson