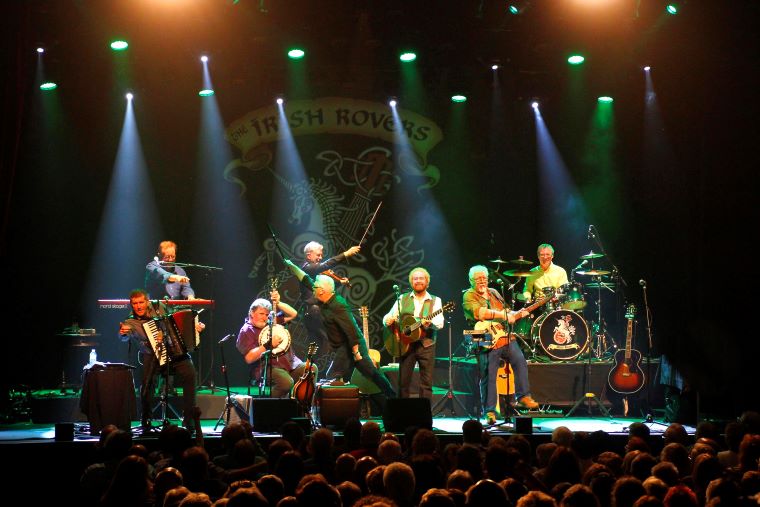 After a brief stint away visiting with family in British Columbia, Irish Rovers frontman George Millar is back where he feels most at home – in a recording studio.

“We are just about to release our new CD,” he tells Celtic Life International over the phone.

“We are calling it Saints and Sinners,” he continues. “I think we probably fit into one of those two categories – the fans can decide which one we belong in. I just finished it, just before going to Vancouver. I have given it a couple of days off – I don’t want to listen to it just yet. I will give it a few more listens to make sure there are no little glitches that need to be fixed, and then I’ll send it off. It should be out early in the new year.”

Millar says that long-time fans of the Rovers, whose career spans over five decades, will love the new album.

“There are some absolutely decadent Irish-type drinking songs. I mean, there’s not an Irish or Celtic band in the world that doesn’t have some good drinking songs like Whiskey in the Jar, and Whiskey You’re the Devil, and all of those songs that everybody seems to know and do. And there are actually a few love songs here and there because, you know, there are saints out there as well.”

That said, Millar admits there is at least one surprise he is looking forward to unleashing on the fans.

“We did a bonus track. We were having a bit of fun in the studio, and I wrote a very different kind of song for us.”

Inspiration for the new tune came while on vacation in Hawaii.

“I was walking along the beach and somebody was playing some Bob Marley stuff, which I happen to really quite like – very popular in Hawaii. So, I thought, ‘what a neat little song that was.’ I think it was Buffalo Soldiers. I really liked the rhythm,

so I put together a piece we call The Irish Reggae Band. We’re going to post it on our website for our fans this Christmas. They can listen to it and decide, ‘what the hell is going on with this?’” 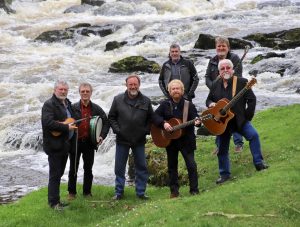 The new recording is both a culmination of one year’s work with the Irish Rovers and also, perhaps, a precursor to the next year’s – and next decade’s – adventures. The band will tour in support of the album, starting this February. As Millar puts it, it could be their last time out on the road, or it could be just the beginning of another busy decade – that is for the fans to decide.

“We are on a sort of a long, farewell tour, and any time it gets near to the point where we think we will call it a day, I get a call from Bill – w

ho takes care of these things for us – saying, ‘okay, there’s another tour – they really want you back. Like, Australia – they want us to go back to New Zealand and Australia. We said goodbye there two years ago, but Bill says, ‘well, I know, but they want you back!’

“’If people want us back,’ I replied, ‘we’ll end up like Cher, for God’s sake! On our fifth farewell tour,’ However, if we are all feeling good and healthy – and if the audience wants us – there is no reason to pack it in completely.”

The Rovers have found a nice groove in recent years, with shorter tours across North America and a few dates in Ireland and elsewhere each year. By all accounts, it is a routine their fans are happy to settle into, so long as they get the chance to experience all their old favourites.

“I have learned over the years that I can write new songs, but it’s not always what people want. They don’t mind a couple of new songs now and again, but they still want the black velvet band. They want to hear The Orange and The Green, or and Lily the Pink, or The Unicorn. Those are the ones they learned as children, and these are the songs they want to hear.”

Millar doesn’t begrudge people loving their old favourites – he acknowledges that everyone, from Gordon Lightfoot to Paul McCartney, are always asked to play the hits. That is just the nature of the business. However, he still manages to slip in a few of the newer tunes in concert.

“Many of the songs that I write are written to sound like they fit our band, like they are 200 years old. That’s the idea. So, the new songs fit the repertoire perfectly so much so that people don’t even know it is a new song. They think that maybe they have just never heard it before.

“And if somebody in the audience wants to hear a particular song, I will ask the band, ‘do we remember it?’ And if we half-remember it, we’ll give it a go.”

Admittedly, the Rovers have a lot of material to remember – especially Millar, who has been a member since he co-founded the group with Jimmy Ferguson back in 1963.

“My cousin Jim joined us from Ireland about three months later,” Millar recalls. “We traveled to the west coast of Canada – to Calgary, Alberta – where my brother Will was living, and had a little TV show for children. He joined the band, and from there, we drove down to San Francisco and started our career at a place called The Purple Onion.

“It was great,” he says, adding that he was thinking about the old days recently after working to digitize their older TV broadcasts. “Peter, Paul, and Mary were there. The Smothers Brothers were across the street. Even the Grateful Dead, in those days, were playing in there. 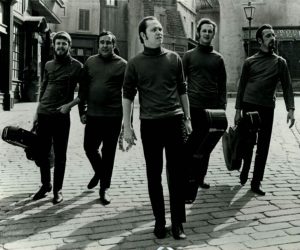 “Those were just great times. When I see those old TV shows I think, look at how young we were. We were boys.”

And while the Rovers still sing many of their classic songs, the way they make music has changed drastically since they recorded The Unicorn at Universal Studios with Glen Campbell.

“There was my Ripley guitar, Glen Campbell, my cousin Joe played a harmonica, and they brought in a bass player. That’s all it was on The Unicorn,” Millar says, with a twinge of amazement. “Just the harmonica, two guitars, and a bass. And it became this huge hit all over the world.

“Now, the process is incredible; I send tracks to our keyboard guy Morris (Crumb), who then sends them along to Cork, where Sean [O’Driscoll] records his banjo and mandolin. Then it’s off to Gerry (O’Connor, fiddler), before it is all sent back to me, and then we have Geoffrey [Kelly] record his flute parts. It is all done piecemeal, but it works.”

While he admits that some of this digital wizardry is still a bit mystifying at times, Millar is thrilled that new musicians today have the means to blaze their own trails, independent of corporate hit makers.

“Record companies held everything over you in those days, and I’m not sorry to see a lot of them go to tell you the truth. Many of them had the upper hand over the artist. There’s not an artist that I have ever met, from the Beatles to Sting, who have not had to either sue their record company, or at least promised to go to court over it and then get some sort of a requisition.”

That freedom also allows bands like the Rovers to have more control of their own musical future. Miller adds – so long as the fans like it. But he seems happy to leave that up to them.

“Now that we have our own record company, we release whatever we want to, whenever we want, hope that our fans are going to like it. Again, it is all up to them; if they don’t want to see us anymore, that’s great. If they don’t want to listen to us, that’s fine, too. We have had a long and rewarding career, and I will never, ever run it down. No regrets. But so long as the fans keep asking, we will keep doing it.”