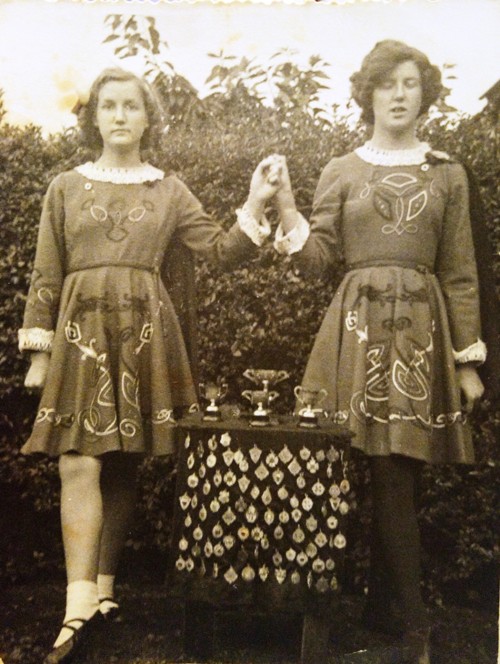 Beth Greene grew up in a working class neighborhood on Dublin’s north side, surrounded by history and a hope to carry her culture forward

Greene’s family name is Ring, and its political overtones were clear to the youngster growing up in Dublin in the 1950s.

“My paternal grandfather Christopher Ring, and four of his brothers, were members of the Irish Citizen Army who fought for freedom in the General Post Office in 1916,” she shares via email.

Four of the Rings were carpenters who were dispatched by a rebel commander to burrow passageways through buildings. Her great-uncle Liam, who worked in the Irish legislature, translated A Soldier’s Song – the stirring Irish anthem – into the ancient language in 1926.

“Nationalism and patriotism run deep in the Ring family, and the younger generations were encouraged to keep the Irish culture alive through activities such as music, dance and the arts. I chose dance.” 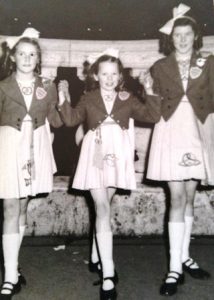 Greene was sent off to National School at the tender age of four “with a six penny piece to pay for a half hour of Irish dance lessons from the renowned Cora Caldwell.” Her older sister was a dancer, and the younger siblings were to follow briskly in her footsteps.

Long before the acclaimed Irish musical Riverdance brought world-renown to Irish dancing, Greene remembers traveling with her mother and her sister on the #20 bus to Henry Street every Saturday and Monday afternoon, come rain or shine.

“From there we walked through the city to Parnell Square where the dance school was located. Fast forward to 2017, 60 years later, and I am still dancing but maybe not as light on my feet as I was in my youth,” she jokes.

Through her years as a young dancer she accumulated medals, trophies and team awards. Every Easter weekend, from age six to 16, she danced at an inner city Feis, and she was a regular at the All Ireland Championships.

“I danced for the love of it, the camaraderie at competitions, friends in class and the social life we shared outside dance.”

“There might have been a girl who won more trophies and medals than me, who had a solo costume whereas I didn’t, but she was my friend and material things didn’t matter back then. Not in my world.” 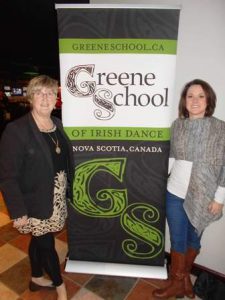 Days after marrying in Dublin in 1974, she and her husband Bob were bound for Halifax.

Green was pleasantly surprised to discover Irish patriotism extended across the Atlantic.

“I soon got involved with the Irish Society of Nova Scotia, and was known to do a step or two at the ceilidh.”

In 1989, she opened the Greene School of Irish Dance.

“What we call the rise and grind, what I learned 60 years ago, is exactly the same as we teach our beginner dancers to this very day,” she says, noting that the basics must be mastered before new steps are introduced.

Greene’s passion for dance has been passed down to her daughter Sinead, who began teaching alongside her as a teenager, later earning her certification. She is now the school’s principal teacher, director and choreographer. Greene proudly points out her seven year-old granddaughter Brielle is already dancing competitively. 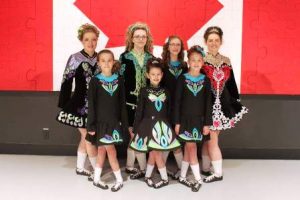 “Her sister Clara, aged four, just joined and dances weekly at our studio. In fact, three of the five dancers in that class are children of former pupils of the Greene School.”

Greene’s dancers are part of the Royal International Nova Scotia Dancers, and have appeared alongside the likes of the Chieftains, Cirque de Soleil and the Barra MacNeils. They have also toured Switzerland, and will be performing and competing across Eastern Canada and in Montreal, Boston, Ottawa, Toronto and Tampa in the coming months.

Decades after leaving Ireland, Greene is still happy to call Nova Scotia home, where the Halifax Charitable Irish Society, An Cumann, and St. Mary’s University Chair of Irish Studies all continue to promote Irish culture, and where there is no shortage of local Irish pubs.