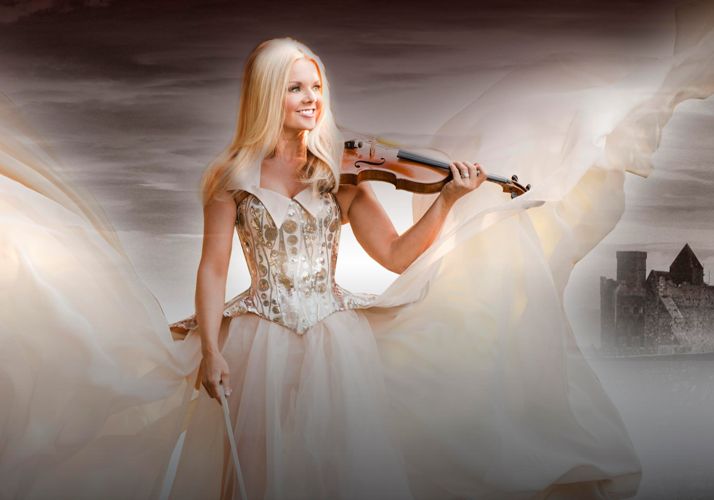 With her latest recording, Hibernia, Irish violinist Máiréad Nesbitt breaks from – and embraces – the past.

As a founding member of Irish super-group Celtic Woman, violinist Máiréad Nesbitt has recorded over a dozen albums and performed to appreciative audiences all over the world. A highly acclaimed musician, she has shared the stage with the likes of Michael Flatley, U2, Van Morrison, Sinéad O’Connor, Clannad, Emmylou Harris, David Bowie, Sting, and many more. Recently she spoke with Celtic Life International about her passion for her profession.

What are your own roots?
I was born and raised in the beautiful countryside of Loughmore, Co. Tipperary. It was an idyllic place to grow up, and it is still my favourite little piece of Ireland.

What originally got you into music, and are they the same reasons that you do it today?
As a child, there was always a great deal of music happening in our home and in our community; both my mother and father performed and taught music, and my sister and four brothers all played various instruments. So, things could get quite noisy at times! I fully embraced it, however, starting on the piano, and later switching over to the fiddle by the age of six. The common denominator between then and now is the constant inspiration of my parents. They are still involved with just about every aspect of my career. 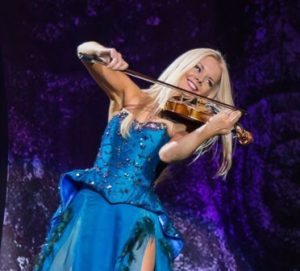 What inspired the new recording, and why now?
It has been awhile since I put out a solo recording (Raining Up, 2006), and I have been so busy writing, recording and touring with other artists since then that there was simply never time to focus on my own material. I would do bits of composing here and there, but it wasn’t until I was able to clear the slate, so to speak, that I was in a position to actually sit still long enough to put all the pieces together. The title, Hibernia, reflects my passion for Latin and the links between the classical world and our way of life in Ireland. My aim was to convey the clash, or contradiction, of these two thematic streams running side by side. The album also reflects my two primary influences as a player – classical and Celtic – and my love of both genres.

You have some serious accompanists on Hibernia.
I was very fortunate to work with a number of amazing players, including Mick O’Brien, Nick Bailey, Noel Eccles, Nathan Pacheco, and Colm Ó Foghlú, who wrote and co-wrote much of the material with me. They were all simply brilliant, and it was a real pleasure to work with people who are so enthusiastic about music. And, of course, my mother and father and my sister and brothers were all involved as well.

The Orchestra of Ireland makes an appearance also.
Yes, and I love what we were able to do with the ensemble. Kenneth Rice (leader) and Liam Bates (conductor) did a fantastic job accentuating the songs, letting them breathe and stand on their own, without over-crowding the melodies. It was a lovely touch, as was having the Cashel Set Dancers appear on the album, which, I believe, is a first for a studio recording.

You are currently working on a family album as well?
Yes, and that will be out in the spring. The tentative title is Devil’s Bit Sessions, which reflects the looser, more light-hearted nature of the recording. The album has a real folksy feel to it, and finds its roots in the music that we heard daily growing up in rural Ireland. 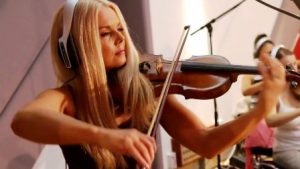 What is it like to work alongside family members in that milieu?
It’s been brilliant, actually – good craic as we say in Ireland. A lot of people think that there is this tremendous potential for disaster with these kinds of situations, but that certainly has never been the case with us. We have always been a very closely knit family, and we bring out the best in each other both as people and as players when we are together. It really doesn’t get any better than having the opportunity to work and play with the people who are nearest and dearest to your heart. I am so blessed that way.

Is your own creative process more ‘insprational’ or ‘perspirational’?
Good question. I think it is both, really. A lot of ideas for writing, recording or performing come at all different hours, so I always have to be open and ready for them when they magically appear. To be honest, many of them never make it to the studio or the stage, but it is always better to have more creative ideas than little or none. My favourite moments are improvisational – getting caught up in a melody, losing myself in the music, or feeding off the energy of another musician’s performance. That ability and freedom to improvise comes about from knowing my instrument inside and out. As such, a lot of time and effort goes into allowing for those spontaneous ‘moments’ to occur. It takes a great deal of effort for a studio recording or a live show to appear seamless. What audiences experience is the end result of many, many hours of blood, sweat and tears by a large number of dedicated people.

How have you evolved as an artist over time?
From early on, I have been fanatical about practicing. I play all of the time, and my technical skills continue to develop the more that I play. And I think it is important to be humble as a musician, and as a person; to know that there is always something more to know, to love to learn, and to remain open to new ideas and experiences. I’ve had the very good fortune of working with some highly skilled players over the years who have challenged me to grow as a player, and I have taken something from all of those opportunities. Perhaps one of the biggest lessons I have learned in recent years is knowing when not to play – to lay off the gas pedal a little, as it were, and allow the songs the space to breathe on their own.

Miles Davis once said that music exists in “the space between the notes”.
True enough, though I believe the original quote came from Claude Debussy. Any artist, no matter what discipline – music, dance, theatre, sculpture, painting – will tell you that art, or beauty if you will, works best when there is a relationship at play with an audience: having that ‘space between the notes’ engages people – inviting them to fill in the blanks with their own imaginations, and making them part of the story or experience. In that regard, I have no use in performing for an empty auditorium or concert hall; as a musician, it is an empty experience. 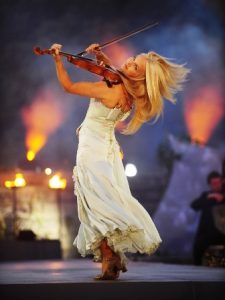 Speaking of performances, when do you hit the road?
We haven’t made any formal announcements just yet about touring this year, but it is definitely on the agenda. I have been happy to be at home this past while, enjoying the time with my family and in the studio. I have been busy with media and promotions for Hibernia in recent weeks, and I am getting ready to release my own brand of Celtic violins, but I am starting to get that itch for live shows again, so it will likely be sooner than later I believe.

Why do you think that Irish music and culture has exploded on the global stage?
There are a number of reasons, I believe. Obviously, the internet has made everything just that much more visible and accessible. Certainly, productions like Michael Flatley’s Riverdance and Lord of the Dance, which have taken our traditional customs and brought them into a more modernized context, have introduced our culture to new audiences around the world. The same can be said for acts like Celtic Woman and Celtic Thunder. And we have some really incredible contemporary artists in Ireland – U2, Van Morrison, Sinead O’Conner, Clannad, Damien Rice – who have all struck a chord with listeners, shining the spotlight on Ireland for more than a generation now. And I think that some credit must be given to our governments, who have done well to invest in the arts over the years, making it possible for musicians such as myself to enjoy the careers that we do. Irish culture has always been distinct and unique – we are a nation of storytellers, with a great history of music and literature. We are also a country of emigrants, and our people can be found all across the planet. That is both our greatest tragedy and our greatest triumph: we’ve lost so many for so long. Thankfully, they have carried our customs and traditions with them wherever they have roamed. And I am both very proud and honoured to be able to do the same in my own way.