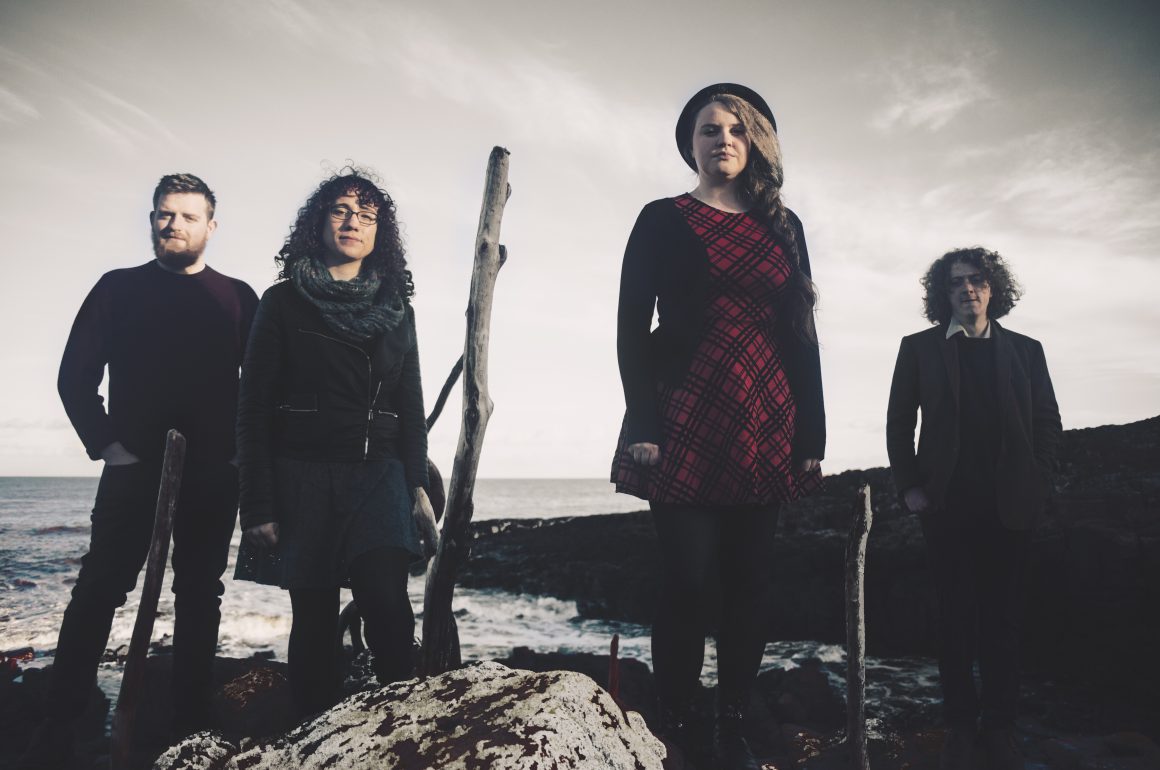 Though only months old, the new release is sitting well with fans and reviewers, including Stephen Hunt of fRoots Magazine – who called the group “New Kids on the Rock” – and has credited them with “bringing something new to the party.”

“When they really let fly with two harmonizing whistles, guitar and bodhran they can’t help but evoke the name of (Anglo-Irish ‘trad’ legends) Flook,” continues Hunt. “It is a testament to their collective abilities that they don’t need to shy away from such comparisons…an exciting and distinctive debut from a young group with real potential.”

Despite all of the accolades, the band is simply thrilled to have its first album in circulation. 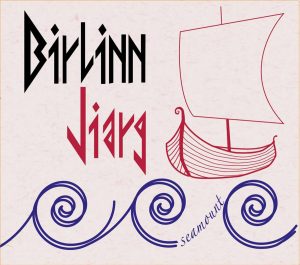 Hurst, now 25, was born and raised on the Isle of Man. By the age of 13 she had become immersed in traditional Manx music, attending local sessions, and teaching herself the basics of both the whistle and the concertina. Within a few years, she left a myriad of musical and dance projects to study folklore at university in Newcastle on Tyne in England.

Paul, 23, is from Scotland’s northwest highlands, where he was introduced to the pipes in his school years before taking up the guitar and studying traditional Gaelic music and culture.

In 2015, the pair teamed up with Freya Rae, a master on the clarinet and flute, and bodhran player Callum Younger.

“We may all currently reside in Newcastle on Tyne, but we are all from different places in the British Islands,” Hurst points out.

Rae, 26, grew up in the Scottish Borders region where, as a young child, she was inspired by the social aspects of playing in small hall bands and at family ceilidhs.

Younger, 24, is from Birtley, Gateshead, and was lured from his school lessons as a teenager by the irresistible beat of the drums.

“We found our sound fairly quickly once we were all part of the band,” notes Hurst. “Now that we have greater familiarity with one another as players, the material is coming together more easily.”

Although playing together requires steady practice and dedication, Hurst says the band members encourage and inspire each other.

“We will adapt a traditional Manx tune, putting our own stamp on it.”

“It is not our intention to improve the tune – we just like to perform it in a different way, and with an unusual combination of instruments, so that our individual personalities come out through the music.”

A good tune, she believes, begins with a strong melody.

“All of us agree that it must be catchy, but not cheesy. It all comes down to how it is played and arranged, and that is why we modify our repertoire to fit our own taste and style.”

While the band members enjoy the perks of their profession – writing, rehearsing, recording and touring – the business side of music is less appealing.

“One of the main challenges is always the irregularity of work as a musician,” shares Hurst. “Some periods are extremely busy while other times during the year there may not be much work – although this has its advantages also, as we all need down time to rest and regroup.”

She adds that some of the credit for both band’s current success, and the growing popularity of Celtic music and culture in general, must be given to government groups.

“On the Isle of Man we are very fortunate to have organizations such as Culture Vannin who do everything they can to preserve and promote Manx culture.”

With their first recording now under the belts, Hurst and her band-mates are currently putting the finishing touches on several new videos, and are preparing to go back on tour, which will include stops at the Warwick Folk Festival and the Festival Interceltique de Lorient in Bretgane in the coming months.

“We play music because we enjoy music, the social scene, and performing at gigs and festivals. The chance to travel, see new places and meet new people is a great thing, as is the opportunity to showcase our unique culture in unique ways.”