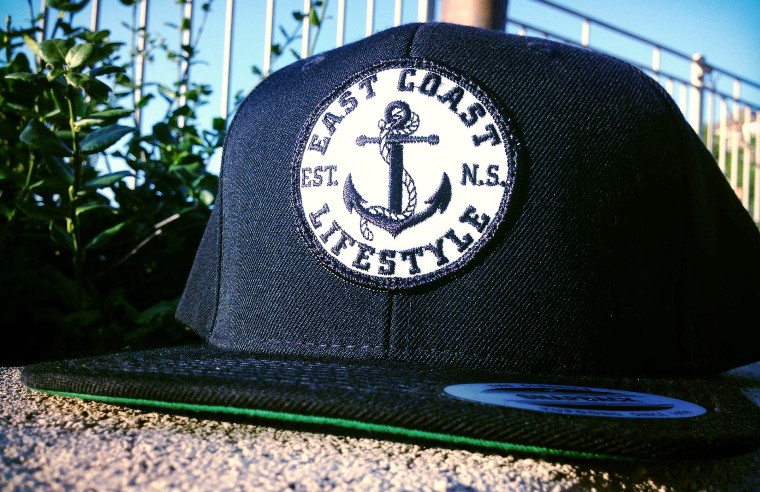 If you have spent any time travelling through Canada’s Maritime Provinces over the past while – Nova Scotia, New Brunswick, Newfoundland & Labrador, or Prince Edward Island – you have likely seen someone with East Coast Lifestyle proudly emblazoned across their shirt.

The East Coast Lifestyle apparel brand has exploded in Atlantic Canada – and beyond – since inventor Alex MacLean launched the product almost four years ago.

“I was told to create an invention in a course called Venture Creation,” says MacLean, 25, then a student at Acadia University in Nova Scotia. “I discovered that there was no clothing line locally, at all, in this part of the world. So why not try to brand the east coast, and make people proud of where they’re from?

“We’re kind of the underdog of Canada,” he continues, referring to Maritimers. “People often don’t think they can stay here for work, and leave to get jobs elsewhere in Canada. Sometimes we don’t always appreciate who we are, where we live, and what we have here.”

Seizing the opportunity to stoke local pride, MacLean borrowed a scant $800 from his father for an initial investment of 30 hoodies – adorned with a design of nautical rope and an anchor – which he sold to friends and classmates who wore them around campus. He invested the profits back into the business to produce more hoodies, which his classmates were starting to gobble up. 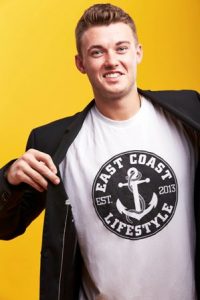 Fast forward to today, and MacLean has 32 employees working on the brand, selling East Coast Lifestyle apparel and gear in 82 stores across Canada and the U.S., and servicing even more distant markets through an online storefront.

“I kept rolling it off that $800 loan,” he says. “There have been no investors, or any other partners come in at anytime.”

MacLean, whose mother hails from Celtic country on Cape Breton Island, wanted to make Atlantic Canada cool again, and he has definitely helped improve the region’s image in recent years. But what exactly is “East Coast Lifestyle?”

For starters, it means sailing and surfing to MacLean.

“It is different for everyone,” he shares.

“For me, ‘East Coast Lifestyle’ is being proud of where you are from, and having the ocean as your hobby.”

But MacLean knows that there are a lot of lifestyles on the east coast, so his company tries to appeal to all of them, often through limited edition designs and regional exclusives.

“We break it down with tartans and landmarks from each of the different provinces. For example, we cater to Cape Breton with individual designs that are Cape Breton tartans, or we have the Cape Breton flag design. We have also done a logo with the Cape Breton Island behind our circle.”

As much as he loves seeing his fellow Maritimers sporting the swag, MacLean likes it most when East Coast Lifestyle products travel offshore, and then hearing stories of how his brand has connected people abroad.

“One person from Cape Breton was working in the Edmonton Mall. He saw a girl wearing an East Coast Lifestyle t-shirt – one with a Cape Breton logo – and asked her about what part of the region she was from. It turns out that she was from Inverness, and he was from Sydney.” 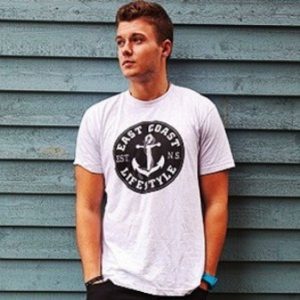 “It’s very, very humbling, very powerful,” says MacLean. “People are not only meeting new people because of the logo, but they are getting married too? Wow.”

He notes that the East Coast Lifestyle isn’t just designed for Atlantic Canadians. It may have started that way, but there are lots of east coasts around the world, and he’s begun seeing people elsewhere using his merchandise to express their own regional pride.

“We see customers that from Japan that are proud to be from Tokyo,” says MacLean, who has trademarked the brand globally. “It’s all about being proud of where you are from. Wear it when you travel around the world and watch what happens.

“I hope that the Celtic community can embrace the apparel and connect with others that might be of similar heritage. As we have already seen, the logo brings people together.”