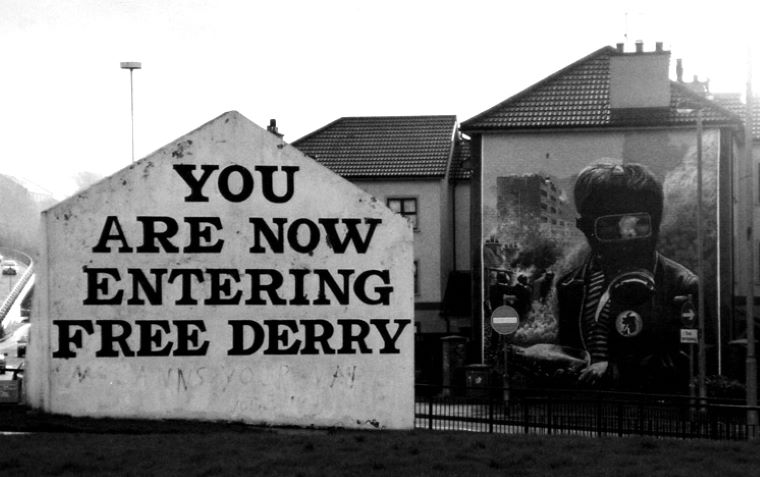 Thirteen men were killed – and many more people wounded – on Sunday, January 30, 1972, during the event that came to symbolize one of the deadliest days of the Northern Ireland Troubles.

Fifty years ago, members of the British Army’s Parachute Regiment opened fire on demonstrators in the Bogside, Derry, a majority Catholic area.

What came to be known as Bloody Sunday unfolded in broad daylight before the eyes of hundreds of witnesses.

Much of what happened was filmed and photographed by the media. Yet it still became one of the most disputed and controversial events of the troubles era.

The victims of Bloody Sunday
What happened on the Bogside on Bloody Sunday? Basic facts are beyond question: On that day, an anti-internment march had been banned by the Stormont government and blocked by the army. Rioting broke out, and troops of the 1st Battalion the Parachute Regiment raced into Derry’s Bogside area. Within minutes they fired 108 shots and killed 13 men, wounding many more. Then began a battle for the truth. The army claimed 1 Para had been attacked by the IRA and the soldiers fired back, killing gunmen and bombers. All told, thirteen were killed on the day and a fourteenth man died of his injuries four months later. The people of Derry said the dead were unarmed and innocent. 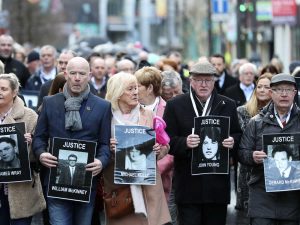 Widgery inquiry
A public inquiry under Lord Widgery came down on the Army’s side. Widgery’s findings caused outrage among nationalists – they branded his findings a ‘whitewash’. A campaign began for a new public inquiry, and in 1998 Downing Street ordered Lord Saville to begin a new investigation. It would take 12 years – the longest in UK legal history.

Saville inquiry
Saville was critical of the Parachute Regiment’s discipline and concluded the Bloody Sunday dead had been killed without justification. That heralded a campaign to have former Paras prosecuted. But the question over whether the Paras should be prosecuted remains unresolved.

Has anyone been prosecuted over Bloody Sunday?
Recently, authorities launched in investigation into a former Para, known as ‘Soldier F’. The former soldier was arrested over the deaths of three of the Bloody Sunday victims, and prosecutors said they had enough evidence to charge him with two murders, and four attempted murders. Last July, public prosecutors announced they would longer prosecute the soldier because statements from 1972 were deemed inadmissible as evidence. The reaction drew, condemnation from victims’ families and resulted in ‘Soldier F’ being named by an MP using parliamentary privilege. The campaign has brought the issue back into the spotlight, exposing the continuing political and sectarian divisions in Northern Ireland. In recent years, rows have erupted over the flying of Parachute Regiment flags on the outskirts of Derry, during the lead-up to the anniversary remembrance march.

Even now 50 years after the horror of January 1972, Bloody Sunday remains an unhealed wound.