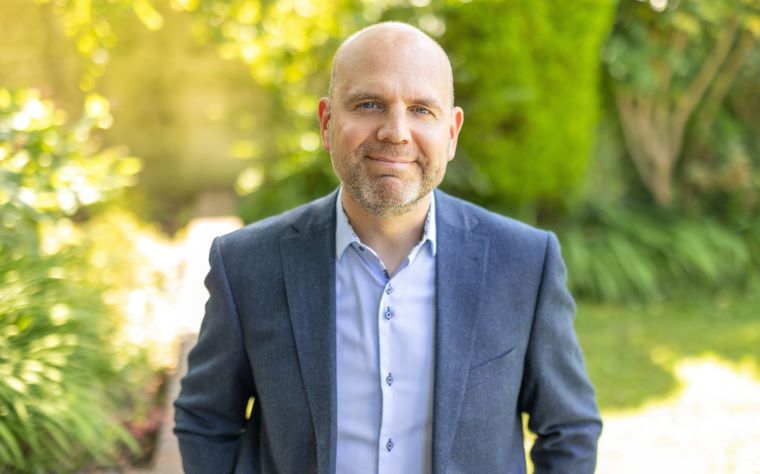 Irish author Mark Henry knows his homeland from both a professional and personal perspective.

“Practically every person with the Henry surname in Ireland can be traced back to either Counties Mayo or Derry/Londonderry,” he shares via email from his home in the seaside town of Malahide in north County Dublin. “We are from the Derry clan. I researched our family tree a few years back and found that my great-great-grandparents were evicted from their farm in 1880 for non-payment of rent.”

After studying psychology at university, Henry pursued a master’s degree in research while simultaneously completing a Diploma in Statistics. He then plied his trade in the world of business, before turning to do the same for the tourism sector.

Having spent the past two decades telling people all over the world what a great country Ireland is, he is on a mission to support his claims. To that end, and combining his love of both data and storytelling, he will soon publish his first book, In Fact: An Optimist’s Guide to Ireland at 100.

“As we approach the country’s hundredth birthday as an independent nation in December 2022, I wanted to celebrate our progress and to show readers how far we have come in every aspect of Irish life.”

Putting the work together, he notes, was a three-year labour of love.

“I wouldn’t have finished it on time if it were not for the Covid-19 lockdown. I rose at the same time every day and poured the hours that I saved from commuting into writing. The fact that my children’s sports activities were cancelled freed up lots of time at the weekends too! I consequently like to think of the book as a lockdown love letter to the Irish nation.” 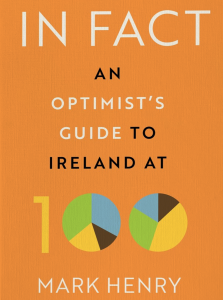 Despite the challenges involved (“finding the figures to populate one hundred charts to illustrate one hundred remarkable achievements of independent Ireland – my laptop was brimming with Excel spreadsheets!”), the rewards were well worth the effort.

“I honestly enjoyed every bit of it. I loved the detective work involved in tracking down the right data to illustrate a point of progress. I loved speaking to fifty different experts across every domain of Irish life about the country’s journey. And I loved synthesising all of that into hundreds of great stories that pepper the book.”

The process proved to be a steep, albeit satisfying learning curve for the scribe.

“We work 20 per cent fewer hours than our parent’s generation, yet we earn more than twice as much as they did when you allow for inflation. And inequality here is decreasing, unlike in many other developed nations. Half our adult population have completed higher education. Everyone takes a foreign holiday. And we are rated the eighth most peaceful nation on the planet nowadays. Thanks to improved health and nutrition, we are also taller than our ancestors – women have added 11 centimetres in height over the past century and men have added 12½ centimetres. And, positively, only 1 per cent of Irish people say they are unhappy.”

Henry believes that there are four things that explain why the Emerald Isle has outpaced other countries in improving its quality of life.

“Firstly, a high level of investment in secondary and third-level education over the decades has equipped many individuals to develop to their full potential. Secondly, the stability experienced by the country over one hundred years of uninterrupted democracy has enabled consistent improvements. Thirdly, the country’s strong community bonds have helped maintain a sense of equality and justice that has ensured that all boats have been lifted together – not one at the expense of another. And, finally, the fact that Ireland is such an open country has attracted investment and talent from all over the world and enabled Irish talent to shine on the world stage. It’s a winning combination.

“Ireland was ranked twenty-third by the United Nations for our quality of life in 1990,” he continues. “We have jumped 22 places in just thirty years to reach second place. That speaks to huge improvements in our material well-being, our level of education and our physical health and longevity. Those are meaningful improvements for ordinary people. If a country’s raison d’être is to improve the health and well-being of its citizens, then you have to conclude that Ireland has served its citizens exceptionally well.”

Utopia does not exist, of course, and Henry has identified ten key challenges that Eire needs to address to successfully progress in the century ahead, including tackling the climate challenge and biodiversity crisis, meeting the health challenge of obesity, solving the housing shortage situation, and increasing civic participation in democracy.

“The job of building a nation is never done. I want to get as many people as possible to read about Ireland’s success and to reflect on what they could learn in order to improve life wherever in the world they may be.”