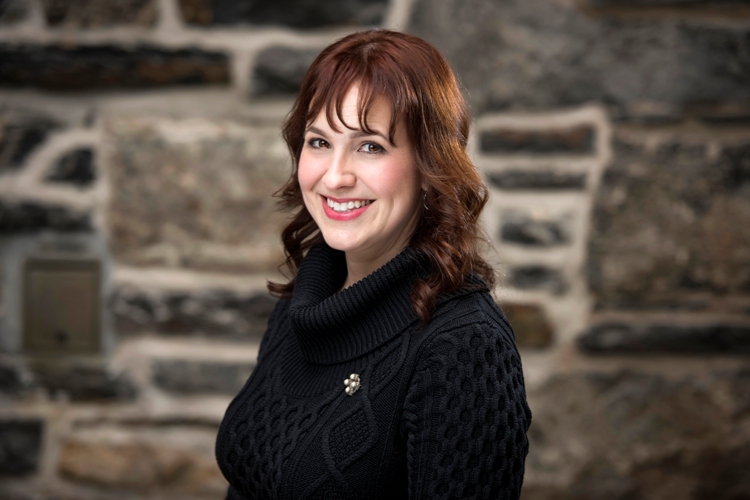 As a youngster, American-Canadian author, blogger, and scholar Dr. Emily McEwan-Fujita dreamed of working in the publishing industry.

“The very first time I got involved in publishing was actually in high school,” she shares via email. “I had my own science fiction fanzine publishing company called Green Cheese Press, and I edited and published about four zine issues.”

Following high school, the Chicago native – who boasts strong Celtic heritage – earned a PhD in Anthropology. However, over the years, the desire to work in publishing remained.

“I found my way back into it about three years ago when I decided to write a book. I self-published, which is not for everybody, but it turned out that I had exactly the interests and skill set for it. Very early in the process I received the opportunity to publish a friend’s Gaelic poetry collection, so that changed the mandate.”

Today, McEwan-Fujita is the president of Bradan Press, a Nova Scotia-based publishing company established in 2016, which focuses on preserving Gaelic language and culture.

“I wrote a post about bad Gaelic tattoos on my blog Gaelic.co,” she explains. “It went viral, giving me the idea for my book, The Scottish Gaelic Tattoo Handbook. Bradan Press is an extension of the original concept behind my blog and that first book – to present Gaelic language and culture in an accessible and engaging way.” 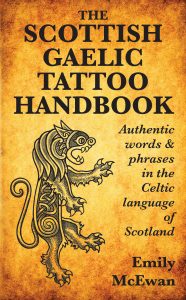 In addition to The Scottish Gaelic Tattoo Handbook, Bradan Press has published a number of works, including the Irish Tattoo Handbook, two works of poetry – Lavender and Seasons for Seeking – and the children’s book Fionn MacCool and the Salmon of Knowledge.

McEwan-Fujita says her work with Bradan Press has been “satisfying.”

“Everything that we are able to do with, and in, Gaelic helps to support the community – both economically and aesthetically – making it stronger for future generations.”

“Over the past year we became more integrated into the publishing community, both in Scotland and Nova Scotia,” she adds. “In May, we joined the Atlantic Publishers Marketing Association. And our book, Fionn MacCool and the Salmon of Knowledge, was approved by the Nova Scotia Department of Education for use in the school system to help teach children about Gaelic language and culture.”

Still, she admits, the vocation is not without its challenges.

“No one ever goes into Gaelic to get rich. There is also a constant struggle between serving two different reading audiences with conflicting needs. On the one hand, there are readers who don’t know very much about Gaelic but want to learn more. On the other, there is the much smaller reading audience that is fluent in Gaelic already. Each group of readers is looking for something very different in a ‘Gaelic book.’”

Despite those issues, McEwan-Fujita remains committed to preserving and promoting Gaelic language and culture, both at home and abroad.

“The Gaelic language has been quite deliberately erased from the history books, both in Scotland and in Canada. It is an ongoing struggle to remind people that Gaelic-speaking people, like me, do, in fact, exist…and we have been here for quite a long time. We use our language and live in our culture every day, and Gaelic literature is an essential part of that. It is actually a tradition going back centuries in Scotland, and even here in Nova Scotia, where the first Gaelic book was published 180 years ago.

“It is, however, more of a challenge for us here in Nova Scotia than in Scotland. We are still rebuilding the language community, and place a higher emphasis on teaching speaking skills over reading and writing. In the past in Scotland, the Gaelic literary community was geared towards teaching fluent Gaelic to adults. I believe it is important to focus on people of all ages who are in the process of learning the language.”

Bradan Press has a number of major projects lined up for the coming while, including Play It Like You Sing It: The Shears Collection – a two-volume book about the Great Highland bagpipe in Nova Scotia, written by Cape Breton piper Barry Shears.

“It is really an exciting time for us; the first two years were spent playing this mad game of catch-up. However, we have finally been able to start planning our projects further ahead, and we have some really amazing things in store for 2019 and 2020.”