Bradley Cooper is now an A-list star in the truest sense. Oscar nominations, critical acclaim and a good dollop of sex appeal have led the star of The Hangover and Silver Linings Playbook to become a Hollywood player of massive stature.

Cooper is currently one of the hottest tickets in town, though there was a time when it looked like that might not happen for the likeable 39-year-old, who for over a decade enjoyed only sporadic levels of success since his film debut in 2001’s Wet Hot American Summer.

But the cornerstone of Bradley’s success is surely the strong Celtic foundations he grew up around, as well as the attitude towards life that was instilled in him as a young child growing up in America. The acclaimed actor might have been born in Philadelphia, but it was those Catholic values of faith, spirituality and hard work drummed into him by his mother Gloria – an Italian American who worked for the local NBC affiliate – and his father, Charles Cooper, a stockbroker of Irish descent, that carved a path for him. 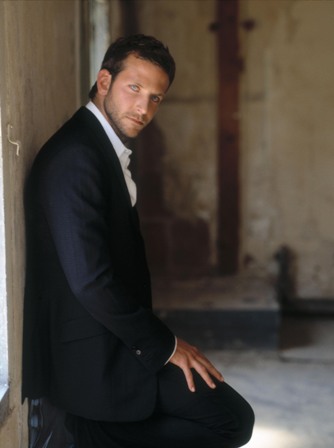 “I am definitely a product of my parents,” Cooper says. “The Italian is from my mother and my father was Irish. There are typical things you might expect because of that – I just love Italian food, I love eating and I love to cook. But there are important things as well, things that have shaped who I am, especially on my father’s side. I embrace all of that.”

Embracing his father’s outlook meant a firm, though not prohibitively strict, Catholic upbringing that he was happy to take on board. “I was brought up a Roman Catholic in the correct way. It was a rich part of our life and I wanted to be like my father. I was proud of his ancestry, as was he, and he was someone I really looked up to, in every aspect of who he was.”

The star of American Hustle says more of an emotional and spiritual connection was involved than mere idolisation of his father. Does that mean he believed in God? Does he still to this day? “I have had faith in God since I started going to Mass. The whole ritual of that means that you have to, and I wanted to. And I still feel that way today. I don’t know how you couldn’t in this day and age. I am still very spiritual.”

“A sad experience that changes you forever.”

It wasn’t just the religious aspect of his father’s influence that Cooper looked up to, but also the stockbroker’s enthusiasm for hard work. He says that Charles inspired in him a desire to work hard, and to savour the rewards. He admits life was about striving for the next level, and enjoying that thrill of doing something special that would benefit the family. “Because of that I’ve always been working, right since the age of 15,” he says. “It has just seemed the most natural thing to be working, and it’s an enjoyable feeling, it really is. It’s that sense of fulfilment.

It certainly explains Cooper’s current prolific output – he has starred in nine films that have either been released or are due to be released over a two year period – but the way he bought into his father’s example so much made it particularly painful when the man he looked up to passed away in 2011.

He said recently, “It was a very hard time for me. It was the kind of sad experience that changes you forever. I still have difficulty talking about him. When I was a kid we lived across the street from a movie theatre and my father turned me on to all the great auteur films from the 1970s and 1980s. I owe so much to him.”

But Cooper admits his father’s death has allowed him a sense of inner peace. For one, he’s not as hard on himself as he perhaps used to be. “I’m happy with who I am. Life is too short to play the game of who you are and how you’re perceived. I’m me – and I like that.”

Cooper’s stock has never been higher; never before has he been so in demand. He recognises just how important The Hangover trilogy was in not only raising his profile but allowing him to showcase enough of his versatile talent to make the most of his mainstream breakthrough.

“You know, we’ve all just been very lucky with that film, we really have. It’s afforded us the ability to do movies in between these movies that we really want to do because of the economic stability that they have provided, and all three of us had never gone into this business going like, ‘Okay, let’s make some money!’ It’s not ever what you think. You sort of go in going, ‘Okay, it’s going to be a struggle my whole life, but it’s worth it.’ And so that sort of comfort is just insane and never did I think that would happen. But it affords the ability to do these other things.”

He has been so busy over the last few years – does he have a hard time turning down films?

“That is a good question: if I am having a hard time saying no. I did four movies in a row, and two of which were movies that my best friends were trying to have get made and I was happy to do them, and I wouldn’t have just planned to go right from Place Beyond The Pines to this, but American Hustle was an opportunity and I thought, ‘How can I say no to David O. Russell?’ I think he’s one of the best filmmakers around. So it just sort of happened.” 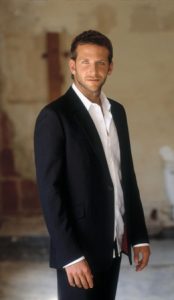 Leaving his wild lifestyle and bad habits behind him has helped with his productivity.

“I may still have a wild side but I keep it quiet!” he laughs. “I stopped drinking about 10 years ago when I realised it was getting out of control, and it wasn’t the kind of life I wanted to lead. It was a time in my life where I felt very isolated and was wandering around not very self-confident. I saw that I was going to ruin my life if I kept heading in that direction and so I just decided I had to sober up.”

And despite the red carpets, flashbulbs and parade of autograph hunters that follow him around, Cooper is modestly aware that standing in front of a camera for months on end is not the be all and end all. “I have a lot of curiosity about life,” he says. “I haven’t stopped reading literature and philosophy just because I’ve become an actor. I also love travelling and studying other cultures because that’s the kind of experience that gives me a more interesting perspective on the world”.

Still, Cooper hopes that his good fortune continues, and all the while he can maintain what is now a notable portfolio of mainstream success. Certainly, he is one of the few actors who you would believe truly merits the acclaim that has come his way. Although coming from such a strong Celtic background, surely no-one ever doubted how that particular storyline would play out.

“I think you get to a point in life where everything just seems to click into place – it’s your upbringing, your good experiences, your bad ones too. Getting to this point has been a fairly long process, and I know how fortunate I’ve been. I just had to keep working and believing in myself. I’m still driven mainly by the desire to grow as an actor and continue to work with great actors and tell great stories, and that will never change.”