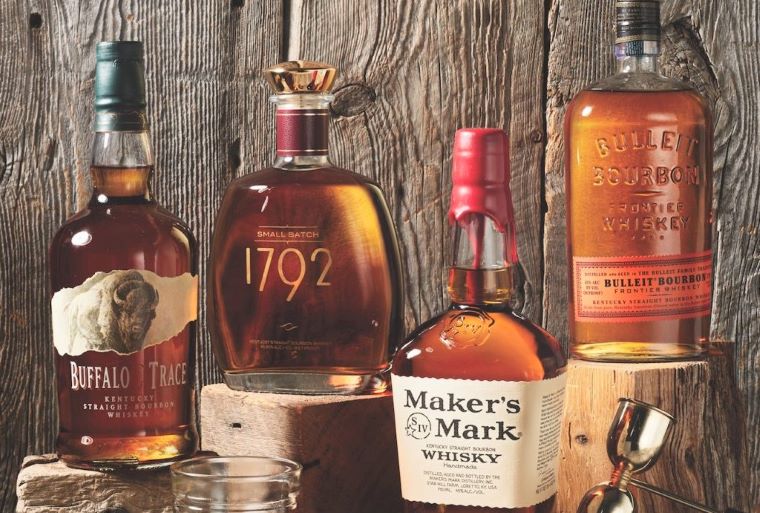 While beloved around the world, bourbon is one of the least understood of the world’s whiskies, a fact that is surprising when you consider that its manufacture is without doubt the most tightly regulated. However, there’s a lot more to bourbon than the rules that govern its manufacture.

Bourbon was born in tandem with the State of Kentucky, and even today the vast majority of it comes from that state. Settlers to the new frontier were granted 400 acres of land if they built a dwelling, planted corn and remitted one acre’s worth of it to the government as tax. Many of these settlers were from Northern Europe, Scotland and Ireland, where it had been common for farmers to convert surplus grains into whiskey. Not surprisingly many of the new colonists started distilling from the word go, and some of them chose to pay the government in whiskey rather than grain.

The chief crop of the new frontier was corn, which has a much higher sugar yield than the wheat, rye or barley that the settlers would have used for distilling in their homelands. It also wasn’t possible in the 18 and 19th Centuries to produce a whiskey purely from corn, because the grain lacks the enzymes found in malted barley or rye required for fermentation. So it evolved that bourbons were made from a mash bill consisting mostly of corn, some barley (generally at least 10 per cent) and either wheat or rye for flavouring. Today bourbons must be produced from a mash bill that contains at least 51 per cent corn. 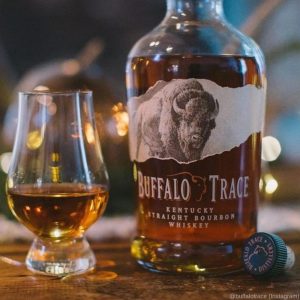 Today bourbon is matured in new American oak casks, for at least two years. The stipulation that the cask cannot be reused was a SOP to a powerful coopers union by the US Congress. This gives most bourbons an intensely toasty palate with lots of honey, vanilla and creamy tones. It also means inexpensive casks with lots of life left for the Canadian, Scottish, Japanese and Irish whiskey industries.

Kentucky’s bourbon distilleries are very guarded about their exact mash bill and the strain(s) of yeast (usually proprietary) that they employ. This is principally what gives each of the distilleries and or whiskey brands their own unique profile. Some producers, like Four Rose and Buffalo Trace, use different combinations of mash bills and yeasts to produce distinctly different bourbons with the same stills. Makers Mark distillery doesn’t include rye in its mash bills, which is the most spicy and flavourful of the grains, instead opting for red winter wheat which is much lighter and more delicate.

New distilleries making bourbon, straight rye and other types of whiskey are popping up in Kentucky and all over the United States, and existing distilleries are increasing capacity to meet demand. The bourbon industry has come a long way from the early days of sending an acre of corn back to the government in liquid form.

Buffalo Trace: One of the most iconic of Kentucky bourbons, it is perfect for cocktails or sipping neat and is nutty with creamy oak, lots of character and a hint of rye spices

Four Roses Single Barrel: Always a little different owing to the fact it is a single barrel bottling, this Four Roses is very fruity with spices and vanilla.

Knobb Creek: Very caramelized with vanilla and hints of rye, this nine-year-old Bourbon is produced by Jim Beam in small batches.
Maker’s 46: They take the regular delicate Makers and finish it with French oak staves to create a very smooth, spicy and fruity Bourbon.

Michter’s Small Batch: Produced in very small batches of less than 24 casks, this is a very sweet and smooth bourbon with notes of corn and drying rye.

Woodford Reserve: This is a single malt drinker’s bourbon, triple distilled in Pot Stills it has a round full body with layers of spice, grains, vanilla and coffee bean.