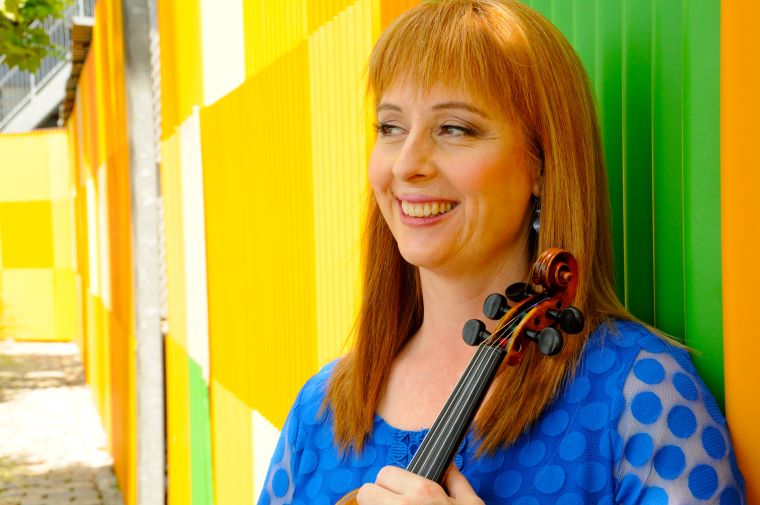 Cady Finlayson’s Celtic music origin story is something of a classic: after spending years studying and playing the traditional violin, she realized her passion was elsewhere.

“One year a lightbulb went off and suddenly my heart was in Celtic music,” she tells Celtic Life International via email. “The ballads reminded me of the folk songs my mom had played for us as kids on the autoharp, and the singing we would do in the car. The Celtic tunes made me want to get up and dance. That is how I knew I was supposed to be playing Celtic music. Also, I am part-Scottish, so it feels like coming home. Celtic music…really draws me in.”

Finlayson studied the Irish fiddle in New York (where she currently resides) with renowned fiddler Brian Conway. There, she received the President’s Award Scholarship to study at the Blas Music Centre in Limerick, Ireland.

“I have now been playing Celtic fiddle for more than 20 years, from libraries and retirement homes to festivals, bars, and concert halls. I write my own tunes in addition to playing traditional Celtic tunes, and I have produced several CDs.”

Over her career, she has released five albums, including her debut recording Shines Like Silver (2002), the popular Irish Coffee (2007), and her most recent album Celtic Purple (2019) – all of which combine traditional and modern styles of music.

“I love traditional Celtic tunes and I also love to play with them and add influences such as American folk and global percussion. The opening track of the Irish Coffee, for example, is a traditional Irish reel called Tuttle, and we added some serious percussion, turning it into more of a World Music track. For me, making the melody shine is the top priority, and I think that comes out in my playing.” 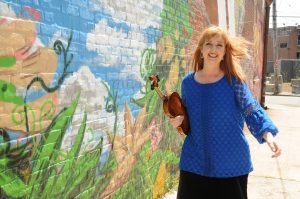 Finlayson’s career has been filled with highlights, including performances at Carnegie Hall and the McPherson Scottish Festival in Kansas.

As with others in the performing arts, however, the past two years have been trying at times.

“Spending all of 2021 on Zoom was a musical challenge. I taught violin online, conducted a Youth Orchestra online. I wasn’t able to perform live, but my love for music carried me through.”

Still, she is confident about the future of the instrument.

“Fiddling is sociable, fun, and provides the chance to bring one’s own individual style to music.”

“Many of my private students have shown an interest in Celtic fiddling and if you watched the surge of Sea Shanties on TikTok during the COVID-19 pandemic, you would see that the new generation is carrying along those old traditions just fine.

“I am lucky to live in a city and state where so much is being done to preserve and promote Celtic culture,” she continues. “We have Irish Arts Centers, the NY Caledonian Club, the NYC bar scene with Irish and Scottish sessions, and the Catskills Irish Arts Week which is a whole week of classes and concerts to keep the tradition alive. I do think there are opportunities to bring in new audiences because people are curious about it.”

The key to growth, she believes, is taking a fresh and holistic approach to entertainment.

“Sometimes just performing isn’t enough. People need a full experience, including a visual showpiece to accompany the music. I have worked with Irish dancers and experimented with TV and vide0, including creating and producing my own TV show A Fiddle Around Town that always includes Celtic music. I am constantly thinking now about how I can grab an audience’s attention in all ways. Sometimes that involves surprising them – like when I commissioned Dubstep dancer Alcy Caluamba to choreograph and dance to a Celtic beat.”

Finlayson is already working on her newest project; The Quiet Light Project.

“It is a multimedia production exploring blessings, poetry and wisdom from the ancient Celts. I was inspired by the words of poet John O’Donohue and the idea that we all have a light inside us. Music, videos and spoken word are blended throughout. That is for 2022…and I am really looking forward to playing live music again at some point soon.”