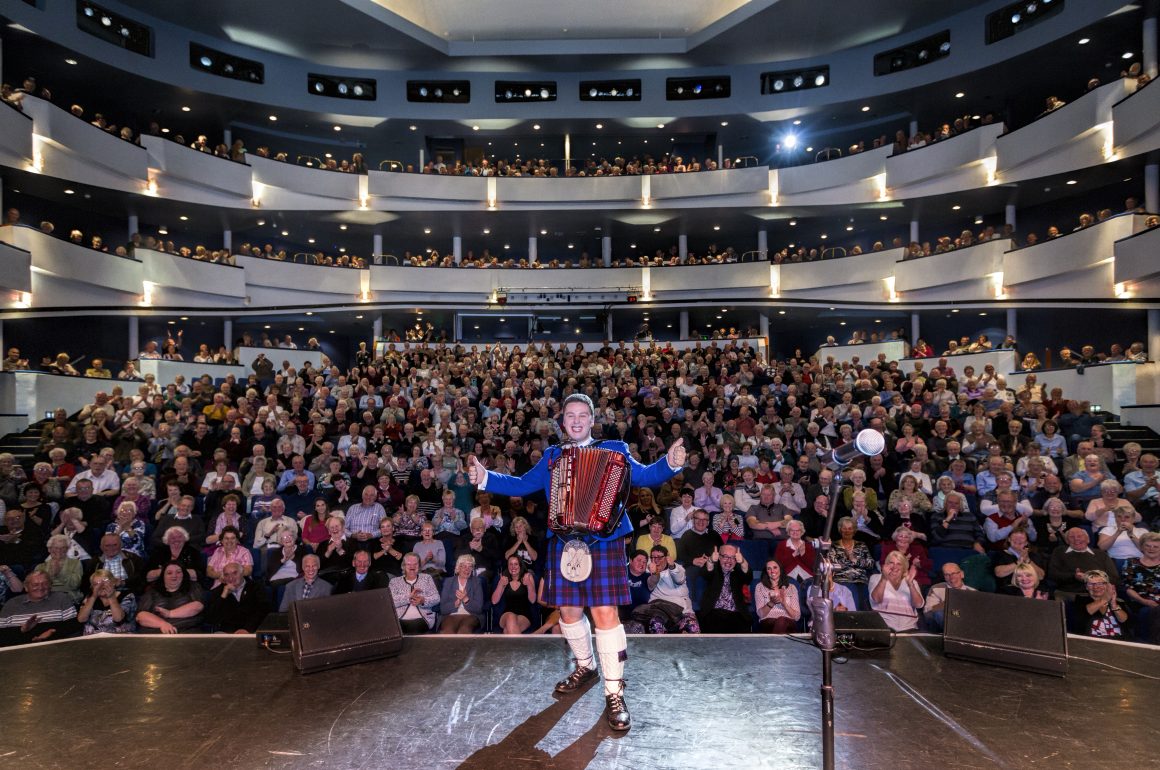 Brandon McPhee says that his love of music came honestly.

“I started the button accordion at age 10 because I was influenced by my grandad Donald,” he shares with Celtic Life International via email. “From the very first minute of playing the accordion, I knew that music was exactly what I wanted to do with my life.”

McPhee spent the next two years learning the instrument. He is mostly self-taught, and still learns to play most songs by ear.

The native of Wick, in northern Scotland, joined the country band Manson Grant and the Dynamos when he was 16 years old and his passion for playing and performing soon went into overdrive.

“I will forever strive to be the best I can be by giving it my best effort to attention and detail. There is no plan B for me.”

Though just 25 years of age, McPhee has enjoyed many notable moments in his career. Playing a variety of musical styles, including folk, country, and traditional melodies, he has performed for Prince Charles at Buckingham Palace, won the All Scotland Senior Accordion Championship title, and reached the top of both the Joyce Ramgatie Country Music and European Country Music charts.

He has also recorded several albums, including his debut A Starr is Born, which he released when he was only 11 years old.

Breaking into the music industry, he admits, has been a huge challenge.

“I would love to get my music much further afield and travel the world taking Scottish culture with me. National airplay is difficult to get in Britain now, and we depend mostly on the smaller and independent stations for airplay.” 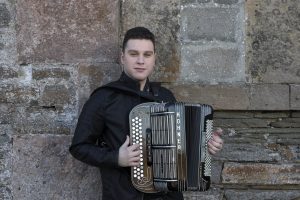 Still, he says the vocational rewards make it all worthwhile.

“The feeling I get walking on stage simply can’t be described. For me it’s got to be the best in the world. The best part is knowing that people enjoy, support, and share my music. I always go to the door to greet people at the end of the concert, and I am always so grateful how many people take the time to give me their thoughts on the show and how much they enjoy it. I think without the personal connection with audience I would not get the full benefit.”

McPhee believes that the role of the modern-day musician is twofold – creating great songs and then sharing them.

“A good song or tune is one that has a hook, catchy words, or a catchy melody that sticks in your head constantly – a song that has a true meaning to sing or play with feeling. I think a variety of music on stage that has been well rehearsed, and the band all compliment each other and know what they are going to do before they even do it. The audience plays a huge part in a good live show, and without the atmosphere and response it would just be a ‘show.’”

He muses that, as music is a universal language, all categories should be given their due respect.

“Music is labelled too much into different categories and some categories do not get the same recognition and promotion. Music never fades; it is the individual that decides to fade it. I wish there was more recognition for individual countries and their cultural arts – Scotland, Ireland, and Germany, to name a few. The Internet has been a great thing in terms of being heard on a worldwide platform, but with streaming and download royalties being lower than a boiled sweet no matter how many hundreds or thousands of streams or downloads you receive the financial rewards are very small.

“I think if there was better national coverage for musicians of all categories and better royalties online it would be a good start. I personally have always preferred a CD, cassette, or vinyl as you have something for your money to keep forever. I have released several CDs but never a record or cassette – maybe one day.”

McPhee says he is looking forward to what 2022 has in store.

“I would like to continue with even more concerts, getting further afield and spreading a little touch of our culture. I would love to tour Canada, the USA, Australia, and New Zealand one day. Sir Jimmy Shand is a huge inspiration of mine, as well as Foster and Allen, and they all toured these places – it is a huge ambition, and I will work as hard as I can to make it happen.”