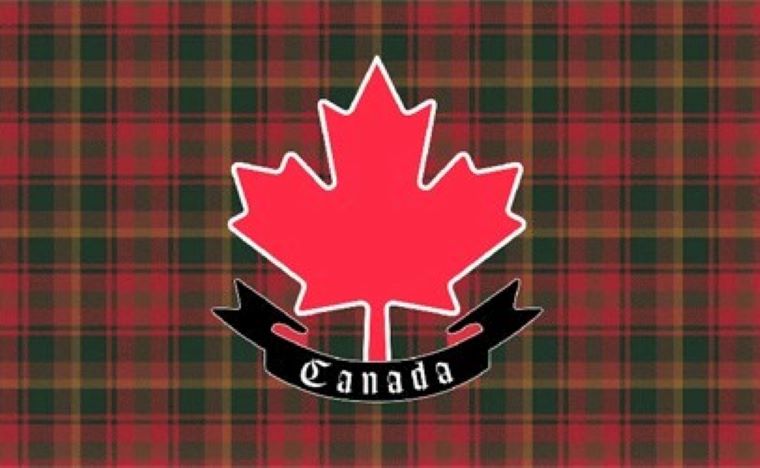 The connection between Scotland and Canada dates to the 17th century. The Scots have been immigrating in steady and substantial numbers for over 200 years. In the 2006 census a total of 4, 709, 850 Canadians, or 15% of the population, listed themselves as of Scottish origin.

The kingdom of Scotland established one of the earliest colonies in Canada in 1621, when Sir William Alexander was granted a charter for Nova Scotia. Alexander established small settlements on Cape Breton and on the Bay of Fundy, but they did not flourish and Scottish claims were surrendered to France in 1632. A few Scots immigrated to New France, but the major early movement of Scots to Canada was a small flow of men from Orkney – beginning about 1720 – recruited by the Hudsons Bay Company for service in the West. Soldiers from the Highlands of Scotland comprised the crack regiments of the British army that defeated the French in the Seven Years War. Many soldiers remained in North America, and Scots merchants moved on to Québec after 1759 where they dominated commercial life and the fur trade.

Between 1770 and 1815 some 15 000 Highland Scots came to Canada, settling mainly in PEI, Nova Scotia and Upper Canada. Most of these immigrants came from the western Highlands and the islands of Scotland. They were almost exclusively Gaelic speaking and many were Roman Catholics. They congregated in agrarian communities in the new land and, in the early years of the 19th century, Gaelic was the third most common European language spoken in Canada. A few Highlanders were brought to the Red River Colony the earl of Selkirk, and other Scots from the fur trade moved with their Indian families to Red River after 1821. In all these communities Highland traditions were preserved and for many years they remained distinctive ethnic enclaves. 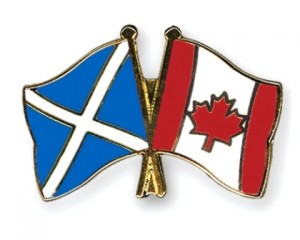 After 1815 Scottish immigration increased in numbers, and the pattern altered. Scots from the Lowlands area, encouraged by the British government, joined Highlanders in coming to Canada. Some 170 000 Scots crossed the Atlantic between 1815 and 1870, roughly 14% of the total British migration of this period. By the 1850s most of the newcomers were settling in the Province of Canada the rather than in the Maritime colonies. According to the 1871 census, 157 of every 1000 Canadians were of Scottish origin, ranging from 4.1% in Québec to 33.7% in NS.

The immigrants of this period represented a cross section of the Scottish population. Most were farmers and artisans, although large numbers of business and professional people were included, especially teachers and clergymen. Most of the newcomers were Presbyterians and most spoke English. They tended to live and fraternize together and were particularly active in establishing schools (eg, the St John’s College in Red River) that emphasized training for the talented.

Scots were highly visible in politics and business; men such as James Glenie and John Neilsen often led the criticism of elitist political structures, although other Scots such as John Strachan were members of the elite. The first 2 Canadian prime ministers – John A. MacDonald. and Alexander MacKenzier – were born in Scotland. Scots dominated the fur trade, the timber trade, banking and railway management; nearly 50% of the nation’s industrial leaders in the 1880s had recent Scottish origins.

Scots in Canada increasingly found themselves in an ambivalent position, both part of the dominant British culture and yet insistent on maintaining their own identity. It was largely because of their influence that the preponderant culture in Canada was British, rather than English, and distinctive Scottish patterns can be discerned in Canadian education and moral attitudes, eg, Sabbath observance and Temperance. Scottish moral philosophers strongly influenced philosophical teaching in Canada.

Since 1870 patterns of Scottish immigration and settlement have altered significantly, reflecting shifts in both Scotland and Canada. When population pressures in the Highland region lessened, Highlanders no longer immigrated to Canada in substantial numbers. In the Scottish Lowlands, urbanization and industrialization reduced the agricultural component of the population, and the percentage of farmers among immigrants to Canada fell correspondingly.

Meanwhile, in Canada burgeoning factories and cities were attracting Scottish immigrants, although many made their way to the last great agricultural frontier in western Canada. The flow of people from Scotland to Canada continued unabated, however. From 1871 to 1901, 80, 000 Scots entered Canada seeking a better future: 240 000 arrived in the first years of the century before WWI, 200, 000 more between 1919 and 1930 and another 147, 000 between 1946 and 1960.

Like most immigrant groups, the Scots since 1870 have shunned the Atlantic region and Québec in favour of Ontario and the West. A substantial population of Scottish origin in the Maritime provinces is native-born. Newfoundland, like Québec, has never had a significant Scottish population. Scots are widely distributed across the remaining provinces and territories in both urban and rural communities. Like most ethnic groups in Canada, the Scots have become increasingly assimilated into Canadian society, although still retaining an awareness of their distinctive heritage. Like other ethnic groups as well, the Scots have tended to focus on a few highly visible symbols of their origins, such as clans, tartans and Highland dancing. The number of Gaelic speakers has declined in Canada as in Scotland itself, and only a few thousand people, mainly in Cape Breton, keep the language alive in Canada.

The history and culture of Scots developed quite differently from that of other groups from the British Isles and Scots have always regarded themselves as distinctive from – indeed superior to – their English, Welsh and Irish cousins. Their pattern of immigration to and development in Canada is clearly unlike that of most other ethnic peoples, for it has been protracted over several centuries rather than being chronologically or regionally specific. Scots have never been sufficiently numerous to dominate, nor sufficiently lacking in numbers to vanish. Their Scottish background has on the whole served them well as successful Canadian settlers. Sufficiently close culturally to the English to become part of the dominant society, their Scottish background has provided them with skills and aspirations well suited to a developing country.