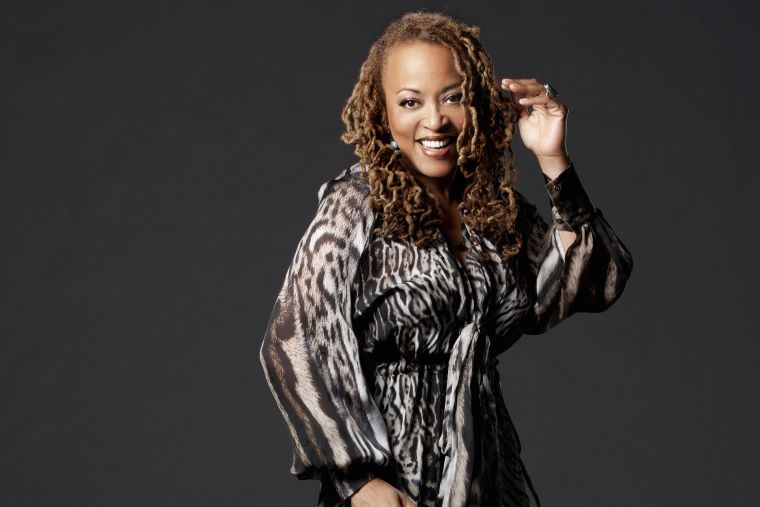 Even with an impressive resume of studio recordings and stage performances – not to mention years of critical and popular acclaim and an array of awards – vocalist Cassandra Wilson has things other than music on her mind these days.

“I believe that there is a spirit in each and every part of nature,” shares the 65-year-old singer via Zoom from her current residence in New York. “And that spirit has the power to heal. And our world needs some serious healing right now. Nature can do that.”

Wilson will soon be getting back to the garden herself, as she prepares to return full-time to her family’s old homestead in Jackson, Mississippi, where she was born and bred.

“I just think it is time for a change of scenery for me. Given the current conditions with COVID-19, I have been a bit depressed over the past year – I haven’t picked up my guitar in months, actually – so hopefully I will find some motivation back home. There are some really fantastic players down there, and I won’t be that far from one of my favourite cities in the world, New Orleans, which has always been a place of great musical inspiration for me.”

Fresh inspiration could not come at a better time for Wilson, who – like others of her profession – has struggled with the stoppage in work brought on by the coronavirus pandemic.

“The music industry has been completely decimated,” she sighs. “For musicians like myself who need to be on the road in order to earn a proper living, it has been devastating. Along with that loss of income, I miss meeting new people and seeing new places and all of the hustle and bustle of touring and traveling. Actually, I miss just having the opportunity to go somewhere other than the corner store.”

On the topic of travel, I relay the tale of my 2019 visit to Donegal where, on the wall of a small village bar called McGrorys Hotel, I spotted one of her concert posters. 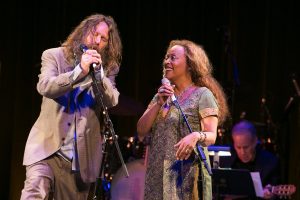 “Ah, Culdaff,” she smiles, referring to the venue’s locale. “What an incredible and beautiful part of Ireland, and the world really. And the people there were so warm and gracious. That was a very special experience for me.”

It wasn’t her first time on the Emerald Isle.

“I was in Cork in 1985 or 1986, I believe. It may have been part of the (Guinness) Jazz Festival. It was beyond lovely, and I recall feeling like a part of me was home. I remember everything being really green. In fact, I don’t believe that I had ever seen so much green in my life before.”

Wilson’s Celtic connection didn’t stop there; in 2017, she performed at the Olympia Theatre in Dublin with a bevy of brilliant “trad” players, including Liam O’Maonlai of Hothouse Flowers. The year prior, in Manhattan, she took to the stage with six-time All-Ireland fiddling champion Martin Hayes from Co. Clare and “trad” guitarist Dennis Cahill, whose family hails from Co. Kerry. And, in 2015, she was honoured with the Spirit of Ireland Award from the Irish Arts Center in New York City.

“Of all the awards that I have received over the years, that may be one of the most special and meaningful for me. I think a few people were surprised by that.”

While Wilson’s West African roots are no surprise to her fans and followers, her personal, ancestral ties to Eire, and to Celtic culture – which she first uncovered in 2014 – might come as a revelation.

“My father’s family name, Fowlkes, is Welsh, and my mother’s maiden name is McDaniel, which is Irish. Where I grew up, in my neighbourhood, it wasn’t uncommon for African American families to have Scottish or Irish or Welsh last names. It wasn’t something that we, as a people, ever really spoke about, however, nor do we really speak of it today, mostly as much of that narrative remains tinged with shame.”

She points to the heavy influx of Scots and Northern Irish immigrants who settled along the USA’s eastern seaboard and deep south during the late 1700s and early 1800s, and the ensuing enslavements of Blacks across the region.

“In all likelihood, these were often the family names of plantation owners who assimilated Black slaves into their homesteads. It is a difficult narrative for many African Americans, and the idea of our people having – and honouring – their Celtic ancestry isn’t something that has ever really been explored or examined in any depth.” 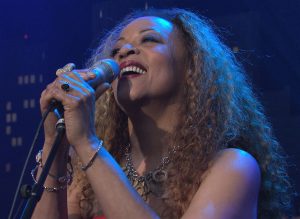 There have been, however, exceptions on that perspective.

“The politician John R. Lynch (1847-1939) is one example of someone of colour from the South who embraced his Celtic roots. He was bi-racial, I believe, and he was quite proud of both sides of his family. And there were also many others in the area at that time, and in the years that followed, who were the result of bi-racial relationships or marriages. That is certainly nothing to be ashamed about.”

Given recent events across the United States – the murders of Floyd George and Breonna Taylor and the rise of the Black Lives Matter movement and protests – it is clear that the country’s longstanding racial divide remains.

“I am not sure which is worse; the blatant, obvious kinds of racism, or the subtler variety that sits just below the surface. Regardless, they are both stupid. All I know is that ignorance still exists everywhere, and I believe that it isn’t the unknown that tears people apart – it is the fear of the unknown.”

She holds out hope, however, in the young people of today.

“With the world at their fingertips, they have greater access to information – and the ability to share those new ideas – than any generation that came before them. They are not only informed, but they are empowered, engaged and proactive about what matters to them. If anyone can change a narrative and heal the planet, they can.”

Music “has charms to soothe the savage breast” as well.

“Music can reach inside of people and challenge them, change them. It spoke to me as a young person, and it still speaks to me today, both as a fan of music and as a creator of music. I always have to be ready to answer to the muse, either with a notepad or with some sort of recording device, even if it is three o’clock in the morning. I still get some of my best ideas in the middle of the night. Or on long walks out in nature, by a lake or in the woods, where there is plenty of empty space. It is important, for anyone – and perhaps now more than ever – to get in touch with those thoughts and those feelings.”

Going home will likely give Wilson the time and space to do just that.

“Well, that is my hope. That part of the U.S. is rich and robust in natural beauty, and it is filled with spirits. The culture is very diverse also – sort of this unique, hybrid mix of African, English, Irish, Scottish, Welsh, Spanish, some Haitian and Gullah – more spirits. Lots of different types of whiskey too – maybe my favourite kind of spirits! 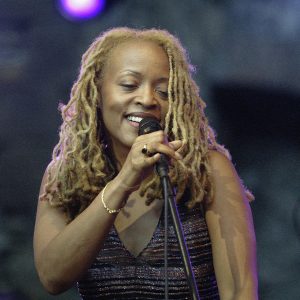 “And musically, it is all over the place as well, which I love. There are so many distinct styles going on – blues, country, gospel, roots, rock – which is inspiring for artists of any sort, especially those who like to break the rules once in a while.”

Bending the notes – i.e., breaking the rules – is something that Wilson has built her career upon.

“My roots may be in jazz, which is wonderful as it has given me a really solid musical foundation, but I have never been constricted to one genre or another. That didn’t always please the purists who thought I should ‘know my place’ – in fact, I have been arrested by the ‘jazz police’ a few times. I have nothing against those folks – and I completely understand and respect where they are coming from – but I love, and I am inspired by, all types of music.”

Often – as evidenced by her stirring version of Son House’s classic Death Letter Blues or her torrid take on Billie Holiday’s spellbinding Strange Fruit – that music can be stark and sparse, calling to mind both Leonard Cohen’s line “there is a crack in everything, that’s how the light gets in” and the ages-old adage “music expresses that which cannot be put into words and that which cannot remain silent”.

“The heavier tunes – that is the spirit expressing itself also. Finding my voicing in those songs, singing them, is a natural, organic process and one of the ways that I exorcise whatever demons I might be carrying around. Those darker thoughts and emotions – maybe old wounds – need to come out of the shadows, and into the light, in order to heal.”

Listen to our conversation with Cassandra Wilson here!