Catching up with Kizzy Crawford 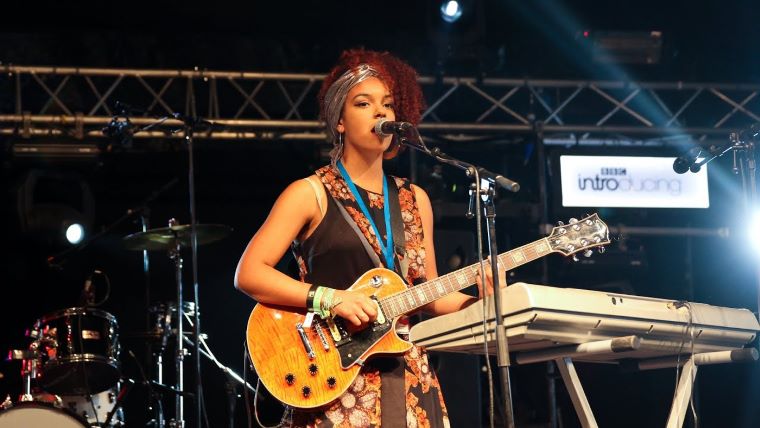 Since breaking into the Welsh music scene as a teenager, Kizzy Crawford has picked up a variety of instruments and tapped into a fusion of folk, jazz and soul. With a new album set to release this fall, the bilingual songstress sat down with Celtic Life International via Skype to discuss her past, present and future.

Crawford was born in England, but her family moved to Wales when she was just three years old. That’s when she first began learning the Welsh language.

“Welsh is really my second language, but because I was so young when I started speaking it, it feels like a first as well as English,” she shares. “It’s really great for me, because I have two languages to express myself in.”

Currently living in Merthyr Tydfil, Crawford started writing songs the at age of 14 and hasn’t stopped.

“We were going through some hard times with the family and I discovered song-writing as a way to process my feelings. It became a hobby and I was composing pretty much every day.”

At the encouragement of her mother, Crawford decided to take the stage: by the time she was 15, she was showcasing her talents by performing at open mic sessions, where she started garnering interest. For many people in the area, it was a surprise to see a mixed-race person who was also able to speak Welsh.

“Growing up, I didn’t have any examples of Black or mixed-race musicians on the Welsh music scene,” she says, adding that she “wanted to inspire other mixed-race girls in Wales.” 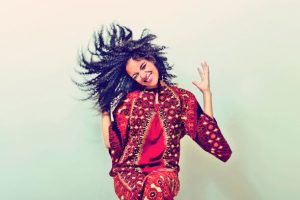 Crawford hit her stride in 2012, when she won the Arts Connect Original Singer-Songwriter prize. Soon after, a manager came on board and the gigs started piling up.

“It has been really amazing – the amount of support that I have had and continue to get.”

Over time, Crawford wanted to create a “fuller sound” onstage and began incorporating effects into her live performances, including a “loop” pedal – a device that records short segments of music and plays them back repeatedly. She bought one specifically for another competition and entered with an original song called “Caer o Feddyliau” (Fortress of Thoughts) – an intoxicating tune filled with layered vocals, guitars and percussive sounds.

“I love the opportunity to add different sounds into the loops that I make,” she notes.

“For example, recently, I’ve just got a saxophone and it is a great way of adding more sound and production into my shows.”

“I try to add as much as I can to create that a full band sound. It is a lot of fun onstage, as I am always doing something. The audience finds it really interesting as well.”

Crawford’s musical influences include Joni Mitchell, Fleetwood Mac, Massive Attack, Omar Lye-Fook and Steely Dan. She draws themes from Welsh poetry and history, with a particular penchant for writing songs about strong women. Her 2013 debut single – “The Starling” – tells the tale of the Welsh legend of Princess Branwen. After being mistreated by her husband, Branwen trains a starling to send a message to her brother, asking for rescue.

That interest in female empowerment is inspired, in part, by her mother.

“My mom is so strong and amazing, really. The fact that she has been able to bring up five kids on her own. There are a lot of places in the world that women are not recognized as strong figures, so I am really keen to bring that message to the forefront.”

At 23, and though with plenty of accolades and experience already under her belt, Crawford believes that she is just getting started. She has been prepping for the fall release of her first full-length album, The Way I Dream, which will be followed by a tour.

“Another massive thing in my life is that I have just received an autism diagnosis. That is opening a lot of doors for me in terms of knowing myself better, and I am excited to explore that in my music.

“Music plays a huge role in inspiring people and my hope is to help make the world a better place through my songs.”