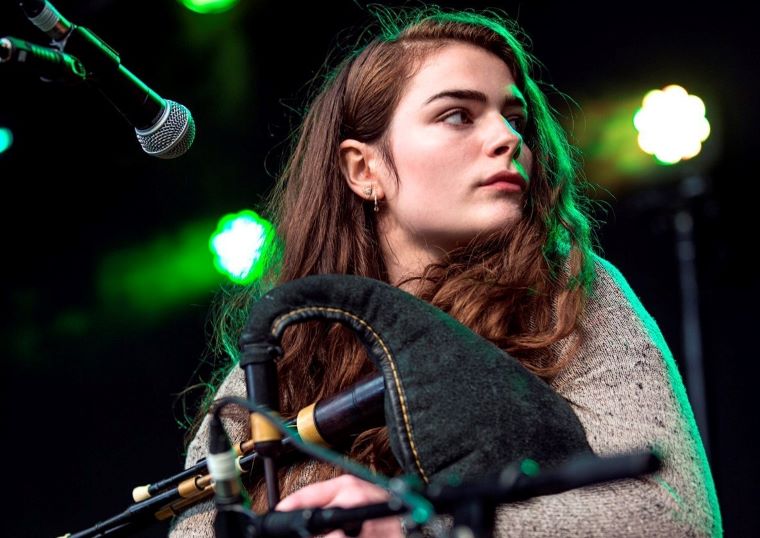 It is no surprise that Brighde Chaimbeul developed a passion for piping.

“While my mother was pregnant with me, she was working on a sculpture based on the ceol mor Lament for the Children,” she recalls via email from her home on the Isle of Sky. “Dr. Angus MacDonald was playing the tune as she worked on it, and it was likely the very first time I heard the pipes!”

By the age of seven, Chaimbeul had picked up a set of her own.

“I was inspired by the legendary Rona Lightfoot from South Uist, who I heard play in Dublin when I was very young and, almost amazingly, she continues to be an inspiration to this very day. It was my neighbour, however – who had taught himself the pipes – that gave me my first ever chanter lessons.”

“My music revolves around the traditional make up or drone sound of the small pipes. I love playing and finding old traditional tunes, because they fit so well with this type of sound. My listening taste is quite traditional as well, and I love basic or solo set ups which simply lets the melody and rhythm of the tune make its music.

“One of the techniques I often use is changing the key of the chanter by covering some holes with electrical tape. This allows me to play a slightly bigger range of tunes. Many of the older songs are in minor keys, and using the tape gives me an opportunity to work with these pieces.” 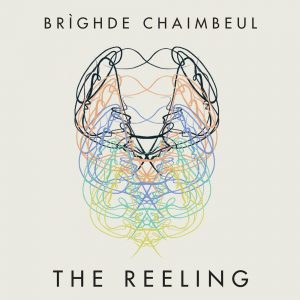 Chaimbeul has enjoyed many career highlights over the years; in 2016 she won the Young Folk Award from Radio 2, and in 2018 she performed at the Cambridge Folk Festival. Most recently, she released her debut recording The Reeling.

“I had the chance to work with some legendary musicians on the new album, including Rona Lightfoot, Aidan O’Rourke and Radie Peat. To record it live amidst the amazing and beautiful setting of Cromarty East Church was beyond memorable.”

Equally rewarding, she adds, is touring.

“It is all about the people I meet and play with, and also the experience I get from traveling to different places to play music.

“I love hearing different styles and having the opportunity to perform tunes with different people – it is never mundane, and not one gig is the same.”

The vocation, she admits, is not without its challenges.

“Because of all the travel and scheduling involved, I sometimes feel a little less grounded and settled in terms of my routine and day-to-day activities.”

Still, she cherishes the chance to work with younger pipers.

“As someone who plays and spends time with many musicians, I would say younger people are still very interested in the pipes. In the world of folk music piping is loved and respected. But, even for those who have never played the pipes, or might not be that familiar with their sound, there is something very earthy about the instrument that can be quite appealing.

“That said, we still need to reach a wider range of people. Piping should not necessarily be constricted to any particular genre – like, for example, ‘folk music’ – so that we can better reach audiences who might not normally listen to piping or traditional music.”

In addition to both a European tour and a follow-up recording, Chaimbeul plans to focus her attention on the preservation of Gaelic language and culture over the coming while.

“My first language is Gaelic. There are some fantastic groups and individuals who are promoting the music and language around the world, and there is a rich archive of traditional songs, music, poems, literature, and artwork here in Scotland that is being collected and preserved. It is vital, however, that we promote Gaelic culture in everyday life, especially with regard to young people. One of the ways that we can best do that is by sharing this wonderful music that has been passed down through many generations.”