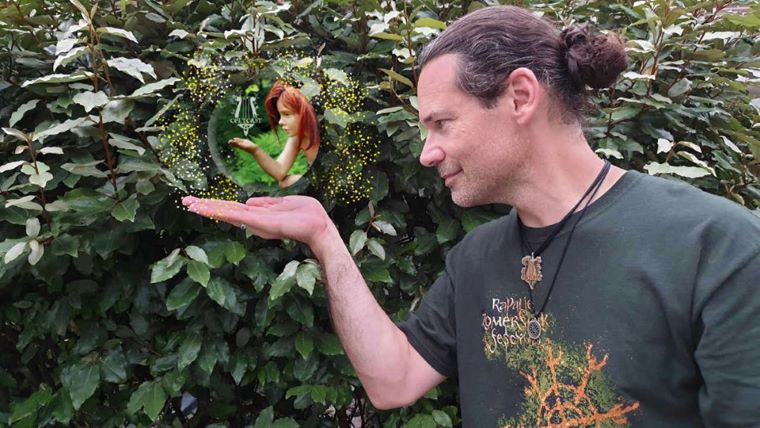 Although both Dutch – with hints of Nordic and Spanish heritage, respectively – Arjan de Groot and Alex Sealgaire were inspired by the music of the ancient Celts and Germans for their popular community radio show, CeltCast.

“Emotionally we both have always been more connected to the old, pre-Christian heritage – Celtic and Germanic – than we are to the cultures that were brought here by the Romans,” shares Sealgaire via email. “Historically the Netherlands are at the crossroads of both Celtic and Germanic countries, and so these two cultures heavily influence the music that we play on our station. The Netherlands has also always been a sea-faring, trading nation, and has had contact with a whole range of other cultures which, combined, have grown our own. All of these influences spice up our radio stream.”

It was in 2014, after the duo discovered a shared passion for music, cultural and history, that CeltCast was first launched.

“We started the station for a couple of reasons,” recalls de Groot. “The Folk music scene brought us so much love and joy over the years, and we really wanted to give back to that community. Not being musicians ourselves, starting a band was out of the question. So we decided to start a radio station, though always with the intention to be more than just a channel for music; we wanted to give bands a platform to connect with people in the music scene, including other bands, festival organizers, graphic designers, folk enthusiasts and more.”

Since the start, the volunteer-run organization has maintained its original mandate. 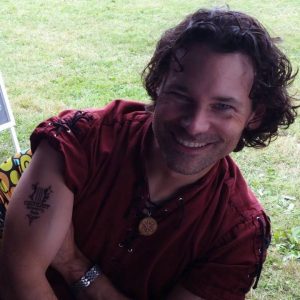 “Our goal has always been to strengthen and grow the Folk music scene,” continues de Groot. “We love to share this passion with as many people as possible. At the same time, through the music and the stories, we come in contact with a very rich history and we feel that we can play a part in not only promoting this shared past, but also in preserving it. So while music is the thread that binds all aspects together, we are always expanding our mandate, and the means by which to achieve it all.”

Originally, CeltCast operated solely as a radio station, relying on social media channels merely as a way to boost their audience. Today, however, those channels are a central component to the entire business model.

“A lot of our business now happens on social media,” shares Sealgaire. “We have been using it more and more, helping us towards our goals of growing and strengthening the Folk scene. We are active on all main platforms, and we try to reach as many people as possible. Part of how we do this is by cooperating with bands and events. As we share their music, they share our station, and so together we can grow. We can attract a larger audience through the big names supporting us.”

The two admit the project does not come without its issues.

“We are growing so fast, we need to attract the right volunteers,” continues Sealgaire. “It is always good to have people around as a sounding board, accompanied by some nice coffee or tea, but there needs to be an underlying passion and the ability to invest enough time. It is amazing to have already found 15 of these incredible volunteers, but we can always use more. There is a lot of work, and only so many hours in a day.”

Still, they say, the rewards far outweigh those challenges.

“We receive so much amazing and beautiful music from all over the world,” notes de Groot. “And we have been able to play a part in quite a number of awesome new connections, leading to new projects, new music, new events. The ultimate reward is being that we are able to do our part in making people’s lives, and thereby the world, more enjoyable.”

This year marks CeltCast’s fifth anniversary and the pair have several things lined up in celebration. In addition to numerous festival appearances – including visits to England’s Fantasy Forest Festival and Germany’s Festival Mediaval – they are looking to create a CeltCast Foundation to further preserve the music and culture.

“There is something about acoustic music that touches people’s souls,” says de Groot. “When shared with others at a festival, it creates a connectivity between people. It is simply amazing to be able to play a part in that and to keep the spirit alive.”