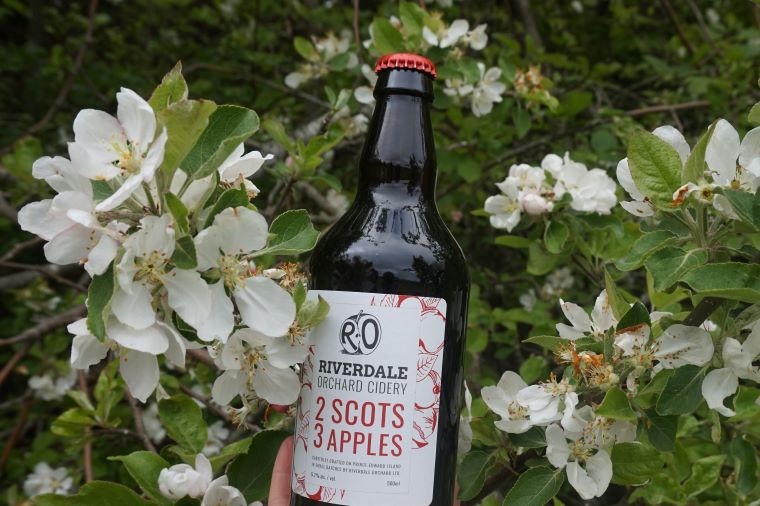 While craft beers, spirits and wines have long-dominated the liquor landscape in Atlantic Canada, craft cider – a crisp concoction composed of high-quality apples – it set to become the region’s new go-to brew.

Alex and Anne Jamieson hope it is here to stay.

“We are originally from the U.K.,” shares Anne via email. “Cider is a major player in the industry there, and we had a feeling that it would become very popular in Canada as well as an alternative alcoholic drink that pairs nicely with all food choices or can be enjoyed equally on its own.”

Though the couple spent most of their lives in Scotland, they relocated to the east coast of Canada five years ago. 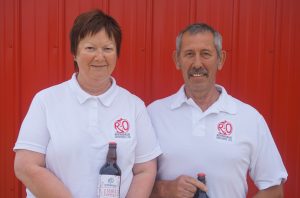 “Our initial idea was to retire in Scotland,” recalls Anne, “but there was a slight change of plans. We left Glasgow and landed as immigrants in July of 2014 in Halifax, Nova Scotia, on our way to Prince Edward Island, where we had decided to make our new home. We were looking for a new adventure and a change in lifestyle.”

With a background in the Tourism and Hospitality sector, Anne wanted to break into PEI’s strong tourism market. The decision to get into the cider business came from what she calls an “eureka” moment.

“I turned to Alex while we were sitting at a large networking meeting and listening to a keynote speaker who had mentioned orchards. I decided then that we would make cider. We had made very small batches of cider in the U.K. and opted to turn that hobby into a sustainable and evolving business. After a long journey – both metaphorically and literally – we sold our first bottle of cider.”

By the summer of 2018, the duo had launched their fledging business – Riverdale Orchard – and began to bottle their signature creation, 2 Scots 3 Apples.

The process, Anne explains, was not an easy one.

“After meeting with PEILCC (Prince Edward Island Control Commission) over 4 years ago – when we had first decided make cider – we discovered that we had to have a minimum of a 3-acre orchard adjacent to the production facility.

“Undeterred, we bought 45 acres of farmland in Riverdale a few months later and prepared a 4-acre field for the planting our first orchard. While it was growing, we completed a NACM (National Association of Cider Makers) at Cornell University in the United States, before returning to the U.K. to further developed our knowledge and skills by working with award-winning cider makers there.

“We are now quality craft cider makers, using only traditional artisan methods in the making of our product.” 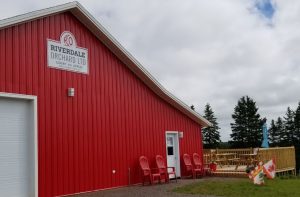 “We decided that we would stick to our U.K. roots and make a crisp, dry, slightly carbonated cider, containing no added sulphites” continues Anne. “2 Scots 3 Apples -named so because we are two Scots, using three apples – is made using only the juice of three varieties of apples and nothing else. Our cider takes between 4 and 5 months to make, as opposed to 6 to 8 weeks with different methods and additives. We use cold fermentation and rely on the wild yeasts which are naturally present in apples. Once fermentation has stopped, we rack off our cider and let the flavour develop until it reaches the profile that we are looking for, hence why it is a slow process. You cannot hurry nature.”

The biggest reward, however, has been appreciation.

“Seeing the smile on our customer’s faces and hearing their fantastic compliments when they have their first sample of 2 Scots 3 Apples Cider in The Tasting Room at Riverdale Orchard is more than we could ask for.”

In addition to adding more choices to their current cider menu, the pair also hopes to grow their business by hosting more events throughout the year and exporting their products further afield.

“At the end of the day we want to be able to take consumers on a journey – from the orchard right through to our end product, our cider.”